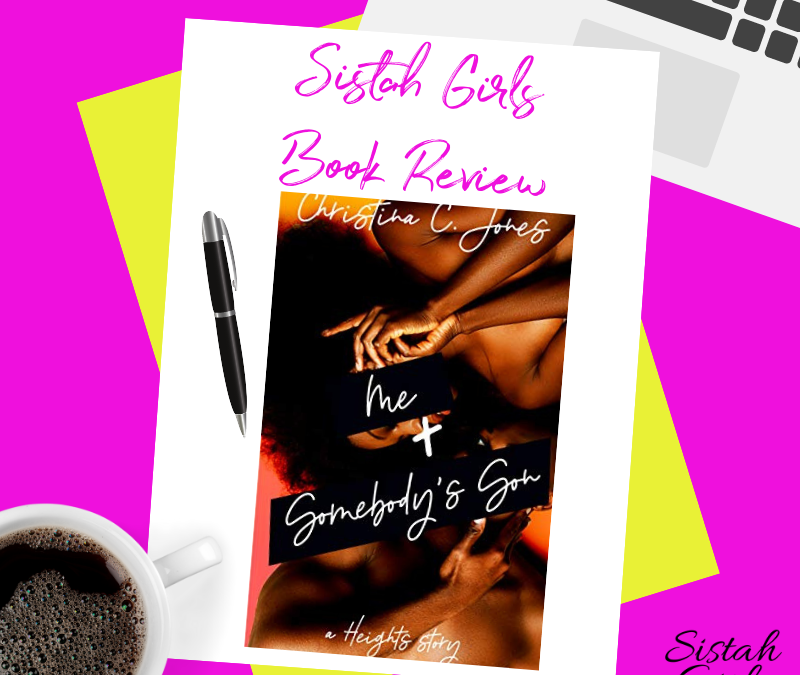 Me + Somebody’s Son: A Heights Story by Christina C. Jones

So, every man alive is somebody’s son, granted that is a fact. Ladies, this son was taste buds tantalizing and panty-dropping delicious as Christina Jones described him.

The story is about a Haven, who loves to have a good time. She thinks of men like toys and loves to play with what they bring to the party.

The problem? She isn’t ready to be in a relationship–she stops, drops the goods, and then she rolls out. Yeah, my kind of girl, and she owns her skills. The men Haven dated always sent flowers, gifts, and stuff, and all she left them with was sadness when she ghosted them.

The last guy sent her an elegant display from Posh Petals. The floral arrangement was exquisite, so she opted for another one. Who would imagine a trip to a flower shop would lead to meeting Mr. Heights Hottie #5?

Who is the Flower Man?!

Haven learned the designer was August. The same August that’s the smart dude from back in the day when the crew attended Blakewood State University or BSU. At the time, Haven’s connection was a big-time athlete named Marcus. And the likelihood Haven ever noticed August the geek–nil.

Haven realized she knew August from college, he was different now, more attractive, yeah! The sparkle in her eyes told the story. To behold that first look of recognition that the geek was now great. The story delves into their past and the six-degrees of separation connection.

There are a few other characters you might remember Scattered Seeds Publishing owned by Toni, who married the Wright Brother- Justin and Haven’s best friend. And Posh Petals–owned by Simone from A Crazy Little Thing Called Love.

Also, the mentions of previous Heights businesses bring back lots of memories of earlier books. Christina Jones always delivers a  great love story using everyday people, doing regular things. It would be great just to hang around and watch the magic happen.

The dialogue between characters is so good. The way the characters interact is like watching a good television show with sound writing. When Haven tried to explain to her friends Jemma and Toni about her lust for August and her reticence with his friend, it was hilarious…

“What’s his name again?” August, I told her, “And are we really about to have a whole discussion about his looks, instead of what ya’ll come to the Heights for?” Toni smirked, “It’s not only about his looks–it’s also about if you’re gonna fuck him.”

The chemistry between characters is always the chocolate icing on the cake!

It was apparent after the date August and Haven made a love connection but was she ready to give up her free-spirited ways to focus on just one man?

After they decided to take a step outside their boxes, it was so much fun to listen to their conversations about their relationship that was not a relationship, and the fact that Haven liked August, you know, Somebody’s Son.

Loved this read, if you read it let me know!