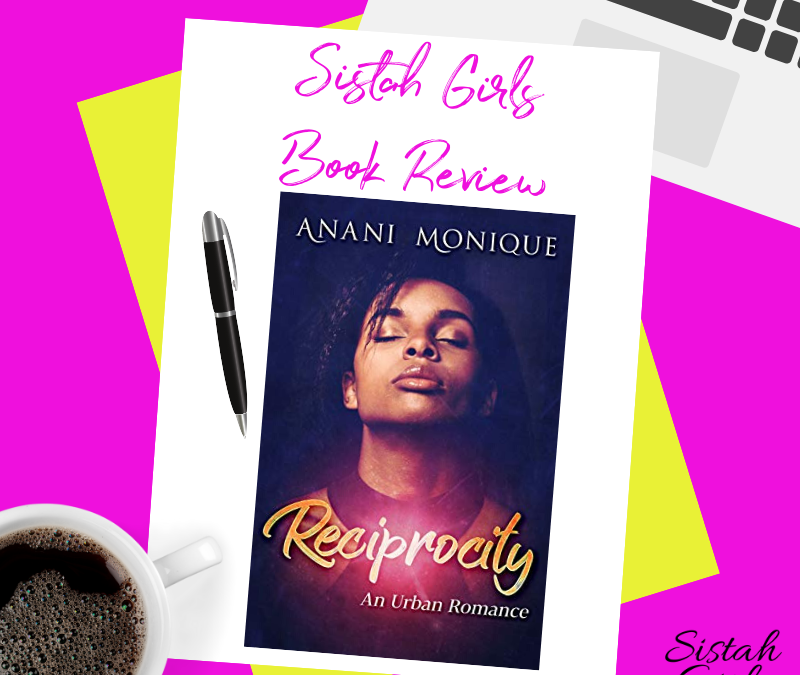 Uhh, I’m definitely still trying to wrap my head around all that happened in this book. Did I like it? Yes! But honestly, while Reciprocity read much like a suspenseful Urban Romance with a plotline that held my attention.

“Tell me everything. Who you are, who he is, I want to know everything.” -Ms. Ella speaking to Portia

Fearing for her life Portia left home and relocated to a small town where she is working in a dollar store earning minimum wage just to make ends meet.

When readers meet her six months later. Portia has one friend, an older lady by the name of Ms. Ella. After being radio silent with everyone she decides to call home to hear her father’s voice. Not too long after that call home, her world crumbles.

“I don’t know how to love,” his deep, raspy voice informed. -Roderick

Roderick is a known hot head in the NBA with a mega ego to match his multi-million dollar net worth. In fact, his initial run-in with Portia doesn’t really go so good due to his cocksure attitude.

Roderick is King of the a$$holes, with no idea that eventually his path would cross hers again, not knowing that she will seemingly change him. Portia comes along and ultimately rearranges his heart towards love and life.

No, Roderick doesn’t want to fall in love but it happens anyway. However, it’s when Roderick teaches Portia about Reciprocity after sharing his past and him learning some things about hers that the course of their lives is forever changed.

Portia is in hiding but as her world continues to collide with Roderick’s things become deadly.

While Reciprocity held a storyline that wasn’t new, the author most definitely put her own spin to it. It’s considered an Urban Romance but I more so considered it a Suspenseful Urban Romance.

The situation gets dicey and on more than one occasion you find yourself on edge wondering how things will turn out and turn around for the better.

The characters and story were good. Coupling that with the writing of the story itself lets me know that this author has major potential.

As I stated in the opening of this review; I gave the book 3 Stars because it pretty much read like a rough draft. Annnd I’m talking a second or third copy maybe but a rough draft nonetheless.

I’ve of course read books that need better editing before and have been able to overlook it occasionally. Unfortunately, this was not one you can just overlook, simply because it interrupted my enjoyment while reading. I encourage this author to get at least 3 Beta readers she can trust along with an editor she trusts as well.

Series: No. At least not that I know of.
Recommendation: If you’re looking for a Suspenseful Romance check it out and let me know what you think.
Plot/Storyline: The theme while not new has a great spin to it. It’s fast paced with a love story thrown in the mix.
Writing: Writing was good however an editor or even a good proofreader will help out more in the future.