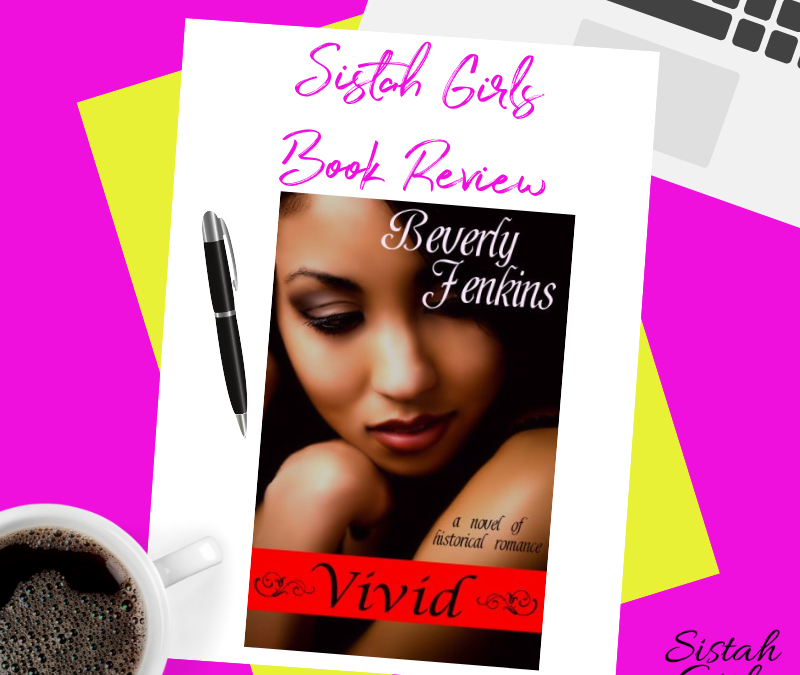 That good feeling you get when you find a good read. Yeah, it’s AWESOME!

“Would you give up a fortune to be a wife? Vivid looked up into his eyes. ” A fortune, possibly. My Medicine, no.” – Nate and Vivid

Dr. Viveca Lancaster, affectionately called Vivid by family and friends is one of my favorite heroines to date. For one, she’s not only a female Doctor in a time (the 1800’s) that it’s almost unheard of but she is a female of color that is a doctor.

Never one to back down, Vivid is a quick thinker, bold, and confident with a love for people. When Vivid gets an opportunity to be the Doctor for Grayson Grove in Niles, Michigan she sets off to start her new job. However, it’s upon arriving from her travels across the country via train by way of San Francisco her hometown Dr. Lancaster finds she is not at all welcomed in Nile. Well, at least not by Nate Grayson the man who hired her.

“Let me be frank,” Nate said. “When I agreed to offer the position, I assumed Aunt Gail had hired a man.”

“Mr. Grayson, surely you are not telling me that I have traveled all the way from San Francisco to take a position that is not in reality mine because I happen to be a woman.”

Nate Grayson was expecting a man, plain and simple. He wastes no time letting it be known and while Dr. Lancaster is slightly taken aback by it she also is challenged by it. Thus her true journey begins. Nate agrees to give her a chance knowing that she’ll have a rough road ahead of her because he is aware that most men will be thinking… Just. Like. Him.

As predicted Vivid quickly becomes accepted by some and rejected by others. Nevertheless, she pushes forward and eventually, a romance begins to form between herself and Nate. There love slowly escalates much to the dismay to many men in and around town. The beautiful unattached female doctor has apparently met her match.

Rich in history surrounding this time period, Vivid is set in the late 1800s and actually, much to my chagrin covers some of the same issues we face in the USA right NOW. Politics, race, marriage, family, and women who work. From beginning to end you get the whole feel of the book and become a part of this characters life.

The descriptions are not overdone or too detailed yet Jenkins gets it just right to pull readers into the scene. The storylines flow well. You get romance, family dynamics, betrayal and the aftermath of betrayal, old love rekindles, and some unexpected twists and turn.

Vivid faces many challenges and not once did she give up. Even when her own life was on the line Vivid never gave up and that’s part of what makes her story so great!

Series: Yes, but each book is a new couple in a historical romance.
Recommendation: YESSSSS! Definitely worth a read! Go 1click!
Plot/Storyline: Romance with a touch of suspense and mystery
Writing: Very Good, strong characters, no holes, good job with keeping up with the times and activity at this time in history
Steam factor: Medium. On a scale of 1-10, I say 7.