Old-School Authors Still Have the Juice! 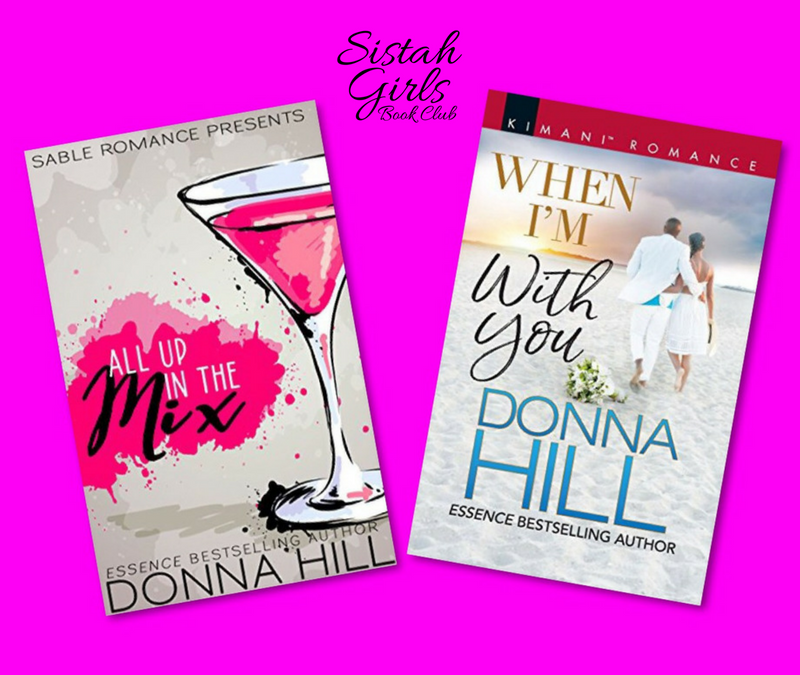 Sistah Girls, I’ve followed Donna Hill’s writing since she began in 1990. She was one of the first Black Romance Writers from back in the day to pique my interest to read romance novels. I was a die-hard suspense and mystery buff until this author turned my head and gave me another genre to devour.

Since there was only a smattering of authors who looked like me, I was elated to find her and some other authors to fill my need for a romance with couples whom I could relate to and see myself as the woman wooed. Thankfully, she still feels the need to grace us with new materials to cherish and enjoy.

The first book, All Up in the Mix was a story about a couple in a long-distance relationship that goes adrift after they’d been together for many years. The man in the middle of the ties unknowingly started a flame he could not douse between himself and the heroine.

The push and pull between the couple who should be enemies smoldered until the spark ignited, and there was nothing either could do to resist their heated passion for one another. Tasha Harper owned an event planning business when she was hired to find a venue for a celebrity client.

The perfect business was co-owned by the man who tried to ruin the man she loved and sent him fleeing to the islands to lick his wounds. Tasha and Jared being apart for months meant she only saw him every few months. That was a red flag for me for sure.

So, when the man of the hour just happened to be Zeke Ramsey, the former man in the middle of their previous storm, I was dumbfounded. In his new role, Zeke held power to help Tasha move her business to the next level, or have it mired in dredge if he chose to keep her past relationship as his afront to decency.

That would mean her new lucrative business venture might stall. You’ll need to read this story to find out what was in the mix with the web of lies and deceit around Tasha, Jared, and Zeke. It’s worth the read.

In the second book, When I’m with You (the Lawsons Of Louisiana), I was happy, delighted, overjoyed, along with a myriad of adjectives to describe my feelings for Rafe Lawson. The very handsome man, sexy as sin with the French Louisiana accent (in my head), made me swoon for years.

I was excited when Ms. Hill gave us his love story. Who could have imagined the suave, debonair, and consummate bachelor would finally take a bride? Cher- this was his term of endearment that had many of us in the palms of his sexy hands.

His perfect match was a friend of the families daughter, who happened to be a member of the Secret Service. Avery was no slouch either. Their love story had me in my feeling when I thought the author wanted to make me suffer a few chapters.

In the end, Rafe got his happily ever after, and I am indebted to Donna Hill for introducing me to Romance in Color. Go Old School and try some authors from back in the day, they still have the juice!