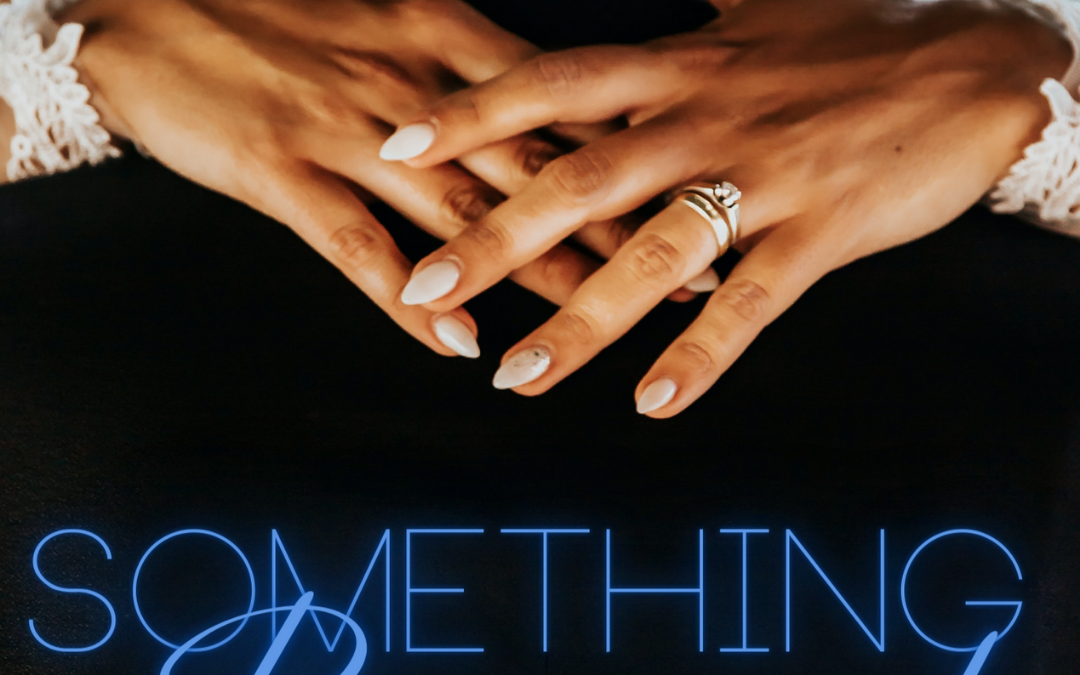 Something Borrowed by K.L. Hall

“Mmm, shit. Yes! Right there!” Jeanine squealed as Axel thrust deeper inside her. Each long stroke was delivered with precision. She could feel herself on the brink of her third climax in fifteen minutes.

“Ooooh yessss!” She screamed, eyes popping open only to see the once perfectly tailored tuxedo jacket crumpled on the floor next to his silky black cummerbund and crisp white dress shirt. She quickly slammed her eyes shut as to not lose her concentration.

She already knew what she was doing was wrong. Staring at his wrinkled clothes just made it more real. Entanglements weren’t her thing, yet somehow she’d found herself ankles up in Axel’s hotel suite twenty minutes before his wedding was about to start. Yes, he was getting married, just not to her.

Her eyes popped open once more, this time noticing the way his long crinkly dreads swung back and forth with each forward lunge. She knew the moment he climaxed everything would become real. Excruciatingly real.

The feelings she felt for the man she was presently lying underneath would have to be dissolved. Axel leaned in closer to her, covering her mouth with his own. His tongue glided effortlessly past her lips, intertwining with hers. He was nearing his climax, she could feel it.

Moments after they finished, Jeanine could still smell the sex in the air. She had her back turned to him as she slid her sequined gown up over her hips and shoulders. “Can you zip me back up?” she asked.

Axel stepped over to her and ran the back of his hands down her exposed shoulders. Silence hung over them like a dark rain cloud. They both knew their affair had to meet its end, yet neither wanted to be the one to state the obvious.

“So, today’s the big day, huh?” she asked, breaking the silence.

He sighed before she heard the sound of her zipper reaching the end of its track. “Yeah, it is… Look Jeanine, I know now may not be the best time to tell you this, but for what it’s worth, I do love you.”

She tossed up her hand to stop him. “Axel, please don’t.”

“Don’t what? I’m being honest with you.”

“We’re doing what we need to do and you know that. Besides, we both know you’ll be much happier with Aundrea than you could ever be with me.”

“I’m not so sure about that,” he responded.

“You’re talking crazy, Axel. You’ll marry her. You’ll have kids. You’ll grow old together. You’ll live a happy life together. She can give you things I can’t.”

“I may be about to give her my last name, but she’ll never have as much of my heart as you do,” Axel concluded.

A woeful smile spread across Jeanine’s face. Emotions were running high for both of them. The more he talked the harder it became for her to withhold her tears. She’d never feel the way she felt for him for anyone else, not even her own husband.

Even still, she had to face the facts. She was sixteen years his senior. Axel had come into her life at one of the worst times. Seasonal depression had reared its ugly head and he’d shown her the attention she craved.

He was the only person that helped take her mind off things, if only for the moment. Up until the instant they’d just shared, Axel and Jeanine had only been brave enough to sneak a kiss here and there and occasionally joke about taking things to the next level physically.

“I need to get back to my room and finish getting dressed. They’ll be looking for us soon,” she announced.

He flashed her a heartsick smile. “I don’t know how you can just act like nothing happened between us.”

She shrugged her bare shoulders. “I have to. We don’t have a choice.”

Axel grabbed hold of her jittery hands. “We do. We could just run away right now and never look back.”

“Neither of us has the luxury to do that and you know it,” she replied, shaking her head in contempt. “I—I have to go.”

With the hem of her dress and heels in tow, Jeanine scurried for the door. While making her way down the corridor toward the elevator, she focused her attention on her cell as she turned it back on. She had two unread text messages and a voicemail from Aundrea. “Shit.”

Before she could reply to one of Aundrea’s erratic texts, her eyes did a double-take when she saw a shirtless Axel coming her way. Jeanine stared at him with a creased forehead and her brows downturned.

“Are you crazy? Go back to your room, Axel! We can’t be seen together. Especially not like this!” She hissed, while still trying to keep her voice low.

“I don’t give a fuck anymore. I’m ready to tell Aundrea that it’s over.”

“Have you lost your mind?” She scolded him. “You’re acting like a child. I gave you what we both wanted. What else do you want me to do?”

“Just stay. Let’s figure this shit out together,” he said, grabbing hold of her hands.

“You want me to stay here with you and pretend like we both don’t have obligations, but you’re the one getting married in less than like ten minutes,” she said, glancing down at the diamond-encrusted watch on her left arm. “I’m sorry, but it doesn’t get more real than that.”

Axel paused, taking a moment to let silence fill the void he desperately wanted to close between them. “I love her, but she doesn’t make me feel the way you do. I don’t know if any woman ever will.”

Jeanine shook her head repeatedly trying to block out his voice. He wasn’t listening, and if he was, he for sure wasn’t hearing her. “I’ve got to call Aundrea back. Did she call you?”

“She did and she can wait. We need to finish this, Jeanine,” he demanded.

She shook her head once again. “There’s nothing else to talk about, Axel. It happened. It’s over. We’re done.”

In another world, they might have been perfect for each other, but the timing was more than off. Jeanine took notice of her vibrating cell phone and then flashed her eyes in Axel’s direction. “It’s Aundrea…” she announced.

Axel’s face drained of its warmth as he swooped his fingers through his dreads. “Answer it.”

She exhaled and pressed the green button before placing the phone to her ear. “Hello?”

“Where have you been? I’ve been calling you!” Aundrea yelled.

“I misplaced my phone and just found it. I’m on my way back to my room now to put on my jewelry and grab my purse then I’ll be right down.”

Aundrea blew her breath into the receiver and Jeanine immediately knew she was stressed and immensely irritated. “Have you seen Axel? I’ve been calling him too and he’s not answering any of my calls!”

Jeanine’s eyes locked with Axel’s once more. “N—no. I haven’t. I’m sure he’s busy getting ready. Don’t worry about him. Everything will be fine, just wait for me downstairs. I’ll see you in five minutes.”

“O-okay,” she said before ending the call.

Jeanine turned to face her lover. “Go get dressed. I have to go,” she said before pressing the down button.

Axel wrapped his strong arms around Jeanine’s waist as she waited for the elevator to arrive. “Let’s just have our cake and eat it too,” he whispered in her ear.

“We already did that, remember?”

He smirked. “Shit, then I want seconds…and thirds…”

Axel’s warmth engulfed her as he publicly began planting soft kisses along the nape of her neck and massaging her shoulders.

She clamped her eyes down tight as she slowly felt her willpower withering away with each kiss. The longer their bodies stayed connected, the harder it would be for them to stay apart.

Jeanine lifted her chin so that her lips could effortlessly meet his for the last time. He was everything she wanted, yet everything she knew she could never truly have.

Jeanine slowly broke the kiss just as the elevator doors opened. With her eyes still closed, she heard a familiar voice behind her. It was certainly a voice she hadn’t expected to hear. Her eyes popped open to see Aundrea standing in between the agape elevator doors looking as beautiful as ever in her designer wedding gown.

Tears glistened in her eyes as she gawked at Jeanine and Axel still standing in the remanence of their warm embrace.

Should Something Borrowed be turned into a novel?