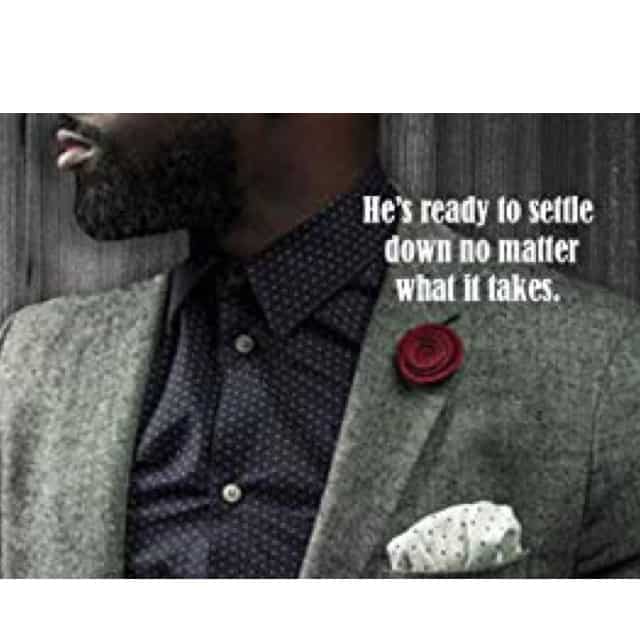 #Blessed By Malakai: To Marry A Madden Book 1) By Sherrelle Green

The Madden men first debuted in Red Velvet Kisses (Micah), and later in Beautiful Surrender(Malik). The author decided to give us the story of the other Madden men with Malakai as the leading character in this story. The new spin-off series, ‘To Marry A Madden’. The title of this story Blessed by Malakai caught my attention from the first page.

The man blessed in more ways than one and assured us he could handle his business. Malakai’s MO was to always leave his conquests happy and satisfied, until the day his blessing became a paradox. The story opened with Malakai chased by a woman who was not willing to give up her place in his line. In the aftermath, she showcases his blessedness to the world, and all his glory went viral.

Malakai running scared with no idea how to change his misfortune; this became his mission in life. After a year of having women chase him, and too much drama in his life, Malakai decided to hire someone to help him remake his image. I thought for a minute, and I could not recall a single man who’d stress over this situation. I can assure you my male friends would revel at the world knowing they were packing a gracious punch in the right place.

Malakai’s brother’s Malik and Micah found love with the women of Elite Events Incorporated and their appearances added the fun brothers part always joking around with comments and bantering to the story. Malakai, finally ready to quit playing around and settle with one woman began his quest for love in earnest.

The revelation nearly rocked his foundation. The answer to the problems he hoped would include Avery Nightingale who’d just started a PR firm. She hoped to get the chance to rehabilitate his image once and for all. Their first meeting was so funny I could hardly contain my laughter. The visual of that meeting was unbelievable and hilarious beyond belief.

The image consultants job was by no means a piece of cake given all the drama he’d gone through with the other agencies he’d hired to improve his image. But what the others did not have was Avery’s spunk and a real desire to help Malakai attain his goals. What neither of them expected was their attraction for one another the first time they locked eyes in the boardroom.

The pure excitement behind their connection was like adding fuel to the fire and watching it combust enigmatically. Malakai Madden was the creator of countless art pieces for the rich and famous. That part of the story was a beautiful backdrop to the story.

Aside from the sexy energy between Malakai and Avery, there were also enumerable funny scenes between the Madden brothers. Crayson was my favorite Madden brother. He was always entertaining.

The other characters, Paul, Serenity, and Tyler added to the story. I wish Malakai had more opportunities to showcase his jewels and his skills for our enjoyment. His and Avery’s story was heated, but I hoped it had a little more sizzle and smoke to match the initial introduction to the story.

Overall, the story was fun and sexy. I can’t wait for the follow-up story. Until the next time, I hope you enjoy what your man is packing. Here is my question, are you being blessed? 4.5 Stars.