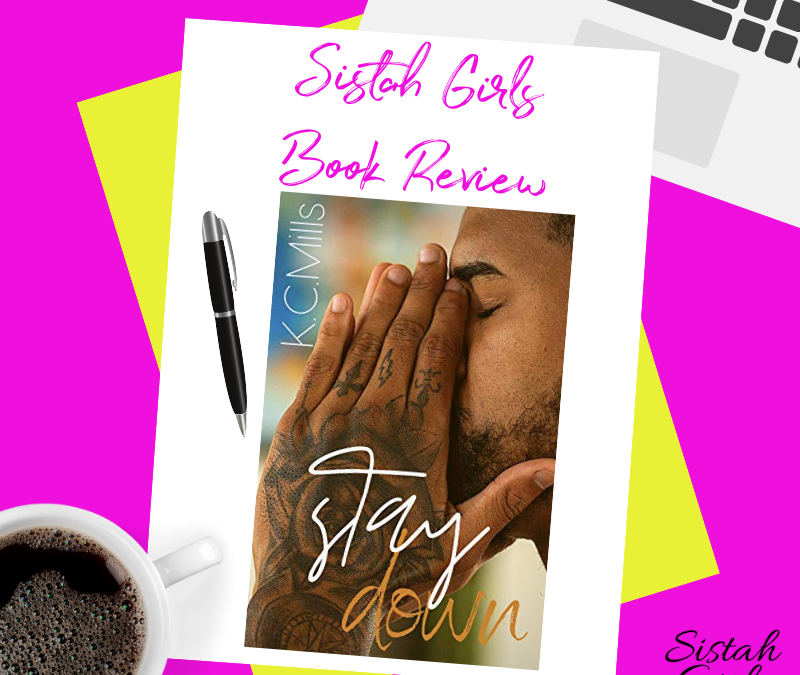 Stay Down by K.C. Mills

Soooo…our sis, Sharee, challenged all of the writers to read a book by an author we’ve never read before. Now I will admit that this was going to be a challenge for me.

Like many romance readers, we are loyal to our faves, but I was up to the challenge. I selected Stay Down, by K.C. Mills. I’d never heard of her and the book came up as a suggestion when I was trying to find a new read.

I realized that it was urban fiction and although I’ve read urban fiction books before, I don’t read them often. The cover, though! Those tattoos had me at the first click.

The main characters are Noa and Wise. Wise is the one on the cover and appears to be in deep thought. They meet at a party. As soon as Noa gives Wise the finger…it was on and popping!  And from that point on, I was hooked!

Yes, my name may be Blissful Bookworm, but I really love an enemies-to-lovers trope. I’m a sucker for men who are totally caught off guard and totally smitten by a woman. Men who try to act unaffected. But WIse? Wise was so affected and actually Noa was too.

Both characters had their own individual sh#t to deal with, but their coming together just seemed natural. Their relationship worked, they fit, and they clicked. So much so, that I think it caught both of them off guard. Wise, bless his heart, just couldn’t enough of Noa. Noa couldn’t either, but it scared her.

The characters have to deal with outside forces, who don’t seem to get them. Wise is very protective of Noa…cue the courtroom scene!

They become this ride-or-die couple and even though they love each other, they struggle with how to communicate that to each other verbally (but can damn sure communicate it physically…oooh wee, talk about intense!). So they can’t really say those three words.

Now the author hints that there is more to their story and I totally agree!! (The supporting characters have some issues, too.) But Noa and Wise in a full-blown relationship with their exes resurfacing, maybe a pregnancy leading to a marriage??

Hey, I’m just dropping hints. Who knows? Come thru K.C.!  Whatever happens, I will be here for it. Five stars!!