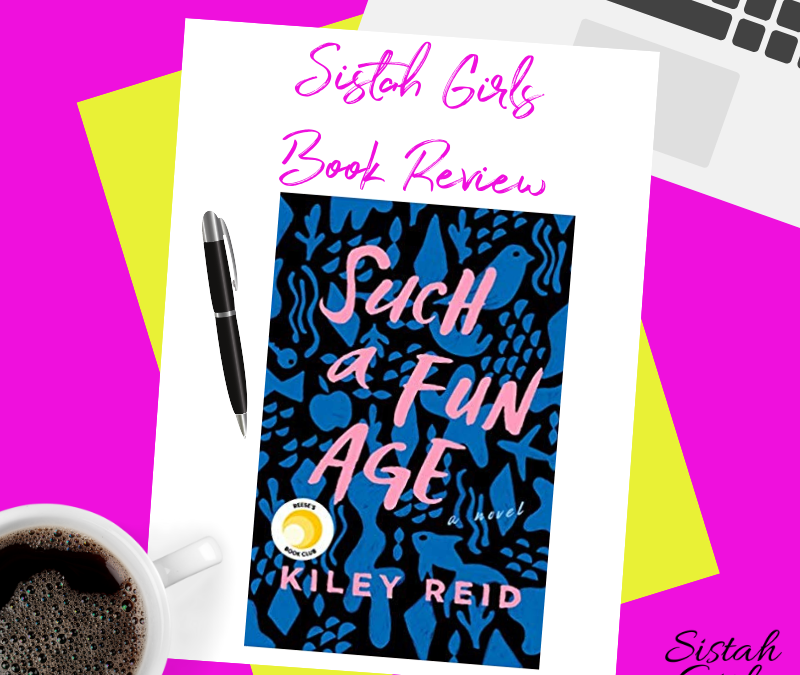 Such a Fun Age by Kiley Reid

It’s not often that I get to read a novel set in my hometown of Philadelphia, so I was pretty excited to read Kiley Reid’s Such a Fun Age.

I’d already heard about the novel from a friend and fellow author, Nia Forrester. We tend to have similar tastes in books so I trust her recommendations.

Such a Fun Age is an interesting and relevant novel that touches on issues on everyone’s minds these days: racial profiling, identity, friendship, privilege, and knowing who to trust.

A tale of two women 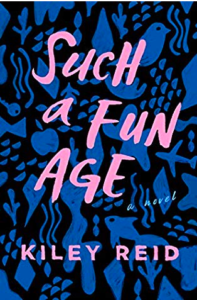 The story revolves around two women: Emira, a young African-American woman who hasn’t figured out what she wants, and Alix, an affluent white blogger/influencer whose life looks perfect on paper.

What brings the two women together is precocious Briar. Emira responds to Alix’s ad for a babysitter. For Emira, working for Alix and caring for Briar means much-needed extra money.

And Emira caring for Briar is supposed to help Alix have time to finish the book she needs to deliver to her editor in New York…but mostly Alix is procrastinating and longing for the friends she’s left behind in New York and connecting with her younger daughter, Catherine, who is less of a handful than Briar.

One evening, when Emira is supposed to celebrate a friend’s birthday, she gets a harried call from Alix asking her to come as soon as possible.

Something unexpected and disturbing has happened, the police are involved, and Alix doesn’t want Briar to be frightened. That phone call leads to a racially charged confrontation that ends up being filmed by a passerby.

And changes the course of both women’s lives.

There’s a lot to like with Such a Fun Age. Reid perfectly captures the contrast between Emira and Alix’s lives. Alix has a life of privilege in posh Rittenhouse Square; Emira lives a post-student life in a rental in Kensington.

Alix has a type A personality and is used to getting what she wants once she sets her mind to it. Emira seems to be drifting, uncertain of what her big goals should be and a little envious of her friends who’ve found jobs that pay well and are becoming financially secure.

I also liked how Reid portrays Briar and Emira’s relationship. It comes across as poignant yet realistic. And Emira’s genuine affection for the little girl gives us insight on who Emira is, even when she doesn’t always seem so certain herself.

Another aspect that I like about this story is that Reid doesn’t avoid taking on race. From the jarring confrontation that is the catalyst for the story to Emira’s quiet observations of Alix’s white privilege, Reid challenges us as readers but does so in a way that is subtle, honest and asks us to look at the gray area that we often disregard.

As much as I enjoyed reading the story, I did feel that, at times, the alternating points of view were a bit unbalanced. I wanted more of Emira’s side of the story.

Too often, it felt like Alix’s actions and worries were more in focus. Emira sometimes felt like an enigma whereas Alix was an open book.

Still, I really enjoyed reading Such a Fun Age. It’s well written and has an easy pace to it that pulls you in as a reader. It’s a solid 4-star read, even with the imbalance between the characters. I’m already looking forward to reading Kiley Reid’s next novel.