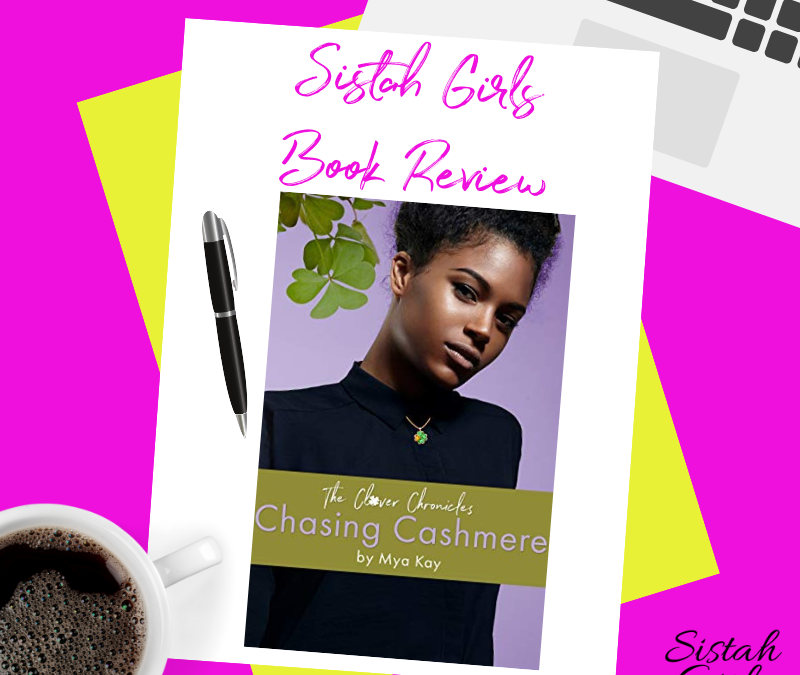 Cashmere VS. Cashmere
I was willing to confront her at all cost.
Cost of entry: EVERYTHING
-Cashmere Clover

In Chasing Cashmere readers get a chance to know the Clover who lives by the beat of her own drum. I honestly just assumed she was a rebel without a cause while reading Battling Brelyn. And you kind of get the idea that there’s more to it but I had NO idea. Like many young girls, she’s fighting herself to become…

I was alone again. In our big house in our big neighborhood. I took a deep breath and looked up toward the ceiling. “God,” I said out loud. “Are you there?”  -Cashmere Clover

Cashmere is in her senior year of high school and anxious to make the best of it! Like her siblings, Cash has her own business. A popular tee-shirt line, Cool Cash Tees. When Cash gets a contract with a local upscale boutique things are looking up.

Out the gate the story gets raw. Readers are exposed to one of Cashmere’s not so “secret” secrets about her life outside of the Clover household when her big brother Desmond confronts her about having sex. He just wants to know why. Taken aback she quickly turns it around on him and he not only gets honest; Des decides to talk to her about soul ties. A conversation she quickly ends.

This time I had his complete attention. He looked me dead in my eyes without blinking. “Cash, do you know what you’re running from?” – Jahlil

Meeting Jahlil was never part of the plan. In fact, I would call it almost coincidental but I don’t believe in coincidence. No. It was meant for them to cross paths. Fate, it was fate, now that I believe with everything in me. Jahlil Wright is young, black and trying to make it out of the hood.

He knows there is more and being around Cashmere allows him to SEE MORE and gain perspective on his future. I heard seeing is believing and once Jahlil experiences a taste of more beyond North Philly it makes him hungry for actually obtaining it.

Nothing about Cashmere and Jahlil’s relationship is what she is used to. I think this challenges her some and him as well. They take things slow, she realizes sex is not an automatic act when getting to know a guy.

As senior year progresses love develops between the two. Cash learns how different things are between her and Jahlil’s family dynamics and she begins to see how that shaped him. However, what readers get to see is how Cash and The Clovers shape him too.

Chasing Cashmere had me catching my breath more than once. LITERALLY! There are these moments and revelations you just don’t expect and it would truly break my heart.

Not afraid to push a little more than needed, Cashmere was a strong force all on her own! Her and Jahlil bought out things in one another that was hidden beneath the surface and was in need of uncovering. I enjoyed this book and after that ending, I am excited to read her brother Desmond’s book.

To buy or not to buy?

Yes, it’s book 2 but can definitely be read as a standalone

Do I recommend it?

Yes, to all YA and NA Lovers! Anyone working with youth groups.

Young love at a crossroads.