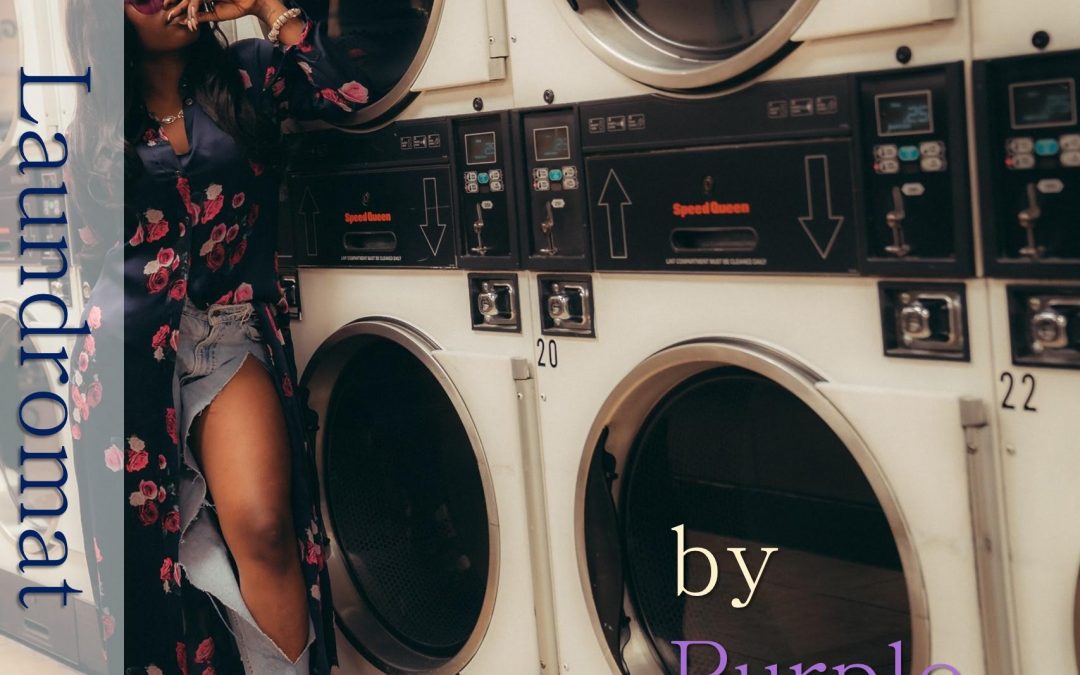 I’d washed everything but his shoelaces. All with bleach, even the colored shit. I’d only missed the laces because they were still tied in knots around the bedposts in our bedroom where he’d turned me into the object of some sick, twisted kidnapping fantasy he’d finally talked me into. My bare ass sat neglected beneath a pair of ripped jeans, caramel thighs exposed to the damp heat inside the laundromat, thanks to a large rip that spread wider than I’d intended while tearing the jeans at home.

The smell of off-brand fabric softener invaded my nostrils. The kind that comes five hundred to a box for a dollar. I couldn’t imagine anybody intentionally making their clothes smell like that. Guess times were harder for some than they were for others.

I dropped three quarters in the slot at the top right-hand corner of the front-loading dryer, knowing from experience that it would only take thirty-two minutes tops to dry a medium load. His favorite Polo shirts, though bleached beyond recognition, would air-dry. Sure, I was seeking revenge, but even the most jilted of bitches wouldn’t shrink a nigga’s Polos.

After tossing a basketful of ruined clothes into the dryer, along with two Gain scented dryer-sheets, I slammed the dryer door and headed over to one of the hard plastic seats near the laundromat’s wall of windows. It was dark out, not dangerously so, but still dark. Too dark to be out fucking up your ex-boyfriend’s clothes after he’d come home with the scent of another bitch’s perfume on them.

“You lost?” A deep, raspy voice sounded from the other end of the room, bringing my eyes up from the text message I was sending to my Mama. “This ain’t exactly the kind of neighborhood a girl comes to alone. Especially not after dark.”

I hit send on the message, letting Mama know that I may or may not be coming to church the next morning. Sleep was nowhere in my peripheral, and I didn’t wanna be nodding off in the Lord’s house.

“Well, it’s a good thing I’m not a girl,” I replied, looking up to find the tallest, darkest, finest piece of man I’d laid eyes on since Morris Chestnut got clapped in Boys in the Hood. “But thanks for your concern.” It took every muscle in my face working in unison, but I lowered my eyes from his handsome face, back down to my less than interesting Facebook newsfeed.

“Cool. We close in thirty minutes. You gonna need help folding that load?” He gave another stab at getting more words out of me than I had to offer, sweat beading down the side of his face. It was hot as shit in that laundromat. And though it was only a few blocks away from my apartment complex, I’d never used it because I’d always had a working washer and dryer set.

But my shit had gone Ker plunk. And since Neal wasn’t around with his monkey-wrench and all that other junk he’d had in my garage for the past two years, I’d have to wait until payday to get it fixed.

“I’d much rather keep this a one-woman project.” I didn’t look up, afraid that if I made eye-contact with this brown-skinned brother from last month’s cover of GQ, my panties might melt all the way off.

He shrugged, or at least that’s what I saw from facing downward. Then he pivoted on a long pair of black Converse, and headed back in the direction from whence he came.

Try as I might, I couldn’t focus on the fake-happy relationship posts I was reading, or get into the Asian kids singing Beyoncé almost better than Queen Bey herself. For lingering in my mind were thoughts of how upset I’d been for the past month, at a man who’d had my heart and now, no longer wanted it.

“You thirsty?” GQ yelled over the humming of the three dryers that were still spinning. I didn’t know who the other two belonged to, but was secretly hoping that they didn’t come back for the red scarf that had been making a crimson circle at the front of the dryer for the last ten minutes. “I know it gets a little hot in here. The a/c’s busted. Got somebody coming out to look at it—“

“You own this place?” I cut him off. The rasp in his voice was making me feel things, and it was already hot enough without adding that element.

“Depends.” He answered, looking over his shoulder while standing in front of a coke machine with “sold out” lights on every flavor but Minute Maid Strawberry.

“On what? Whether I’m into laundromat attendants or laundromat owners? If so, I can assure you that neither one appeals to my taste.” I sighed and slumped back in my seat, crossing my legs at the ankles and tugging at the collar of my floral printed, silk button-down top that could’ve been a dress had I not been wearing jeans under it.

“Damn, straight to the point huh?” He huffed out a laugh, handsome smile spreading from one end of his bearded cheeks to the other. “And I’m both. Well, for at least a week. Sorry to bother you. I’ll leave you to your laundry.”

He pressed the lit button in front of the Minute Maid Strawberry soda and bent down to retrieve the can that dropped from the slot, giving a full display of the spread of his back. I was thirty percent sulking and seventy percent lust. The Devil really had his hands on me and I had no intentions of taking them off.

“Is that the last one?” I asked, surprising him as well as myself. “Strawberry’s my favorite.”

“What a bizarre coincidence.” He smiled that smile again, walking toward me with such ease in his step that it almost seemed like he was floating.

He extended a long, ripped arm that was covered to just above the elbow by a white t-shirt that had survived the hottest part of the day… barely. “You’re welcome.” He nodded without being thanked. I nodded in return and popped the can open.

Good could not accurately describe how that cold soda felt going down my throat. And he watched me drink it; literally stood there in front of me with his crotch just inches from my face, while I drank his strawberry soda.

And I drank every drop, throat rolling as I gulped and accepted the burn from the carbonated beverage as a welcomed reward for the events that had lead me to this hard, plastic seat. I closed my eyes for the duration of the last swallow and opened them to find GQ sitting next to me, finer than he was while standing, smelling like the sweetest exhaustion.

“You don’t seem like the kinda woman who would accidentally bleach all her man’s clothes.” He leaned forward resting his elbows on his thighs, hands clasped together, head turned to face me. “You wanna talk about it?”

“I don’t.” I shot the can into the empty trash barrel across from me. “Is there a restroom?” I asked.

“Yeah. Back there.” He lifted his head and pointed to the back of the room with his deep brown eyes.

“I’m bad with directions. Can you show me?”

I hoped that he was the type of man who could read what a woman was saying with her body. That he could tell by the uncrossing of my feet and the arch in my back when I stood, placing my ass level with his eyes, that I didn’t need that restroom the way that most people needed restrooms.

And without hesitance or any lack of understanding on his part, he stood from his seat, hovering over me by at least half a foot, brushing past me in route to the restroom where I’d planned to do everything but take a piss.

He flipped on the dim light. “You need help or is this far enough?” He leaned against the wall outside the restroom.

I stepped inside, not saying a word as I reached inside the back pocket of my jeans and retrieved a condom that Neal had left in a pair of the jeans I’d just bleached.

And thank the Devil if this man could fill this mother fucker up.

“You mind trying this on?” I extended the golden packet to him between my pointer and middle finger.

He took it from me and stepped into the restroom, bathing me with his eyes as if that was better to him than potential sex. With my back against the wall, bottom lip between my teeth, and my insides boiling over with lust and anticipation, he pressed his warm, sweaty body against mine, placing his long fingers under my chin, forcing my eyes up to his and kissed me like it was all he’d been waiting to do.

Should "Laundromat," be turned into a novel?