Short Story: The Get Over by Ruthie Lenor [READER’S VOTE] 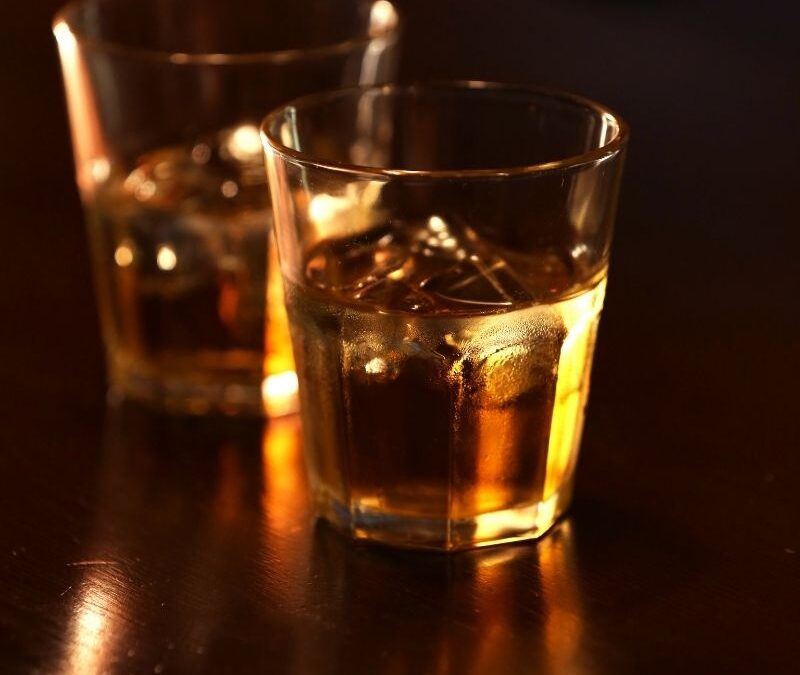 The Get Over by Ruthie Lenor

“I’ll have the same.” Jackson looked at the woman who had just sat next to him. Her heels showing off cute red toenails, skin the color of his morning coffee and a bit of thigh peeking out from under the overlay of her pink dress. Before he could finish his scan of her body, their drinks were set in front of them.

“What are we drinking to, Sweetheart?” He, finished his scan, loving what he saw. Her body was dangerous; Cute face with dimpled cheeks, perfect mouth and suckable lips framed by long dark brown locs; his mood started to lighten.

“You know, Sugar… tonight, let’s drink to making better decisions and living our best life. Oh… and to assholes who don’t know they’ve got a good thing. Fuck them and the pile of shit they stick their dick in.” She downed her drink, blowing out a breath as the burn started to tingle her chest.

“You know, Sweetheart, that toast was perfect.” He motioned to the bartender to bring them another then tipped back his drink.

“You got an asshole in your life?”

“Cheating ex-boyfriend. I got all dressed up for our date,” she stood, turning, giving him the whole 360-degree view.

“What in the world would make a man leave all of that?”

“I know, right?” She gave him a wink. “But like I said, piles of shit…you want to tell me your troubles, Sugar?”

“You in that dress is trouble, Sweetheart. What I got… are problems.”

“Not much to say; had a wife, a best friend…now… I don’t. Like you said, an asshole and the pile of shit they stick their dick in.”

“Why you drowning your sorrows tonight?” She motioned for round three.

“Today is… was our anniversary. I guess I’m just not used to being by myself today.”

“You’re not by yourself tonight. You got me, Sugar.” She lifted her glass. “Another toast.” Jackson raised his glass. “In the words of my dear departed grandmother: …to getting over exes the best way she knew how…,” thinking she was done. Jackson started to drink down his whiskey, “…under someone new.” He nearly choked being mid-swallow but was able to get it down with a few coughs.

“Shit woman,… your grandmother said that?”

“Oh, she was very insightful. Outlived three husbands. We’re certain she fucked two of them to death, but we can’t prove it.”

“So what do you say, Brown Eyes?” she asked, feeling brave from the drinks and no longer able to ignore his muscled arms, strong jaw covered in salt and pepper stubble and those beautiful eyes.“You feel like getting over these exes of ours?”

“I think you’ve had enough.” Chuckling, he pushed her glass away then asked the bartender for water. “I don’t think you know what you’re saying, Sweetheart.” Jackson shook his head from his thoughts, trying to keep a grasp on the gentleman that he was, then she was next to him, smelling of vanilla and Jack Daniel’s.

“I’m not that much of a lightweight, Sugar. You saying, being under me…or me under you, wouldn’t help with your problems tonight?”

His eyebrows rose slowly before he chuckled again, turning in his stool to face her. Before he could say anything, she licked his lips. Caught off guard, but not fazed, he pulled her in between his legs upping the ante by kissing her, parting his lips so her tongue could be of better use inside his mouth.

Moments later, she pulled away. “I hope this is your way of saying yes, cause I’d hate for my panties to be ruined for nothing.”

“You’re wearing some?” He figured his gentlemanly ways could be set to the side for now.

“Find out,” she challenged before his hand crept up the inside of her thighs.

“Tell me your name.” Stopping right below where her panties started, the heat he felt made his mouth water.

“I’m Jackson.” He kissed her again. “Need you to know what to scream out in a little while.” Pressing his hand against her center, he slowly moved it back and forth. “Your name?”

“Nice to meet you Ella. Have to say, you’re the most beautiful woman I’ve ever seen.” His thumb caressed her clit over her panties. He kissed her again, moving his thumb across the satin until he felt her wetness seep through.

“It’s nice to meet you too, Jackson.”

“You’ve done this before?”

“Then you’ll love what’s coming next.” Removing his hand, he licked his thumb then kissed away her disappointed pout. She led him down the hallway, then opened the door to her office.

After closing and locking it, he stopped her before she could get too far. His hands starting at her shoulders made their way down her back, skimming her waist, then ass and further down under her dress where he cupped her cheeks, lifting her off the floor to wrap her legs around his waist.

“Nah, I was over her when your tongue touched my lips. Now I want to make you forget about that asshole and his pile of shit.”

“There’s a button that will make you forget every man that’s ever let you go.” With deft strength, he held Ella up with one arm, then opened his pants with his free hand.

“Where is it?” Between feeling him between her legs and his fingers moving her panties to the side, she was on the verge of combusting.

“You’ll know when I touch it.” His needy cock pressed against her dripping pussy.

“Show me, Jackson.” Inching lower onto his dick, she looked into his eyes as she was filled completely with every inch of his thick length.

“Shit.” He walked her to the door to prop her up so he wouldn’t fall over from the gratifying feeling of her pussy’s hold on him. “Damn, Ella.” Exhaling through his nose, he pressed her harder against the door slowly starting to pump in and out. “Fuck…you…feel…so good…”

“Don’t stop.” His strokes got deeper and harder. Ella pressed her head to the door, allowing Jackson a glimpse of her neck, which he immediately devoured. His hand pulled down the top of her dress, freeing her nipples to lick the dark succulent tips, tasting of salty sweat.

He stopped working her pussy to concentrate on sucking and squeezing out her orgasm through her nipples. She was close and he wanted to feel every bit of her crumble all over him.

With a huge inhale, Ella closed her eyes. “Look at me,” Jackson demanded, needed to see her honey brown eyes as she was rocked by a mind-numbing orgasm. And that’s exactly what she did as soon as her eyes locked with his, her mouth opened and the most beautiful moan slipped passed her lips.

He was mesmerized, not wanting it to end so he started to work her pussy again, not waiting for her to recover. Her pussy greedily accepting nothing less than all of him as he listened to her moans and the gushy sounds they made when his cock touched that button deep inside her, over and over again until she was rocked by another orgasm.

“I’m starting to believe this dick of yours has magic powers. I don’t remember my own name.”

She could feel that tingle as his strokes got faster, deeper trying to reach a well-deserved completion of all his hard work.

“You alright?” He let go and started to pull down the hem of her dress before pulling his jeans up. He looked at her now shy face, beautiful in its afterglow; swollen lips, skin glistening with a sheen of sweat and eyes lazily fixated on him as they tried to stay open in her blissful after sex state. She nodded her head ‘yes’ and exhaled a breath moving to go sit at her desk.

“I feel like I should…take you home with me.”

“And what would we do at your place?”

“Same thing we did here, but in my bed.”

He took a deep breath and licked his lips. “I make a great breakfast. You like omelets?”

Should "The Get Over" be turned into a full-length novel?

Be sure to keep up with Ruthie Lenor on Twitter