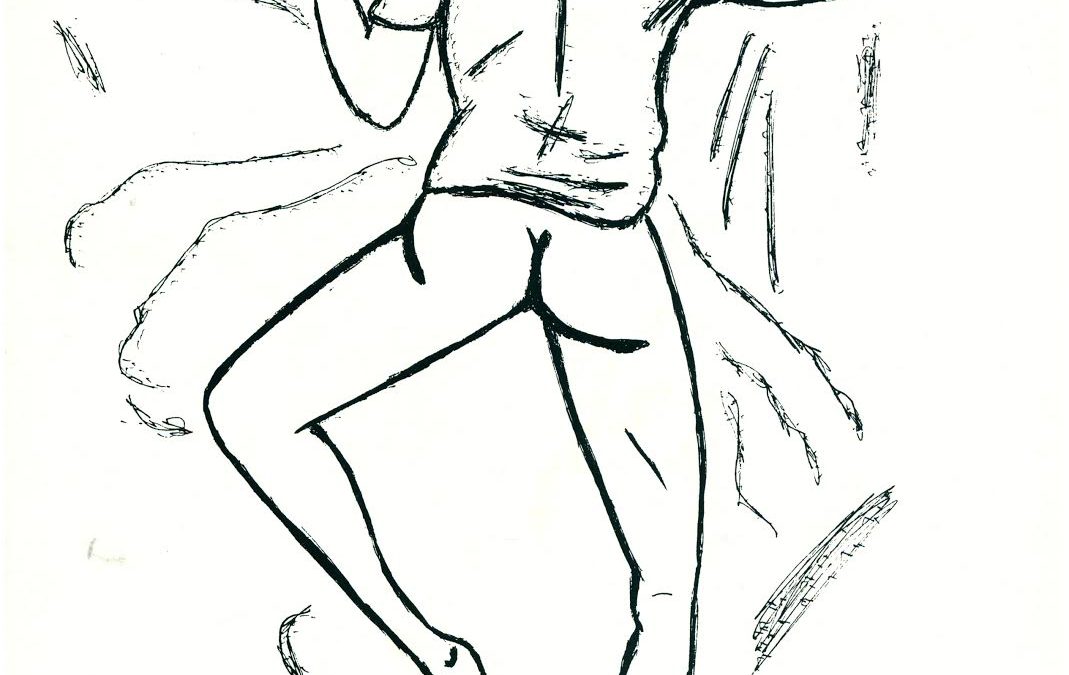 Vera Parlay nervously tossed under the Italian silk sheets of her king-size bed. On that autumn night, according to the clock, she only slept a few hours. From the looks of things, no one else was alert on her $61 million dollar estate in Bel Air, Los Angeles. Although Vera was one of the most successful talk show hosts in television history, she was concerned about the success of her program during sweeps week.

Having television awards, money, a Victorian mansion, cars, yachts and jets did not offer any solace. Past accomplishments would not help her with present ratings. Because of nervousness, the thirty-year-old sepia woman tugged at the fabric of her pink semi-sheer nightgown before she ran her fingers through her black shoulder-length hair.

Just at the point when Vera thought about getting a sleeping pill and a glass of Cheval Blanc 1947, Gloria Reina stopped her. Comfortable with her nudity, Gloria was lying down and massaging Vera’s leg. Gloria, a twenty-three-year-old petite, light brown woman with an auburn page-boy haircut, appreciated Vera’s full-figured body.

Vera saw Gloria as her own personal Rosario Dawson. A few years of being in a relationship did not diminish their excitement when they touched. Evidence of this fact was found in the way their vaginas tingled.

“Sugar babe, try to chill. I know this week is big for you. You got one interview with Tonya McFillin, the writer, and another with the pop god, Miguel Johnson. Your fans are going to love those live shows. What are you gettin’ teary-eyed and nervous about, sugar babe?”

“You know, Gloria, I love it when you call me that.” “Sugar babe, sugar babe, seriously, lover, try to chill. Whenever you face sweeps week, you bug out. You worry more, since you became more successful,” Gloria assessed.

“A lot of things are bothering me. Nowadays, the television playing field is different. There are less soap operas and just a few prime time melodramas. Talk shows earn less revenue than reality shows. Where do I fit in this media world? Also, look at my ass. I think it got bigger.” Vera admitted while feeling completely embarrassed about her observation.

Ashamed of her appearance, her eyes turned away from a mirror. Contrary to her TV image, Vera hated being a public figure. Oppressed by insecurities, the hostess hid behind a persona. In all actuality, Vera was not obese or unattractive. She was curvaceous in an Ashley Graham sort of way.

“Tell me, was I invited to this soirée for self-indulgent sadness, at least?” Gloria put a hand on her hip and waited for an answer. “You look damn delicious as far as I am concerned, by the way.”

The couple gazed at each other. To enhance the intimacy, Gloria put her hand on Vera’s shoulder. Because Gloria saw the symptoms of Vera’s depression before, the supportive friend knew what to do. Gloria, at that emotional moment, gave Vera a hug. Warmed by the gesture, the talk show hostess explained her other concerns.

“Both of the interviews that I will be conducting are going to explore homosexuality. McFillin was married to a younger man and she wrote about it. The novel, Mojo Groovin’ Cougar, became a bestseller.

A movie based upon the book did very well, too. Almost a year after the book had come out, McFillin discovered that her husband, the inspiration for the book, was gay.”

“Doesn’t every sister know why that woman’s marriage bombed? Girlfriend, that means more ratings for you.” “Let me finish, hon. OK, as you know, McFillin’s young husband finally came out of the closet.”

“I am sorry, but I don’t understand your problem. You just found the jackpot of stories. It’s going to be a ratings winner.”

“All right, check out the Miguel Johnson story. At the age of five, Miguel became the biggest pop artist in the world. Up there with Elvis and the Beatles, Miguel, with his hair weave, face job, and skin bleaching procedures, is perhaps the most photographed person on this planet.

Now, these days, he is thirty-eight and his popularity is evaporating. The guy can still crank out songs, but they are not the hits of yesteryear.

Also, to make matters worse, there are allegations that Miguel is having affairs with male models who are twentysomething. Even his marriage to that country music singer, Bonnie-Sue Lynn, seems like a cover-up for his gayness. Don’t you understand, Gloria?”

“I understand that Bonnie sings about as badly as her late father.”

“Will you stop joking? The media loves hearing about the sex lives of celebrities. My show was built on the premise that I would reveal the truth to my viewers. People tell me intimate details about their lives. Other times, when people are not so forthcoming, I press them for the truth about their lives.

However, I cannot seem to reveal the truth about us. I should tell the world that we are gay. Why should we hide in a closet? I am tired of saying publicly that Headman was my boyfriend.”

Upon hearing the name of the forty-year-old multiracial man from Georgia, Headman Sham, Vera and Gloria began to reflect on their longtime association with him.

Headman Sham became a decorated officer in the Marines. Later in his life, he became a professor, author, and CEO of a major advertising firm. Such accomplishments should have been recognized by the world’s populace.

Much to his disappointment, Mr. Sham was only known for dating Vera Parlay. Unfounded marriage rumors became front page news on a weekly basis. Under the stress of public scrutiny, the platonic relationship between Headman and Vera came to an end.

“Damn, how I am going to do a show about the truth when I am unwilling to admit the truth about our relationship in public?”

“Since you’re motivated to stay up, why don’t we do something pleasing with our time together? Vera, stop thinking so much. Relax while I use the bathroom,” Gloria said before winking and licking her lips.

Knowing that her lover was going to freshen up everything from her mouth to areas down south, Vera did the same in another bathroom across the hall. About sixteen minutes after their last conversation, almost at the same time, the two reentered the bedroom.

“Come here and let me kiss you, sugar babe.”

Vera and Gloria opened their mouths and their tongues danced with each other. While kissing, Gloria removed Vera’s nightgown. Familiar with the map of her lover’s body, Gloria stroked Vera’s hair as well as her breasts.

Gloria was prepared for sex with Vera. It usually made the talk show hostess more comfortable. Vera and Gloria were familiar with this carnal medicine.

By combining a slow stroke of Vera’s clitoris and massaging the g-spot with the middle finger, Gloria made the hostess become a rainstorm of passion. Vera’s heart danced like a fast song.

Her senses moved to sexual, tribal rhythms. Obsessed with the rush of the lustful release, Vera was not concerned with anything other than pleasure. Ratings were not as important as the love those women were making.

For those females, sex became a restaurant. Ears, mouths, and breasts were appetizers. Vaginas were the main course. Orgasms were the sweetest course.

The room filled with the music of sex. The notes in this composition ranged from high-pitched squeals to low moans. Happily, the music in the room was getting closer to the crescendo.

Amidst that orgasmic state, Vera rubbed Gloria’s clit to satisfaction. Both women felt tidal waves of pleasure. The heat between their legs felt like it reached 480 degrees Fahrenheit.

Frantic to continue their enraptured time together, the women took the position of two scissors. They both agreed tribadism was their favorite. Wild with womanly warmth, they started grinding furiously. The females continued rubbing each other to the apex of satisfaction. Feverish friction between their groins created hard, long and strong orgasms to squirt out.

Evidence of the late night passion was confirmed by seven servants who heard the window-rattling moans and screams from Vera and Gloria.

Afterward, during the moments when they were spooning, endorphins made their minds drift like sailboats on a river. Finally, Vera forgot about her worries. At long last, her mind signed off for the night.

Be sure to keep up with Bob McNeil, on Facebook.

Should "The Real View of a TV Hostess," be turned into a full-length novel?