Book Review: Take Me as I Am by Bianca 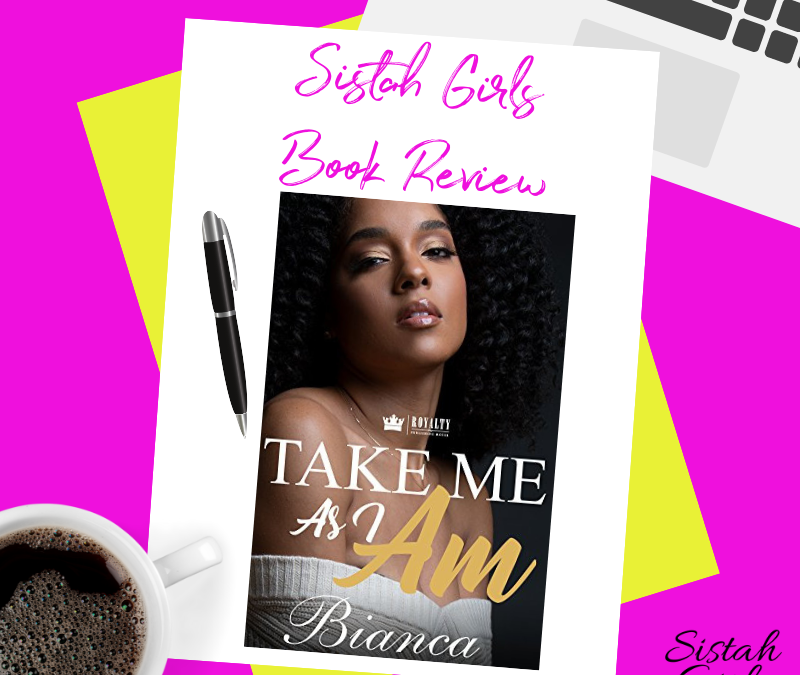 This next novel that I read all I can say is OH MY GOD! This is for sure a 5 star novel across the board.  At first, I was side-eyeing these main characters and adding in what I would do (I know authors HATE this) but I just couldn’t put the book down. My heart was breaking for the both of them but mostly Avian. I honestly had to read the book twice because it was just THAT good. I wanted to see if the same emotions would jump out at me and the answer is YES plus more. Sistahs let’s hop into this review.

When we first meet Avian we discover she’s in a loveless and emotionally and verbally abusive marriage. She’s a woman who has tried her hardest to love a man that just wasn’t worth her love. When her plans to rekindle that ugly flame with her husband Marcellus falls through her best friends Lakiesha and Marcus force her to follow through with her plans and take that vacation solo.

On the other side of the state, we meet Casyrius aka C. Know & Case. He’s going through his own type of abuse only his is not only verbal but physical as well. Despite him knowing he should get out he is manipulated by not only his abuser but also the people around him. Feeling no way out he heads out on an early vacation.

When one of them feels the burden of the world is to heavy they try to end the pain. Only they didn’t count on God stepping in and letting their soulmate save them. A beautiful love affair begins making these two broken lovers whole. But will their love survive with toxic people threatening to tear down something so pure?

*THIS IS A STANDALONE! FULL NOVEL IN ONE!*

What is supposed to be a reconnection for her and the start of a new life for him turns into a steamy love affair on a luxurious Mexican resort.

With their marriage facing rocky waters, Avian Linzy decides that what her and her husband, Marcellus, need is a trip to Mexico to set their union right again. However, on the day that they are set to leave, Marcellus announces to Avian that he wants a divorce. Broken hearted, Avian isn’t sure that she should go through with the vacation, but with the urging of her best friend, Lakeisha, she boards the plane to Mexico, alone. Lakeisha believes this trip can help Avian heal, but Avian remains a skeptic until she unexpectedly meets the handsome Casyrius Knowlton.

Casyrius Knowlton is a man of means and has no problem getting what he wants, including his current position as a sports agent. In Mexico, Casyrius is planning to marry his high school sweetheart, Kiami Green. Casyrius’s love for Kiami runs deep, but that doesn’t stop him from having doubts when it comes to their upcoming nuptials. The ties to their relationship are hanging on by a slim thread, but completely snap when a would-be tragic event lands Avian in Casyrius’s arms. Literally.

Over the course of a week, Casyrius grows closer to Avian, but after his reason for being in Mexico is revealed, Avian disappears without a trace, and he’s determined to find the woman he’s unknowingly given a piece of his heart to. It won’t be easy, but Casyrius learns that anything worth having, rarely is.

After getting her heart broken twice within a week, will Avian be able to find love again, or will she hold on to what could have been between her and Casyrius? If Casyrius finds her, will he be able to handle the secrets that she was hiding from him for so long?

If you are thinking about harming yourself or attempting suicide, tell someone who can help right away

Ask a family member or friend to help you make these calls or take you to the hospital.