#BookReview ‘A Kind of Freedom’ by Margaret Wilkerson Sexton 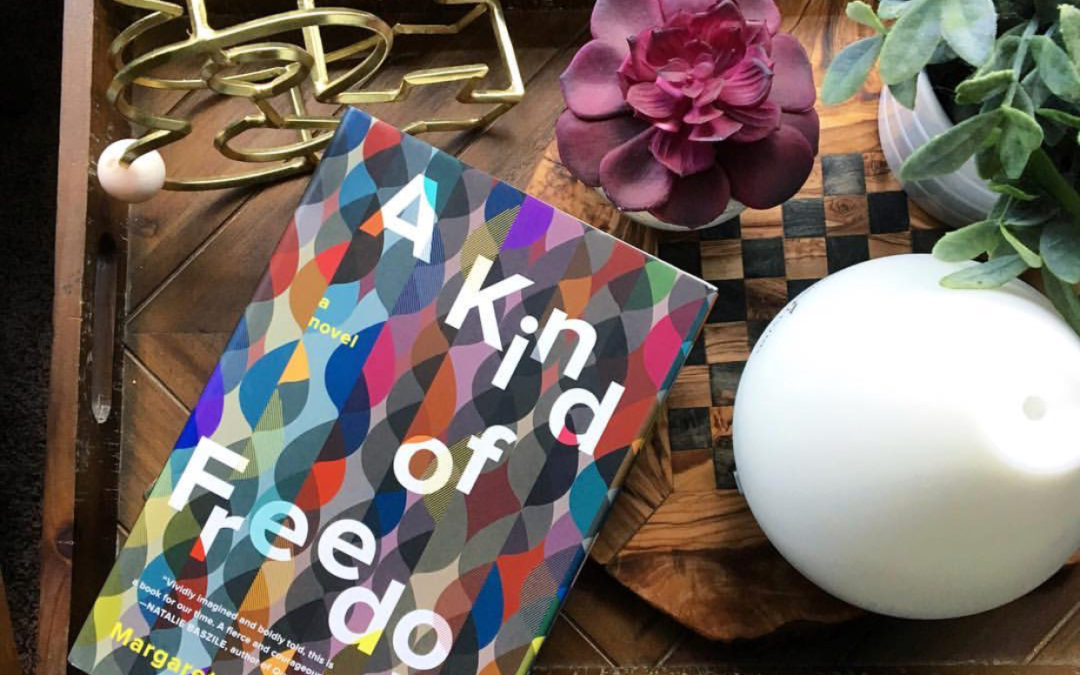 A Kind of Freedom

Evelyn is a Creole woman who comes of age in New Orleans at the height of World War II. Her family inhabits the upper echelon of Black society, and when she falls for no-account Renard, she is forced to choose between her life of privilege and the man she loves.

In 1982, Evelyn’s daughter, Jackie, is a frazzled single mother grappling with her absent husband’s drug addiction. Just as she comes to terms with his abandoning the family, he returns, ready to resume their old life. Jackie’s son, T.C., loves the creative process of growing marijuana more than the weed itself.

He was a square before Hurricane Katrina, but the New Orleans he knew didn’t survive the storm. Fresh out of a four-month stint for drug charges, T.C. decides to start over—until an old friend convinces him to stake his new beginning on one last deal. For Evelyn, Jim Crow is an ongoing reality, and in its wake new threats spring up to haunt her descendants.

A Kind of Freedom is an urgent novel that explores the legacy of racial disparity in the South through a poignant and redemptive family history.

When I first opened A Kind of Freedom, I knew little about the storyline. I did know there were three generations of living in the book and that alone drew me in. Evelyn opens the story and we are taken back into a time period where if a white police officer even looked your way and you were black you looked down.

We meet Evelyn when she is in college studying to become a nurse. Her life, for the most part, is better than most black people she knows because she is the daughter of a black doctor. Her world is very small, so small that it takes finding her first love to open it.

When reading about Evelyn the one thing I kept wanting her to do was to think out loud. She was always so worried about pleasing her entire family that she missed a lot of living. Evelyn clung to her sister Ruby for companionship and her sister Ruby knew it and used it against her when she needed to.

When Evelyn meets Runard that’s when we see the racial disparities, social injustice, and blatant racism in 1945. Evelyn’s world is shaken up when she meets and falls for Runard, a young smart black man who is poor. It’s their story that opens the door for Jackie and T.C.’s story to be told.

Jackie is the daughter of Evelyn and the granddaughter of the first black doctor of her hometown. Her older sister Sybil is a successful lawyer who is a know it all.

Jackie is in love with her husband, the problem? He is a crack head. Jackie’s story sat with me longer than I expected it to. I kept trying to wrap my mind around how she basically loses herself trying to save her husband.

You can’t fix a man who doesn’t want to be saved. You’ll just wind up paying for his sins in the end.

While her older sister Sybil got on my nerves she did give Jackie advice that she did not take.

“You can’t fix a man who doesn’t want to be saved. You’ll just wind up paying for his sins in the end.” -Sybil.

I wanted Jackie to win so bad because her biggest flaw is that she believes in her husband. It’s this belief that changes the course of her life forever and she is one of the reasons T.C. is the man he is.

T.C.’s story from afar plays out like a stereotypical young black boy who just can’t seem to get himself together. But T.C. has so much in him that’s not his to deal with.

Jackie’s heartache is passed down to T.C. and because he doesn’t know the history, his mother just comes off as a crazy woman at times. T.C. was so caught up in living for the moment that he doesn’t make rational decisions. And it’s his immature decisions that alters his life forever.

A Kind of Freedom overall all was good, I wish more depth was given to Evelyn and Ruby’s mother. I wanted to know more about who she was as a person and not just as a wife and mother. I also wish Ruby’s children had some play in the book.

I had so many thoughts about the relationship Ruby possibly might have had with her children. I really wanted to see more of Ruby and Sybil’s relationship. Their personality traits mirrored each other, it would have been interesting to read even for just a few lines how they felt about one another.

The story didn’t feel rushed and the storytelling overall was really good. I wanted more from the story, each story left me wondering about them in a way that felt incomplete. I didn’t think about them past their present circumstances because the book ended before I could predict a conclusion.

Overall I would recommend this book to another Sistah Girl.