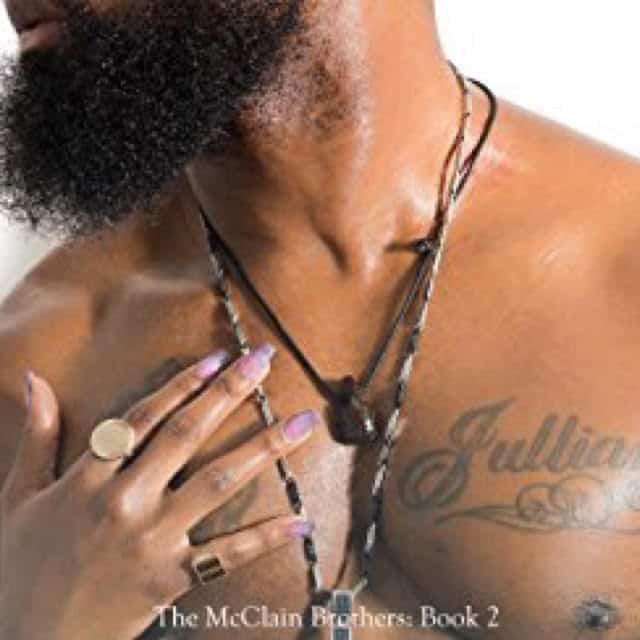 Relatively-New Authors Who Bring Smoke, Sizzle, and Singe My Brows!

Alexandria is in the Moo-F-ing House! I don’t curse but, this intro sounded like something an emcee would shout for Alexandria House’s introduction. Let Me Hold You (The McClain Brothers Book 2) by Alexandria House. Readers, you all need to get this one! Her latest installment took readers by the hand and tugged them through the pages of her novel with a fierceness.

I have not witnessed this level of writing in a new author in a minute. The writing was tight, the characters terrific, and their images were a vision to behold.

When I tell you- I could see Leland McClain; I saw and witnessed all the little nuisances as part of his personality. He was a clear vision in my head. Not only his physical appearance, which I might add was too handsome. The author’s description of this man also had me wanting to check out his skills.

Given the fact that Leland appreciated older women, and as an older woman, I was in heaven. Hollah! He was tall, lightly-toasted and had physical attributes any woman would want to lease for a few days at a time. His heart was genuine, even though he was spoiled, coddled as a child and remained much the same in his 26ish years, he was loveable. Even with his family dynamics, he gave a Spit about other people’s needs. An NBA star without an entourage. And he was Big South’s brother, the hero in book one.

Then there was the leading lady, thirty-five-year-old Kimberly Hampton. Her image was as easily discernable as the leading man. The other parts readers saw involved her heart and compassion for others. The author spoke about Kim’s physical appearance in an uplifting way.

The author reminded readers, a size 16 is as beautiful as a size 8, depending on the beholder. The described looks of admiration men lavished upon Kim’s sexy body; the author did this nicely. Everyone isn’t meant to be a size 8. The fact that Leland loved her physique and wasn’t bothered by the age difference encouraged the stories fabulousness.

Something always seemed off between Kim, her mother, and her son Armand. Her Mother’s attitude always made we wonder what on earth was her issue. My daughter used to get on my last nerves as a teenager, but still, I always loved her to the moon and back- Always. She is my friend as an adult now.

The family had so many things that simmered just slight of boiling. I loved the way the author kept me at bay with tidbits and then she would pull back. She did not want me to figure out the catch in the story before it was time to reveal the real issues. That’s an example of excellent writing skills for this reviewer.

The Crescendo into the Final Climax

Get your minds out of the gutter people!

The crescendo in the story was the build-up as to why Kim did what she did and the whys, and the falsetto was the love scenes between Kim and Leland. Did I tell you they were hot? Whew! The ending was climatic and had me grinning from ear to ear. The stories climax was good to the last drop. It was Good! Until next time Sistah’s!