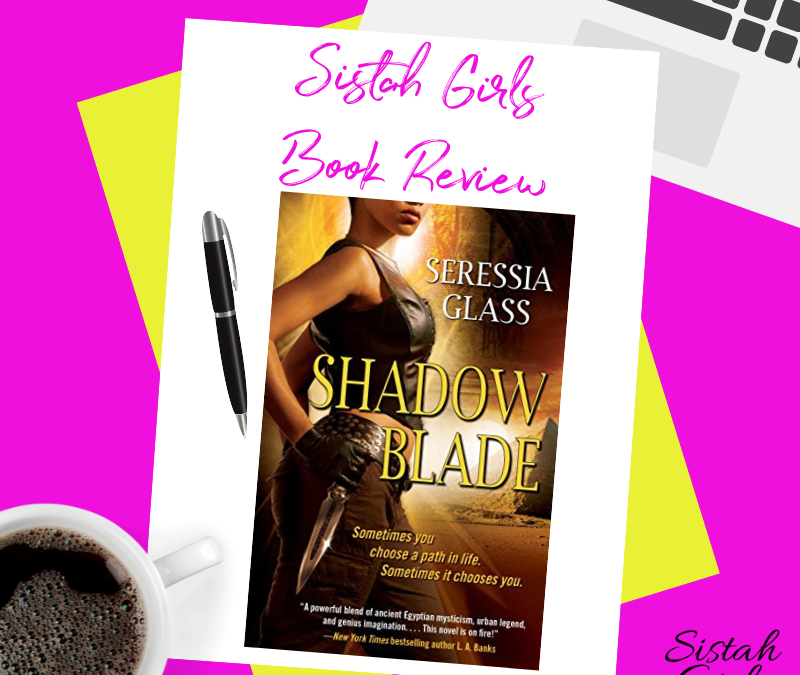 Shadow Blade by Seressia Glass has action, drama, and a tantalizing romance that left me wanting more. When Kira Solomon’s power to touch people and read their memories hurt her sister, her adoptive family left her on the steps of the Gilead Commission, a secret organization that protects humans from the supernatural.

Kira grows to be a hardened warrior and she learns to live without touch. When her human colleague brings her an ancient, enchanted dagger he brings danger to their doorstep. She is forced to team up with Khefar, an ancient warrior and owner of the dagger, to solve his murder and fight the demon.

It’s one of my favorite books of the year.

This book has a badass Black woman, gods as characters, a delicious slow burn romance, and a sexy sparring scene. It’s all I could ask for in urban fantasy.

The story is told mainly through Kira’s perspective but is dual POV with Khefar being the other character. Kira immediately grabbed my heart as the main character. She’s lived through a lot of hardship, facing rejection from her foster family and being unable to form lasting connections with her fellow Shadowchasers.

Living her life while holding herself apart from others makes Kira quick to judge and slow to trust, so she is unwilling to work with or trust Khefar at all. She is such a capable character and a protector of her friends. The plot involves demons and mystery but her characterization and love for her friends and family made her a relatable character and grounded the story.

Khefar is an immortal warrior who is trying to protect good souls. His mission is to maintain the balance between good and evil. Kira is so used to working solo and Khefar hasn’t had to prove himself in hundreds of years, of course, they butt heads.

Glass wrote an amazing slow-burn romance. Khefar earns her trust, relates to her as a warrior, and slowly makes a place in Kira’s heart as he proves himself useful in her investigations. The best part is that Kira can touch him. Khefar is the only person she’s met who is immune to her lethal touch. The two of them end up sparring. I read that scene at least three times before I let myself finish the rest of the book.

Kira goes from being afraid of Khefar’s closeness to letting herself be vulnerable with him. At times the plot took a backseat to the growing romance. The demon who killed Bernie is out there and the investigation to find him was weak, but I didn’t mind because the characters were getting closer.

This story was so readable I just flew through the pages, I could not get enough. The supernatural mystery was engaging and I was anxious for Kira to find Bernie’s killer and get justice, plus the ending was a bit of a cliffhanger.

My rating is 4 out of 5 stars and I highly recommend this book! I’m definitely going to finish this trilogy and see what’s next for Kira Solomon.