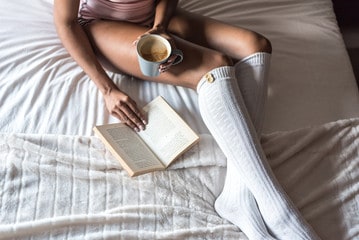 P.S. This book is part of a larger series, click HERE to begin the journey!

The seventh book in this series was well worth the wait. The other good thing about the story, wait for it… the main character is the namesake of a dear friend.

The other positive is the chance to see Joshua and Adam. The first book in the series Once You’ve Touched The Heart released in 2008. If you have not read the previous books, you should check out those books to understand all the plots in this story.

In this story, Socialite Carolyn Roth-Roberts finally made it from total witch to a genuinely warm-hearted person. After years of plotting, scheming and sexing every man she thought would bring her glamour, power, and notoriety; she had the chance to have love and happily ever after at the same time.

The backstory featured the plot against her father and the President. Carolyn was in for the ride of her life. I was so dang happy this time she had a man of her own to regard in her life and mull over her future with no implications of drama. The man in question just so happened to be Prince LaVere Ashro of Emure.

If you read Joshua’s story, you will recall he fell in love with the princess of Emure and left her with a parting gift. He had to be rescued by special operative Rochelle (Roc) who would heal his body, mind, soul and his heart. I won’t give away more about the previous books because you need to read this series.

Roc was back again in her deadly form taking care of an injured Gavin (Carolyn’s father). Lena was by her husband’s side giving everyone the business and a piece of her mind. She always cracks me up with her unfiltered comments. Carolyn would make the most significant transition in her life in this novel.

I was so happy to see her blossom into a more loving and open-minded person. I hope to see more of her and Prince Ashro in the next installment. Carolyn’s political mind—it’s touted as one of the best in DC in this story, and I suspect the author opened the door for her to glide charismatically into the next account.

To recap: The Presidency was in jeopardy because of an underhanded plot by a source we would see later. JD’s brilliant team took the threat in stride. The Lassiter clan came along for the ride to help the President solve the problem with significant political consequences.

As always, Joshua and Adam have a bombastic and explosive way on any account they are featured. Pun intended. Sistah’s, you’ll need to grab this one with both hands and hold on for dear life. ⭐️⭐️⭐️⭐️⭐️ Sensational Stars!