Book Review: This Close To Okay by Leesa Cross-Smith [Spoiler-Free] 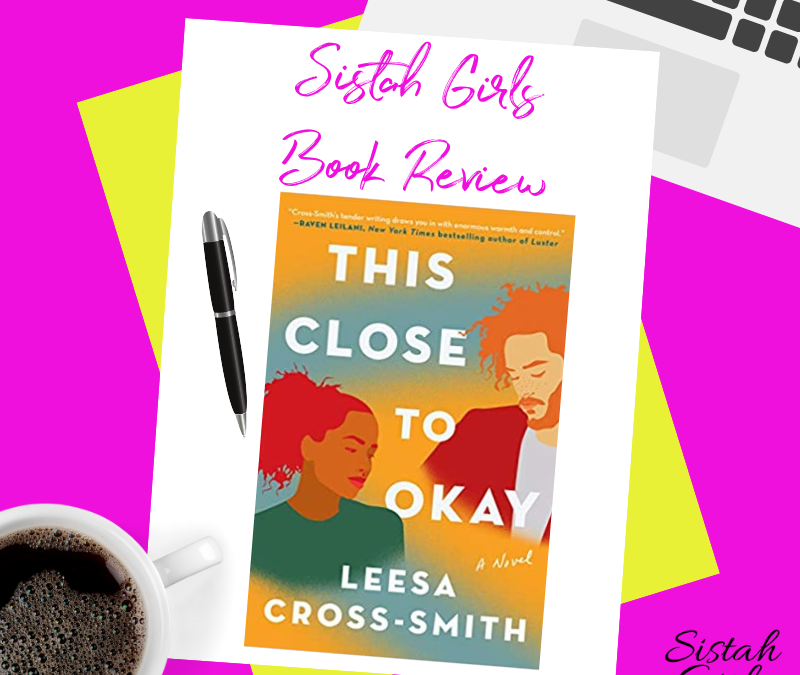 This Close To Okay by Leesa Cross-Smith

The book opens with Tallie (a recently divorced therapist) driving home from work on a rainy October night in Kentucky when she notices a man climb over the rail of the bridge she’s driving on.

From the very first paragraph, I was pulled into Tallie and Emmett’s story. Tallie is a successful therapist who is going through the aftershock of a divorce. And up until her divorce, I’d say her life was probably goals to anyone on the outside looking in.

Tallie’s life literally changes forever when she decides to talk a complete stranger down from jumping off a bridge. Enter Emmett–he is young, handsome, and suffers heavily from active suicidal ideation. His life is also changed forever when he meets Tallie, the one person who decided to stop in the pouring rain to save his life.

After Tallie talks Emmett out of jumping she does something that literally made me question her sanity–she takes him back to her home.

Emmett agrees and we spend the weekend with two people who under any other set of circumstances may have never given each other the time of day.

In a few short days, we see two complete strangers help each other navigate the toughest time in their lives. Smith addressed mental health gently, with the stroke of her pen she removed stereotypes of what a person with mental health issues looks like.

The writing! This story was beautifully written, Cross was able to capture (and make space for) Emmett’s and Tallie’s personal pain without the reader having to choose between the two. Yes, Tallie is a therapist but she is often the safe space for everyone to dump their pain on.

For the first time, someone gave her space to simply not be okay. The layers of fluff and small talk during the first encounter with a stranger are quickly peeled away due to the circumstances in which Emmett and Tallie meet. This stripping allowed me to enter into the deep end of the waters quickly with both characters and connect with them immediately.

This novel is filled with secrets, lies, and betrayal. But, it is also filled with kindness, forgiveness, and lots of love.

Questions I Asked Myself After Reading

What is a soulmate? Once I finished the book I said to myself, “Emmett and Tallie are soulmates.” There is no other way to explain their connection. In one weekend they became soulmates and knowing that made me think deeply about what a soulmate truly is.

Would I have stopped for a stranger if I noticed they were about to jump off a bridge? I played with that question for several days after reading this novel. Yes, I would have called for help but in the moments after what would I have done?

What does forgiveness of self look like? Forgiveness is spoken about a lot as it pertains to forgiving someone else but rarely do we speak in-depth about when you have to forgive yourself. This story made me think more in-depth about self-forgiveness and how it can be achieved on a daily basis.

Should you read the book?

Yes, read the book, Sis! It’s a story that will sit with you long after you’ve finished reading, you will do some heavy self-reflecting, and you will enjoy the journey that both Emmett and Tallie take you on.