#BookReview ‘For You I Will’ by Chelsea Maria 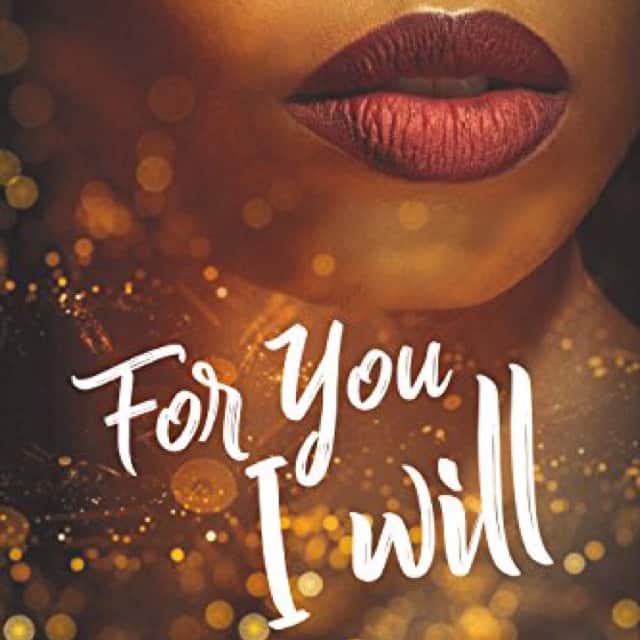 For You I Will by Chelsea Maria

Andre Joseph learned at a young age what it meant to cleave to another soul. Since the age of 15, he has sacrificed his happiness and placed his dreams on hold to make sure the one he cleaved to the most lived out their dream. Being a producer under his best friend’s record label came with a lot of perks… except true love. His desires for love went beyond the lyrics he wrote. He craved it like the air he breathed.

Landon Carter had it all. The money, cars, clothes and a plethora of women. Being COO of a major record label, Landon has seen first-hand the lengths women will go to just to attach their name to his. Tired of the lies and deceit, he takes his heart off the market and hardens it instead.

Set out on being struck by Cupid’s arrow, Andre opened himself up for love unlike his best friend Landon. Only thing, well person, stopping him is a Kenyan beauty by the name of Dafina whose own insecurities cause Andre to rethink if the fight for true love is worth it. Being the scrooge of love, Landon thought the black ice surrounding his heart would never melt. That is… until he meets an unlikely spirit housed in the woman he least expects that causes him to rethink the true of meaning love.

Let me ask you a question. If two men in your life said, “For you, I will do anything,” would you believe them? If one man was your brother, would that change the equation? Essentially, that’s the premise for this story. Two men are tangling with their emotional connections to one woman. I will clarify so that you don’t get the wrong impression. One man was in love with her as his woman, and the other loved her because they shared a womb and a spiritual bond.

Dre was an artist with the music label Red Light District. His voice was a mesmerizing instrument. Landon Carter was the music producer for RLD, and the nephew of the founder, Kirk Carter. Kirk was like a newer version of Berry Gordy and Motown Records. Dre and Landon were best friends and business associates.

Dre was a quiet, reserved artist extraordinaire who was very private about his affairs. Although the two men had known one another for six years, there were a few things you’ll be surprised to learn later in the story. Dre was love struck by a Kenyan beauty named Dafina. He was not able to get her to take him out of the friend’s zone she’d placed him for the entirety of their relationship. Her family would not allow their union.

So, Dre had no choice but to love her from afar. Dafina’s insecurities also held her back from letting Dre have her heart. The day he decided he would no longer beg for her love and walked away was the same day his friend discovered his secret. Don’t stress; she saw the light and let him in.

Landon was attending a singing competition when he heard and felt a force of nature he would later learn was Andrea Joseph. From the moment her energy field pulled him into her vortex, his life changed almost instantaneously. The secret reveal was in the form of a miniature woman with a bubbly personality and a condition you will learn about as the story progresses.

At this point in the story, Dre’s twin Andrea became the puzzle piece Landon wanted to solve, and Dre was determined to keep the parts of their hearts locked so that no one could gain access and therefore destroy the bond.

The story was a detailed and intricate story about loving and knowing when to let go. The novel dealt with a medical condition many parents and adults live with daily. The way in which the story revealed her situation and how it affected her life and her family showed great research.

The story was emotional and nicely done. The book has many spiritual references, so if you are seeking a lot of sex and drama, this is not the story for you. If you are searching for a book with a subcutaneous message and intimacy without sex, this book will fill that void. BookLoverSistah recommends this book for your reading pleasures.

Sign Up Below to Join the Sistah Girls Book Club