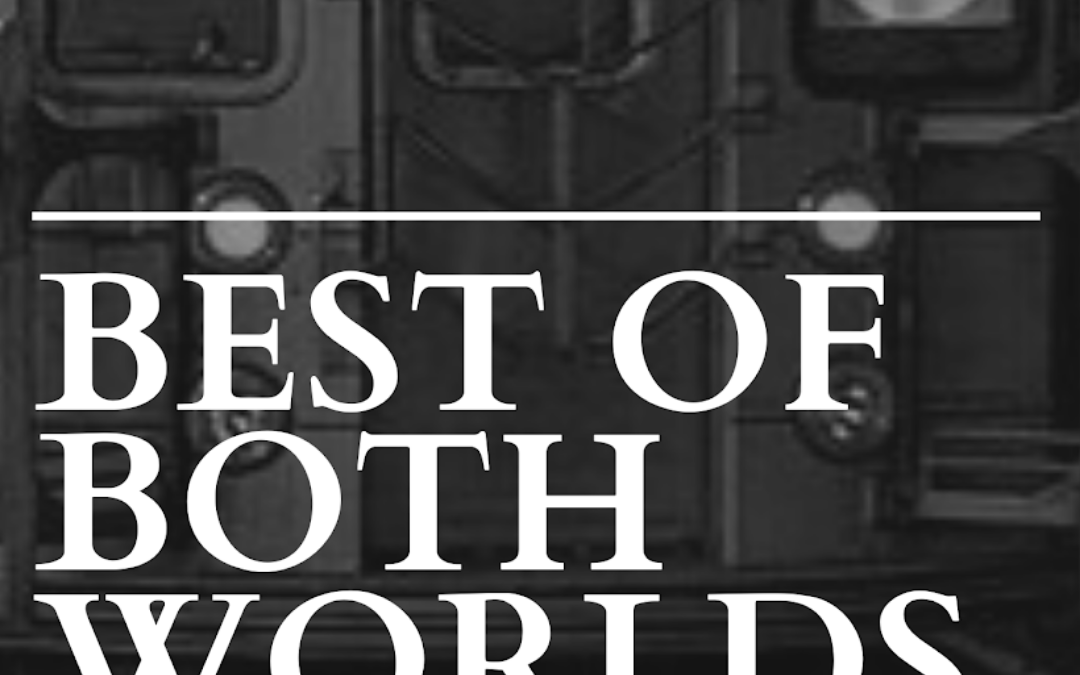 Best of Both Worlds

Dedicated to women who unknowingly share the same story.

Keyfood had the best sale today, these cans of spam will last us until the fifteenth. Ms. Adele from apartment 22C really came to my rescue with these coupons; I must remember to tell her thank you. This damn elevator isn’t working again; at twenty-eight years old you would think walking up eight flights of stairs would be easy. I had to work a double shift at the hotel today and everyone was staring at this fresh scar on my face. I call my scar ‘Moni love,’ an everyday reminder of the love I receive.

I honestly didn’t think the scar would change color like it did. My Grandma Bess always called me sugarplum. I heard that name all the time when I was a kid. ‘Sugarplum go to the corner store and get me a bag of pork rinds; sugarplum here is five dollars, go straight to Kennedy Fried Chicken and get me a two-piece box, make sure you get the packets of hot sauce. One time I asked Grandma Bess why she called me her sugarplum.

She said, “You’re not my sugarplum, I call you sugarplum because your skin is the same color as those black ass plums your mom ate all the time.” I wonder what name she would give me if she saw my face now. Moni love starts right under my ear lobe and trails straight to my pointy chin. Moni love is a soft caramel color with a slight height; she looks like a long pretzel at the edge of my face. I didn’t expect there to be a scar this time; there has never been a scar. Jamaar mastered the art of mystery. It was a mystery to everyone how hard he punched.

It was a mystery to everyone how hard he kicked. It was a mystery to everyone except for me. I thought our babies would bring out a different side of him. My first baby, I named Aaliyah Monae. Aaliyah has dark curly hair with skin like caramel. She gets the caramel skin from her father. She has his infectious smile as well, the type of smile that becomes an addiction. Her smile is as big as Jamarcus’s smile. Jamarcus is my second baby. He is as black as me; his skin is rich like a blackberry and glistened in the summer. His friends called him ‘Black’. My babies were my world, but I lost them.

The first loss came after a push to our grey vinyl tiled floors. I knew as soon as I fell that I would never get to comb that dark curly hair. The second loss was my fault; I couldn’t stop crying one night. I think I cried black out of me. When my excessive crying didn’t stop, I took the six-train downtown to Lenox Hill Hospital. Maybe if I just went to Harlem Hospital, I would have never lost Black.

Moni Love came the same night I lost Black; I exchanged one form of physical love for another. Jamaar said I should have taken my ass to Harlem Hospital, but I was trying to be like those uppity black chicks who thought they were better than us. When Jamaar looked at those girls having brunch on Lenox Ave. he would say, “I bet they never had a real man teach them a lesson.”

Red Rooster Harlem has the best jerk salmon bowl; the brunch scene was epic today. The uber from Lenox Ave. to Park Place isn’t half bad today. Maria went to Whole Foods and just couldn’t get the grocery list correct. I specifically asked for kumquats, and she brought back tangerines. I can’t fire her now; Gerald would give me an earful. He has been under a lot of pressure lately.

Trying to be the first African American to make partner at his law firm is no easy task. His days at Morehouse College and my days at Spelman are really paying off. It all worked out when I had to come to New York and complete my residency at Lenox Hill Hospital. This beautiful black woman came in the other night. As I looked in her dark eyes there was something so familiar. I remember her because her skin reminded me of my grandpa Charles.

He had the type of black skin that just glistens in the sun. Grandpa Charles called me peaches. He said I had a yellow/orange undertone to my skin, and I was as sweet as a Georgia peach. Grandpa Charles never liked Gerald. He said Gerald had a bad spirit on him that would never leave him. Gerald had a tendency of using his fist when he wanted to get his way. That’s not his fault. He had to fight to get into Morehouse, fight to get into Howard Law, fight to get into this law firm and now fight to become a partner. I just wish he didn’t have to fight me at night.

We were pregnant once. I remember the night we conceived the baby. I worked a sixteen-hour shift and came home just as he was entertaining colleagues. I filled the tub with Epsom salt so I could soak away the tired pain. I hopped out and entered our master bedroom. Gerald came in as I was wiping the last bit of water off my legs. He pushed me down and entered me from behind. I tried to push him off, but he took my hands and held them real tight.

I didn’t want to scream because his colleagues were still there. He asked if I liked it and I told him to please stop. He said he didn’t have to stop because I was his wife. Gerald never knew we were pregnant. I couldn’t look at my baby and be reminded of that night. I took the six-train uptown to Planned Parenthood in the Bronx.

Should Best of Both Worlds be turned into a novel?