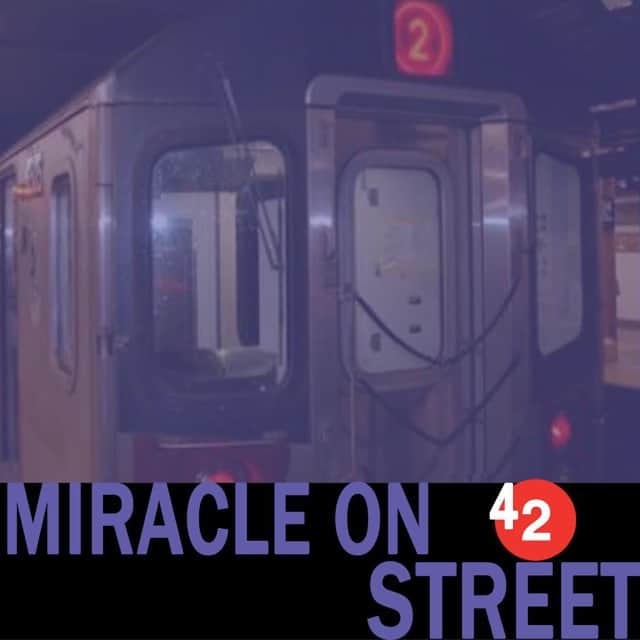 I had just left the hair salon at around 11:15 pm. Karen, my best friend, and owner of Eternal Beauty, occasionally gave me a lift to the Gun Hill Road train station on her way home. I was hoping to be able to catch the M11 Express Bus down into Lower Manhattan. That would’ve left me closer to home and with minimal traffic, it would’ve been a quick, 45-minute trip. Unfortunately, I missed my bus by about 10 minutes.

Instead of waiting the half hour for another, I walked my beautified self across the street to catch the Flatbush bound #2 train down to 34th Street. That ride should’ve taken little more than an hour. But on this particular evening, the wait for that train was excruciatingly long. When the train did arrive, the Subway car was half filled with young adults, looking like they were on their way to hang out on a Friday night. Girls, all had their hair and nails freshly done.

Guys, with fresh haircuts, dressed in their best casual clothing. Everyone spread themselves out in the car, allowing themselves ample room and assuring they didn’t invade anyone’s personal space. The train itself did the usual squealing and jerking but crawled to 149th Street-Grand Concourse.

When we pulled into 125th, a man that I assumed to be homeless entered and walked through, making an obnoxious pitch for passengers to fill his coffee cup with paper money. As he blew by me, I didn’t notice any odor but would have assumed he had a foul odor by the looks of him.

I know one thing, he was not satisfied with the fact that not a single coin donation dropped into his cup. So he planted himself smack in the middle of the Subway car instead of proceeding, and began to holler his random thoughts, “I’m from Maryland! I never been to a rodeo, and I like sandwiches with a lot of meat!”

New Yorkers can ignore anything. Despite his odd statements, no one so much as glanced in his direction. Those random assertions of his soon covered everything, from fragments of his life to Bible verses.

Competing against Beats and other stereo earbuds half the younger passengers were wearing, urged him to increase the volume on his storytelling. And he carried on spreading his message with spit flying from his mouth.

At 96th Street an Asian gentleman rushed in. He sat and looked across from him at the screaming man in the dingy cargo pants, upped and walked to the other end of the Subway car.

The train pulled into 72nd Street, a station that now had a crowded platform. Passengers piled in, quickly filling all the empty seats. Hands searched for space on poles. The screamer went right back at it. “Maryland makes the best steaks! This ain’t Maryland!”

The tourist that had just sat next to the screamer was a tall, beautiful, bright-skinned, black woman with big bushy hair. Her big, beautiful smile reminded me of my daughter. Young, she must’ve been in her early twenties. Her voice barreled with a pleasant accent when she screamed back, “Of course this isn’t Maryland! I’ve been to Maryland!”

Now, of this trainload of passengers, those who had purposely been avoiding eye contact with this man were now engaged to see how he was going to react to her. I can only assume that like myself, they were quietly deciding how involved they’d get. The screamer’s response was to ask, “Well, where you from?”

“I am from California!”

At that, he said, “California is a beautiful place!”

And she screamed back, “I know! That’s why I live there!”

He cleared his throat and lowered his tone, “I also like Virginia. I’ve actually been all around the world.”

“I’ve only been as far as West Coast to East Coast, and I’ve been down to the Caribbean twice. But I do like to travel.”

He said, “I like to travel, too!” Now he screamed in excitement, but his voice turned somber when he added, “I just haven’t been able to travel for a while.”

At that, the tourist said, “Don’t worry, you’ll get to travel again soon.” Now the rest of us, who have been there before, during, and after his entry into the car, we’re all quietly laughing to ourselves.

But I noticed the Subway car had stopped somewhere between 72nd and 42nd Street and there was an announcement. We are stalled. Due to a sick passenger, someone has pulled the Emergency Brake. We are stalled here until help arrives.

We were stuck between the two stations for roughly forty-five minutes, confined to this one Subway car, but were actively eavesdropping on what had completely settled into pleasant camaraderie between this man and this young tourist.

It was sheer beauty to witness this man’s return to humanity, noticing how straight his posture became as he sat, his crossed legs, and how he was so engrossed in their conversation that his smile became as big as hers.

And by the time the train finally creeped into the Time Square Station, my cell phone read 1:30 am. I saw no EMS workers in the station but did see about 30 police officers. The doors of the Subway car opened up and the homeless gentleman and the tourist step out through the foremost doors and smiled at each other. Just shy of giving him a hug, she said, “You have a great evening and be careful out here!”

He replied, “You too, and stay sweet, dear lady.”

They walked off in different directions. Several police officers rushed in past them, looked up and down the Subway car, before exiting and boarding the next car over. Since someone had pulled the emergency brake, it seems they were now searching the whole train one car at a time.

The tourist had walked down the platform. And I watched the strange gentleman’s cargo pants casually exiting up the stairs, while these 30 or so police officers frantically searched in and about the Subway platform and cars for the missing “sick” passenger.

Empty handed, they converged in the middle of the Subway platform, scratching their heads. I was puzzled myself, trying to figure out which passenger in our car pulled the Emergency Brake.

That man turns out, may have just been going through a tough break. All he seemed to really need was someone to talk to him.

Should "Miracle on 42nd Street," be turned into a full length novel?