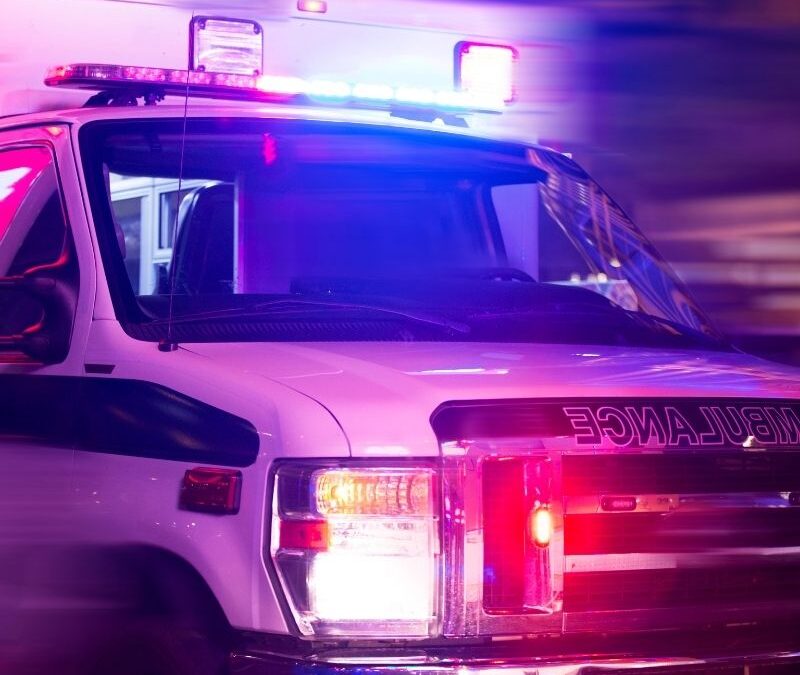 It was 3 a.m. and the patriotic light display in Jamarcus’s rearview mirror made his heart plummet into his size 12 Jordans. The sight of two police officers creeping to the driver’s side of his black Chevy Impala sucked the air right out of his lungs. At this moment, the pain of unrealized dreams ran through his veins like a river.

Sure, he was scared of what hell this “routine traffic stop” would bring. He had seen it before on the 10 o’ clock news – Sandra Bland, Philando Castile –they were all soldiers in a war they didn’t enlist. In a country with selective justice, their skin color made them an enemy of the state. So, Jamarcus had to keep calm while contemplating the consequences of every action. If not for him, for Gina, who sit nine months pregnant in the passenger’s seat. She was holding his twin boys who did not yet know the world.

Gina’s contractions were only one minute apart. The agonizing screams and methodical breathing of labor were their reality inside the black Impala. Jamarcus gazed into Gina’s eyes briefly, rubbed her stomach as she violently screamed. He flashed back to three months ago, a more peaceful and certain time when he decorated the twin’s room.

Jamarcus had taken pride in designing the boy’s nursery. Gina was too stressed to undertake that project and he was happy to help. He knew that his sons would love basketball, baseball, and football, just like him. He adorned the floor with an oversized baseball rug and filled the walls with inspirational quotes from his favorite athletes. His favorite was a quote by Vince Lombardi, “It’s not whether you get knocked down; it’s whether you get up.”

A knock on the window brought him back to Gina. He said, “We’re going to be alright, baby. We’re going to get to the hospital.” Two officers signaled him to roll down the window, “You were speeding sir, going 90 miles per hour in a 60-mile zone… License and registration, please.”

Jamarcus fumbled through his pockets and glove compartment for the requested documents. He found his registration and a dated version of his license. He handed them over but asked for leniency as Gina’s cries for help grew louder.

He chose his words carefully like his mother taught him when talking to the police. “Officers, please help. My wife is in labor. My boys are coming now, please help!” Jamarcus begged. “Her condition is no excuse for breaking the law, boy,” the officers said coldly in unison. “We will call an ambulance.” The officers were unbothered by the miracle happening in front of them and continued back to their vehicles.

Jamarcus’s bundles of joy were on the way. He knew that within a few minutes their lives were about to change. Gina needed to be as comfortable as possible. She was about to bring his seed to life. He wanted to do everything for her, go to medical school and all so he could deliver the twins for her right now. But he couldn’t, the best he could do was move her to the back seat so she could push until the ambulance came.

He reached to unbuckle his seatbelt and put his hands up before slowly opening the door. He said in a loud, clear, and calm voice, “I am exiting the car. I am unarmed. I need to make sure my wife is OK.”

The officers were in the process of pulling up his record when they saw Jamarcus wave his hands and open his car door. His license was suspended, and he had some prior offenses, battery and petty theft, the police saw. The officers jumped out in a fury — “Get down! Get down!” with their guns aimed. Their heads shining like the moon in a howling night.

Jamarcus stood with his hands up and shouted as calmly as he could, “Don’t shoot. My wife is pregnant, she’s in labor, the babies are coming. She needs my help.” It was as if the woman and her cries were invisible to the officers. It didn’t matter to them.

“GET DOWN NIGGER!” “Officers, please help her,” Jamarcus cried. “Ahhhhhhhhhhhhhhhhh…..ahhhhhhhhhhhhh,” Gina screamed. “Baby, I need you!!” “GET DOWN,” the police shouted inching towards Jamarcus.

Unable to deal with the thought of not being able to comfort his wife, Jamarcus ran around the front of the car with his hands up and met his wife at her door. He pushed her seat back to allow her to recline and squatted to grab her hand. She grabbed it with all the love she had and pushed.

“GET DOWN NIGGER!,” someone reminded them in the distance. The hunters had finally reached their prey. Jamarcus held Gina tight. “Please officer… please send an ambul…,” Jamarcus pleaded.

But before he could finish his sentence, two shots rang out. Gina stopped pushing and Jamarcus fell to the cold hard concrete with emptiness in his eyes. Cries entered the atmosphere, but it wasn’t a sign of new life.

The moonlight revealed Jamarcus in the fetal position, crying to Father God, asking him ‘why?’. Gina and the lives within her were lifeless. Blood soiled her favorite nightgowns. Jamarcus, filled with hope and faith, was still determined to get Gina to the hospital. He stood up to find his wife’s wound. He felt the warm blood rushing from her chest. And then, another shot.

Jamarcus dropped to the cold concrete, his skin matching the black asphalt. The officers holstered their guns, retreated to their cars and filled out a report. The ambulance never came.

Should "No Ambulance," be turned into a full-length novel?