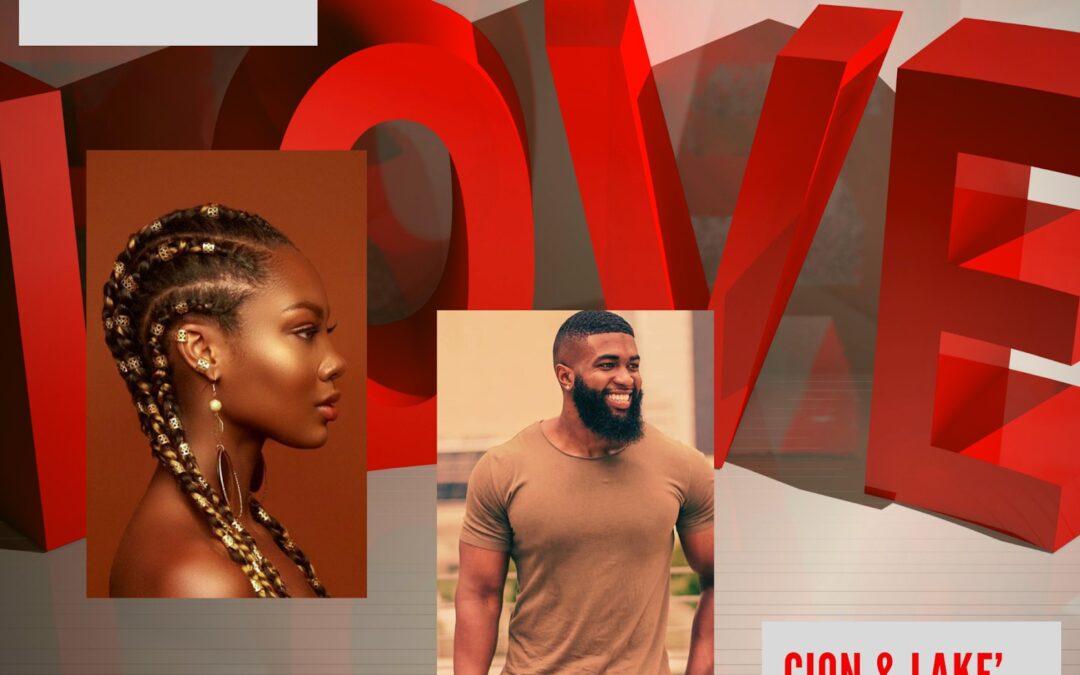 The room rumbled with applause, watching highlights of Cion’s career as one of the nation’s leading college quarterbacks. His mother, who wasn’t a very emotional woman, gasped. Tears soon formed, watching her son go the first round, first pick in the NFL draft. Her longtime boyfriend, Cedric, hugged her, then patted Cion on the back who stood up full of emotion.

Dressed in a bone-colored nicely tailored suit with bone color snakeskin shoes that cost her almost half of her paycheck, Cion still looked like a little boy as he looked her way once more for some kind of encouragement.

“It’s okay, baby,” Cedric told her, rubbing her back. “And stop crying or you’ll make him cry. I can’t have big ass crying up there now. He’ll mess the photo opp up.”

Cion was tall, bearing broad shoulders with bulky, yet cut arms and thighs. His complexion was the color of henna, they complemented his warm brown eyes, eyes that crinkled when he smiled. His smile, huge like his size that came from his father, but his heart was all his mother. The heart no one woman ever had a chance to know on an intimate level and probably never would.

“You’re the only one I know that works around fine men but runs from them outside of work. What kind of physical therapist are you?” Stoney teased her best friend, Lake.

“The kind that goes to work to work,” she said, letting her in. She was just about to enjoy a Friday night with Hulu and a bin of butter pecan ice cream before Stoney came bearing treats. She knew how Lake’ loved anything she baked, even if they both pretended to be watching their weight most days. In college, that was Stoney’s hustle to make ends meet.

“Wait,” she said, holding her hand up, halting Lake’s rant. “It’s a cheesecake made with Splenda. Oh, and the crust is made with organic flour, crushed walnuts, fat-free margarine, milk, and egg whites. And the strawberries—girl, I soaked them with some red wine. I’m tired of these keto-eating bitches making me feel bad about wanting to eat something sweet. If you like these, I’m adding them to my list of sweet treats.”

Standing a tad bit taller than 5’5”, Lake’ stayed away from sweets short of her Friday night regimen of sweets.

“Oh, girl. I forgot my brownies,” Stoney told her, rushing off to the bathroom as Lake’ headed outside to retrieve them.

“Go,” she said, heading outside. When she stepped out, she heard a woman screaming to the top of her lungs at a man whose hand was wrapped around a little girl. Maybe age five or six. After grabbing the pan of brownies, she shot inside.

Moments later, she heard a knock at her front door.

“May I help you?” she asked, looking at the man arguing with the woman. He was smiling cockily, but not at her, when she felt Stoney ease up next to her.

“Lake’,” she said, introducing herself with a tight-lipped smile.

“Pleasure to meet you, ladies. I’m Rheem and this is my daughter, Ryan. First, I’d like to apologize as to what you’d just witnessed,” he said, peeling his eyes away from Stoney long enough to give Lake’s his attention. “Cookie is…” he said and paused, looking down at his daughter who held on tightly to his hand. “Just Cookie,” he replied, deciding not to speak ill of the child’s mother in front of her.

After what Lake’ had just witnessed, she surmised the child was used to their antics.

“Right, right. Babysits all the time,” Lake’ slid in, laying it on thick while Stoney’s eyes bucked. “And no apology needed. We were having an otherwise boring night until you came along.”

“We were not,” Stoney said, standing up quickly. “Tonight I had her testing out some adult brownies,” she emphasized to him, revealing the pan of brownies. “Want to try some?”

“Sure come on over… both of you,” he said and his daughter agreed. “None for you, Ryan,” he told his daughter, causing her to pout.

“Cion, this is Stoney,” Rheem said, introducing them to his best friend. He’d just stopped by after practice. It was late, by then, his daughter had been tucked nicely away. Rheem knew he wouldn’t trip since Lake’ was almost his type. Maybe a little green for Cion, but definitely someone he could kick it with for a few hours.

“How do you spell your name?” he asked, checking out her neatly twisted dreads. He thought it was sexy, especially the spiced cognac highlights on the end against her dark rum-colored skin.

“Like the word lake with an apostrophe over the e.”

“So ‘lah’ and ‘kay’,” he released slowly, enjoying how it rolled off his tongue. Lake’ felt an inferno take over her body. Immediately, her brain shut down, leaving her at a loss for words. Cion was used to it, chuckling as she quickly hopped up.

“Down the hall and to the right, the first door,” Rheem said as she took off. “Your girl is fucked up.”

Cion took that time to head into the kitchen, preparing him a huge helping of wings and veggie pizza. He was famished after six hours of practice.

“Good thing y’all didn’t smoke,” Cion said, watching them all over each other. “And you might want to check on your girl,” Cion suggested, surprisingly itching to see her again once he noticed she’d been gone for a few.

“You ain’t shit. I’m telling when she comes back,” Cion playfully threatened her, just before Lake’ appeared in the kitchen.

“Hey, I’m about to head out. Just wanted to say good night.” She was trying not to pass gas but didn’t want to appear rude by not saying goodbye. “So soon?” he asked with a lift of the brow. It was so fucking sexy, too.

“And just so we can cut cross the field, bodily gas is a normal function. I mean you are finer than a motherfucker, but shit happens.”

When he did, Lake’ busted out laughing. Cion gave her a look, knowing it wasn’t that funny. He was simply trying to put her mind at ease so she could chill with him for the time he was there.

“What’s cut across the field?” She could tell he had an old soul or was raised by one who did.

“Getting to the point, you know.”

“Got it,” she beamed. “Well, shit did happen,” she admitted, taking a gulp of ginger ale that Rheem just so happen to have as a beverage selection.

“That’s what’s up. Why sit around and fuck your insides up?” he said, as if he were talking more to himself.

“Are you okay?” Lake’ asked, especially since he’d been so kind to her.

“Naw,” he admitted with ease, then chuckled as he stared at her. “I’m not actually. Do you know who I am?” he asked, wondering why she hadn’t made it known if she did.

“Cion?” she replied, with more of a question that made him smile. Her confused look wasn’t an act. He could tell.

“Yeah, Cion,” he said, hearing a hearty laugh from the living room. It was their friends who were clearly having a good time.

“You want to get out of here?” he asked her.

With squinted eyes, Lake’ wondered what vibes she gave off. She had no social life, which paled in comparison to the one she knew he had to have solely off his looks.

“Want to walk me home instead?” she suggested. “It’s just next door. Not that long of a walk.”

“We can do that,” he said, surprisingly. “That way you can release yourself properly” he teased, smiling.

“I’m so embarrassed,” she said, covering her face.

“Don’t do that. I want to see that part of you. The part where you smile no matter what.”

Should Say You Will be turned into a novel?