Short Story: Why Do You Write? by Sharon L. Mitchell 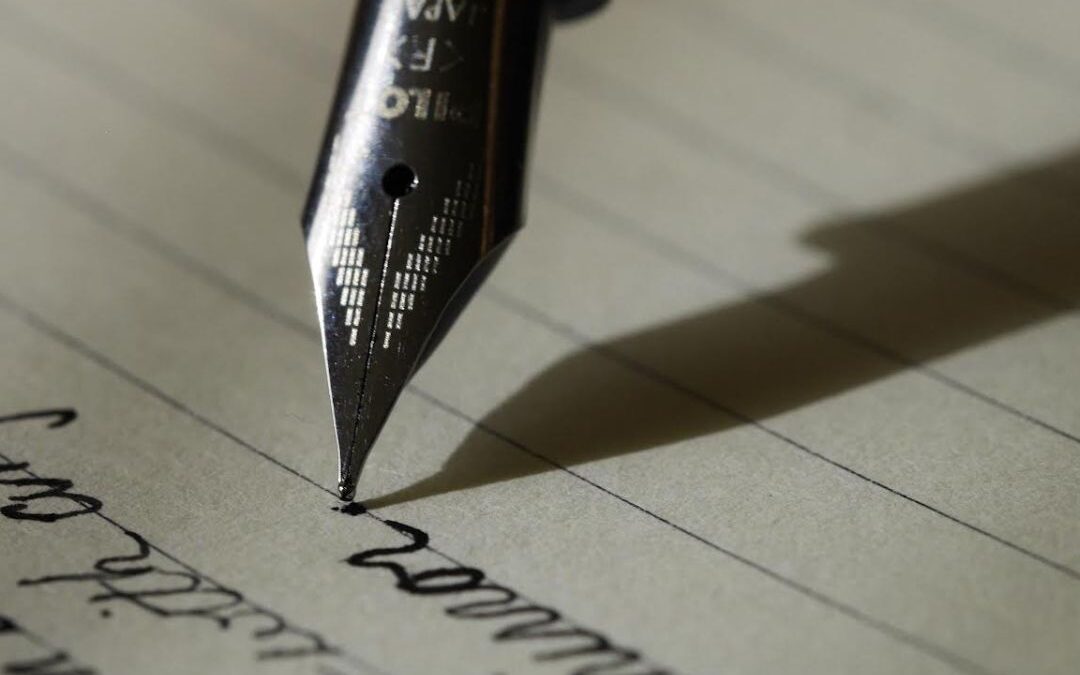 Why Do You Write? by Sharon L. Mitchell

“I am a writing genius!”

Thirty-year-old Olivia, a/k/a Liv, stood before a hanging mirror and yelled her daily mantra. Sucking her teeth, she rolled her dark-brown eyes at the image.

“Who are you kidding?”

For over six years, the gaping maw that was her mailbox spewed out rejection letters from publishers, literary agents, and editors, none of whom were interested in anything she had to say.

“There isn’t a market for your type of work—consider another genre.”

Frustrated, Liv found herself standing at a crossroads—should she pack up her manuscript once and for all or ignore the Doubting Thomas whispering in her ear?

“Give up, Olivia! Writing is for everyone but you!”

Liv dragged herself into the living room and flopped down onto a frayed, gingham print couch. “Maybe I should re-write my story.”

As quickly as that idea crept up, it was ruthlessly crushed underfoot. Liv zoned out as her mind rocked back to the past.

“Come on down and get a free turkey with any seventy-five-dollar purchase!”

“Hurry! Supplies are limited, and Thanksgiving ….”

Liv leaned forward and switched off an old, black AM/FM radio on the counter beside her. Getting up, she walked away from a sturdy table, chair, and computer that had been her closest friends for the last two years. Slender fingers and slim, brown arms stretched towards the chipped ceiling of her quaint apartment in NoHo.

Liv sauntered over to her living room window. She slid back a beige curtain that blocked her view of the bustling street below. It was 2:00 a.m. on a Saturday, and the city still pulsed with life.

Liv laughed out loud and hugged herself tightly. “The final period at the end of the last sentence has been typed. My work here is done.”

She rolled her eyes. “Geez, I sound like that monkey from the Lion King. I need to get out more.”

After two years, Liv’s 450-page manuscript or masterpiece (according to her) was finished. All the characters in her head had been brought to life on paper. Their faces and voices were as real as the air that passed through her lungs, and now she planned to share all of that with the world.

“I remember that night like it was yesterday.” Liv smiled when she thought of it.

“I was elated but filled with equal amounts of anxiety and hubris. My book was one of a kind, and when the publishing industry caught a whiff of it, I would be an overnight success!”

After a long night of binge-watching Harry Potter movies, Liv woke up the following day, dove into her computer, and started typing away. “N.K. Jemisin, here I come!” She bellowed to no one in particular.

Liv’s life consisted of only work, home, critique groups, and an occasional dinner with her parents. Liv’s mom was skilled at bombarding her only daughter with guilt. She’d lay on her Jamaican accent to push her point home—sounding like she just came off the boat. It didn’t matter that her mom had been in the U.S. since 1968.

“Imagine. I brought you into this world, and you can find time to come and see me?”

“What is two weeks? When mi dead and gone, then you will feel it!”

“Note my mother was as strong as a lion and still is.”

“Maybe if I had a grandchild, I wouldn’t require so much of your precious time.”

After I escaped, I admitted to myself that I was turning into a hermit. If there were an A.A. for writers, surely, I would have joined. The coming and goings of the world were of no real consequence.

My answering machine was blinking “full,” and the milk in my fridge was way past its expiration date. I would peek out occasionally to ensure there were no fires to put out, but then I’d bury myself under my prose like a mole would dirt. Writing had become an addiction. Now I wonder if it was worth it.

The new year was just days away, and still, I had no luck. If I were foolish enough to make writing my sole means of support, I would have been living on the street. Every day colorful envelopes appeared in my mailbox. I was invited to several holiday parties but was in no mood for any of them.

It was 10:00 p.m. on New Year’s Eve when a loud knocking sound came from my front door.

I dragged myself from the couch and opened the door to my high-spirited cousin Lorraine. As she sashayed in, she asked, “Seriously, Liv. Do you plan on bringing in the new year like this? Depressed and alone, wrapped up in an old, dusty-ass blanket like some spinster with Ryan Seacrest as your only company?”

“I received another rejection letter today,” I mumbled and flopped onto the couch.

Sighing, Lorraine rolled her brown, oval-shaped eyes and gingerly sat down next to me. She wore a sexy, black velvet mini dress. Lorraine swiftly brushed her hands over her svelte hips and thighs and got back up. Her ‘stoosh’ self would not tolerate a bunch of lint spotting her dress like polka dots.

“Why do you write? I mean, seriously, why do you bother? It has been what, almost five years, and still, you’ve heard nothing. I mean, what drives you? Because if this was me,” she looked me up and down with pity, “I would have given up a long time ago!”

I did not bother to correct Lorraine on how long it had been. It would have looked even more dismal.

“It’s hard to explain, Lorraine,” I let out a long-suffering sigh.

“To tell you the truth, only a writer would understand.”

Lorraine frowned as she attempted to get up. I quickly grabbed her wrist.

“Listen, Lo, I did not mean to insult you, but it is what it is. Only another writer would understand what I’ve been through.”

Liv pointed to a large wooden shelf. It was overflowing with books.

“Do you think those authors were discovered overnight? They struggled just as much as I am. But they found someone willing to take a chance on them. I need that too.”

“Well, your dream will not come true while you mope around here! Come on!” Lorraine yanked me off the couch and pushed me through the bathroom door.

“You have a half-an-hour to get dressed. I am going to a party, and you, my dear, are coming with me!”

I felt guilty for insulting Lorraine. She was always in my corner. Struggling to tame my thick tresses, I slicked them into a simple ponytail. I dabbed on some make-up, rubbed my favorite musk oil behind my ears, and grabbed the black and white cashmere dress that Lo shoved through the door. I didn’t bother to ask where she got it.

Jumping into a yellow cab, we stopped in front of a skyscraper at the corner of a major intersection downtown. There was a lot of excitement as people rushed to their destinations before midnight. After paying the cabbie, Lorraine pulled me out of the car and into a beautiful, brightly lit lobby.

“You only have fifteen minutes left!”

As we ran into the elevator and the doors shut, I turned to Lorraine. “Who’s throwing this soiree anyway?” I asked suspiciously.

We were on the fiftieth floor when the doors opened. My mouth fell open from shock. Stretched across the top of a set of ballroom doors was a banner:

I had to fight the urge to yell out. Tickets sold out for this event months ago. I squeaked when one of my favorite authors strolled by.

“I don’t know what to say.” I wrapped my arm around Lo’s shoulder and gave her a big squeeze, but it did not last long. She wasn’t one for drawn-out displays of affection.

My cousin rolled her eyes when she saw the smirk on my face.

“When I listened to you this evening, I thought you were giving up. It is good to know that your inner fire still burns bright!”

Spreading her arms out before her, she carried on.

“There are publishers, agents, and authors galore. I bet you’ll be one step closer to your dream before the night is over!”

Lorraine pulled me into the crowd just as the old year ended and the new year began.