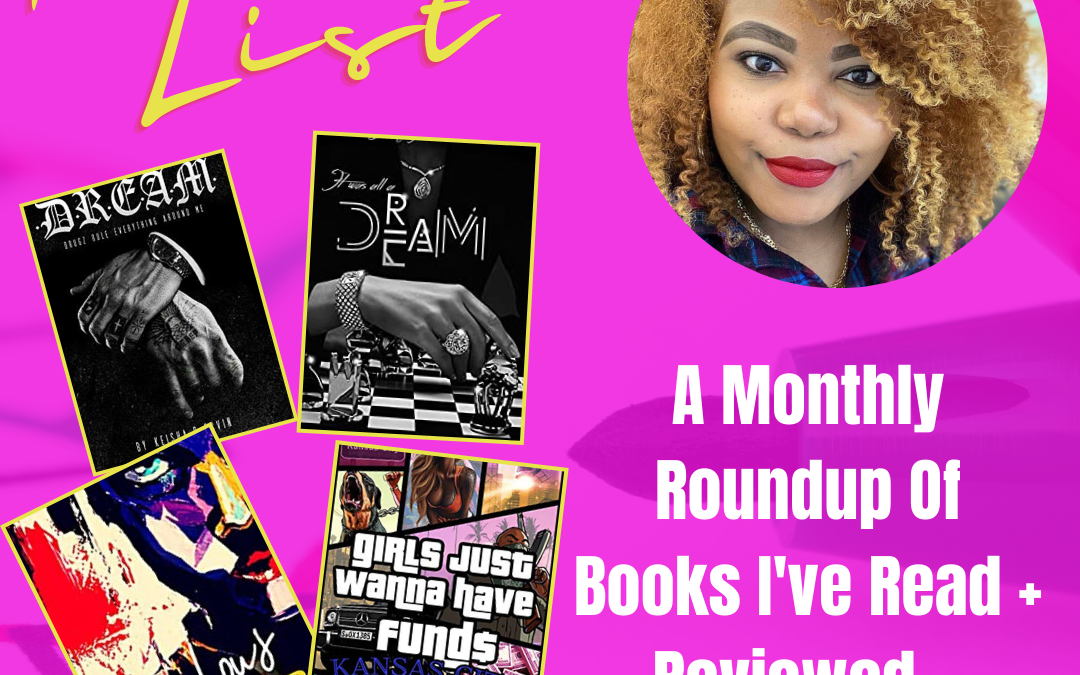 Hey Sistah Girls! In July I stuck to the authors that I know. Not sure why, it just kind of just happened that way. 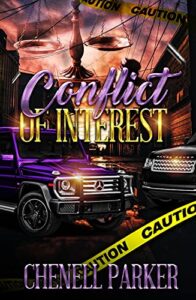 4 Stars for Conflict of Interest by Chenell Parker

“Are you running from something?” – Ross

Yesina and Greyson are best friends and they’re both fiercely protective of one another. Despite that, Greyson has secrets, secrets that he tries to keep far away from his bestie for her safety. The problem is everything done in the dark eventually comes to the light. When a dangerous situation turns fatal who can you really trust when it feels like everyone has an agenda.

My Thoughts
This is for suspenseful romance lovers that enjoy a big dose of drama. Chenell Parker takes readers on a wild and crazy drama-filled ride. This author is great with the twists and turns that she foreshadows if you really read carefully.

Her characters are always colorful live wires that you feel fully entertained by. I honestly reframed from sharing any other details because you really need to read the book. I cannot wait to get my hands on part 2! 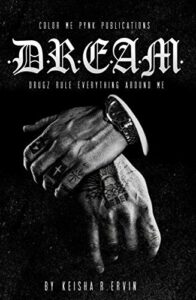 ‘Keanu Dessalines Baptiste was the devil.’ -written as a monologue

Keanu, better known as Dream is a major force to be reckoned with in these Philly streets. After witnessing the brutal murder of his mother as a child he grows to become the next in line as the head of his crime mafia family.

India Black is the daughter of the infamous Chyna Black. India is an heir in her own right, but she’s also currently a struggling college student in the city of Philadelphia. When these two cross paths the scene is…life-threatening. Literally.

My Thoughts
Book one pulled me in completely. I was very into the main characters and how everything would play out between the two. These two, India and Dream are like magnets, pulled to each other no matter who-what-where-when. It keeps the reader engaged. I waited for the release of book 2 to even start the series and I’m glad I did.

It Was All A Dream, picks up right where book 1 left off. Dream took the jet and popped up on India, narrowly getting pass mama bear Chyna. However, once back in Philly life becomes a challenge just as India predicted.

Everything gets flip upside down when Dream learns of the deal his father and crime boss Jackson Baptiste has made with the heads of the other mafia families. India is not prepared for the major change in Dream and she decides to fight for what she wants when she sees that he won’t…or will he?

My Thoughts
While Ervin does a good job with the suspenseful side of her story in other places it felt a bit cliché. It was almost like she was trying too hard with a story and characters that did not need the overdone charming poetic descriptions.

The rawness vibe she had going in book 1 was good enough for me. But hey, maybe its just me and that’s my take on it. Overall, I look forward to book 3!

‘They all laughed as Darby cried in front of them. “Dirty Darby, Dirty Darby,” they chanted while smiling.

Jealous Hearted shows exactly what can happen when someone spirals off the deep end. Darby was teased as a young girl in school until two popular girls, Lourdes and Sundae come to her rescue and decide to take her under their wing. The three become friends or so it seems…

The two girls grow apart from Darby after high school graduation but reconnect soon after college. Unfortunately, Lourdes and Sundae find out a little too late that Darby has nothing but bad intentions for them.

My Thoughts
Jealous Hearted is a rerelease for Thomas, I recall reading it years back. The book was freaking eerie and has romantic undertones mixed in with suspense. Its fast paced and I think anyone looking for a quick read after reading a fluffy romance or feeling stuck in a genre cycle should try this. 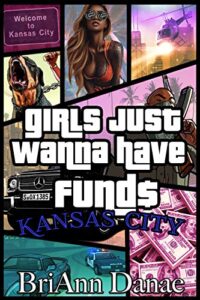 3 Stars for Girls Just Wanna Have Funds (books 1&2) by BriAnn Danae
“It’s not always about what you know, but who you know.” -Jhalil
Misani and Zari find themselves in the streets after running away from the girl’s home they were living in. Sadly, both girls are parentless and eventually find sanctuary after Zari reaches out to her cousins in Kansas City.

A few years later, the fearsome twosome becomes a foursome with the addition of Keegan and her cousin Envie. Each lady is a hustler, they don’t chase men they chase the bag. However, with chasing the bag as their main goal what happens when love pops up unexpectedly. Begging the question, who is willing to change for love?

My Thoughts
I enjoyed the book, but I really wanted more. The author gives readers a lot of characters and sometimes it felt like too much, which is crazy because in the same breath I wish there had been more page time for some of the additional characters. Weird I know but that’s how I feel okay, LOL!

I wanted to know more about Carlos, Jhalil, Jaci, and even Envie’s baby daddy (his name escapes me right now) but you get my drift. I was introduced to certain characters and I felt slighted in the end with their lack of page time/appearances. Overall, the story was good I just desired more story time.