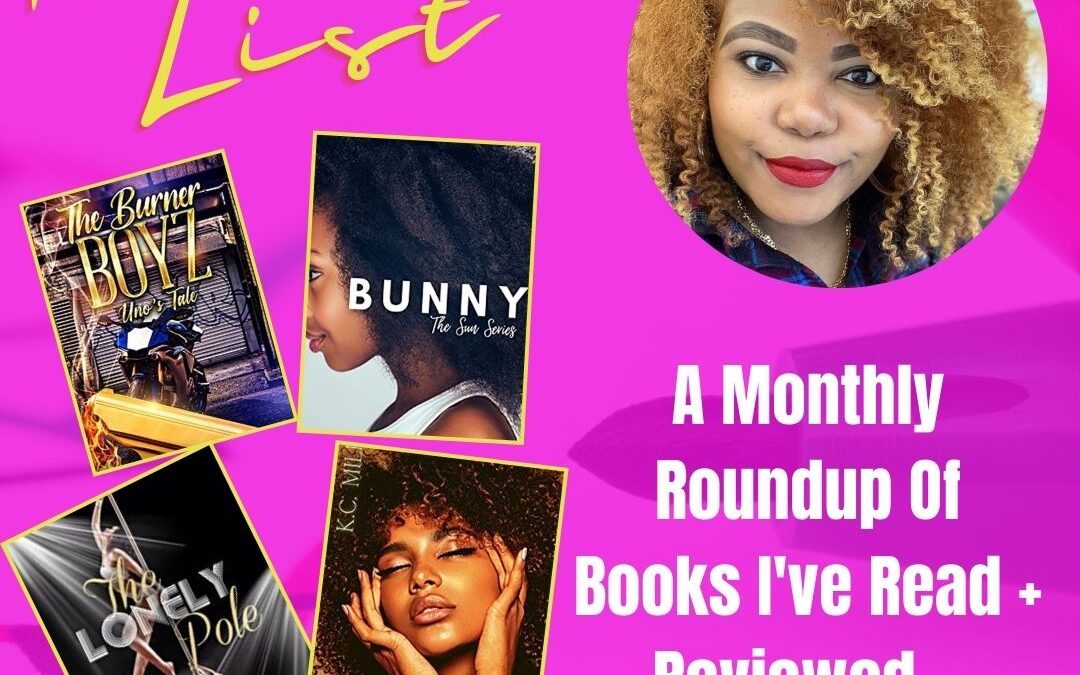 Sistah Girls, September was a pretty good month! I really enjoyed all my reads, most of which were new releases so if you’re an avid reader you’ve probably read my top picks. Here is what stood out and had me in my feelings in September! 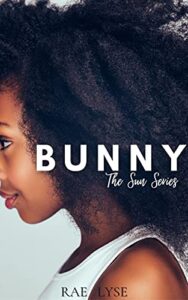 4 Stars for Bunny (The Sun Series Book 3) by Rae Lyse
“Okay, so boom, it’s like this…” DeShaun clapped his hands, sitting forward. “ You ever look at a female an…and your whole stomach just get up and walk out ya’ body? Like she don’t even have to be doing nothin’ special. She could just be talkin’.”  -DeShaun

After a brush with death, Desmond finds himself simply existing when someone from his past pops back in his life and pretty much forces her way in. Well, I don’t know if force is the correct word, more like infiltrates.

Logan is engaged to be married. Despite her engagement status, Logan affectionately named Bunny slowly brings life back to a struggling Desmond. Problem is, the false reality she’s built while away at college begins to dissolve more and more every time she’s with Desmond.

My Thoughts
Look, on some real-ish, I put this book down at least three times before finishing. The lead female character Bunny, drove me freaking crazy. I didn’t really like her and if I’m completely honest I still don’t like her. This book took off for me around 80%, soooo yeah, once I got that far in I didn’t want to put the book down. Was it good? Absolutely, but Logan aka Bunny made it a torturous read for me personally. 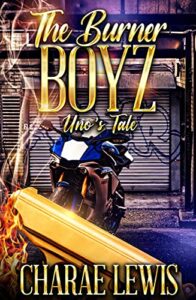 4 Stars for Uno’s Tale: The Burner Boyz (MC Book 2) by Charae Lewis
“He was a beautiful man, but he came with a warning sign. One that was flickering brightly at Sundai, making it hard to ignore.” -Thoughts of Sundai

Once again it’s on in Goode City with our favorite MC’s, The Burner Boyz! Sundai finds herself moving back home following some unfortunate events while away at school in North Carolina.

Unwilling to remain under her mother’s rule for too long she decides it’s best to make a way on her own financially. A close encounter with a wickedly handsome Burner Boy named Uno takes her on an unforgettable ride.

My Thoughts
This time author Charae Lewis pulls readers into the MC world of the Burner Boyz. Lewis does a great job setting up her leads (Uno and Sundai) allowing them to feel each other out. The attraction between the two is there but the desire for more or should I say the possibility of more also clings strongly to the duo in every interaction.

I think that is a big part of what made this story a page-turner for me. Lewis is great with her comedic timing throughout the story, balancing funny moments and more serious moments. She also does a good job setting up drama for the next book which I am eager to get my hands on! If you love a good MC read, you MUST check out this series. 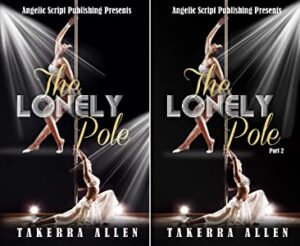 5 Stars for The Lonely Pole (books 1&2) by Takerra Allen *This was a reread*
“So, what’s your story? Every chick up in there got one… What’s your reason?” -Trip

When a ballerina finds herself backed into a corner, she decides to put her Julliard dancing and performance skills to use by earning some fast cash on a totally different stage.

Athena aka Baby quickly becomes immersed in the world of stripping and partying. At Club Dreamz, Baby meets three other women, all of which are on the brink in need of a change in their lives. Each woman deciding their own fate through their very own choices. Some good and some very very bad.

My Thoughts
It may have been a re-read but it was just as good as the first time. If you haven’t done so yet, it’s time to take “The Trip” that is… Trip Fontaine. This is a true oldie but a real goodie! 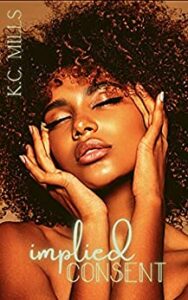 4 Stars for Implied Consent by K.C. Mills *Our September Book of the Month*
“I shouldn’t have been so eager, but it couldn’t be helped. I wanted Skylar Addison. The problem was, I had no clue what I would do with her once she was mine.” -Gray

The book opens with a freshly fired sports attorney, Skylar Addison after she was let go from her job by her ex-boyfriend who just so happened to also be her boss. Sky, who is a true boss in her own right eventually finds herself in the midst of a match-making scheme with former NFL player Gray Jordan.

While dining at a local eatery Jordan’s sister and Skylar’s sister separately plot to get the two together. Just when you think these two are a perfect match the past creeps up trying to determine a different outcome.
My Thoughts
Gray was the perfect man for Skylar. Literally! Sky was a strong woman in need of an equally strong man that knew when to take charge and take charge he does! Gray was firm but loving with Sky and I bet his know how for handling Sky probably has a lot to do with raising his baby sister.

Not only does Mills bring readers lovable lead characters but she also gets you curious about some of her secondary characters. I really hope Skylar’s siblings as well as Gray’s little sister get their own books. This was my second time reading this author and I am sure it will not be my last!