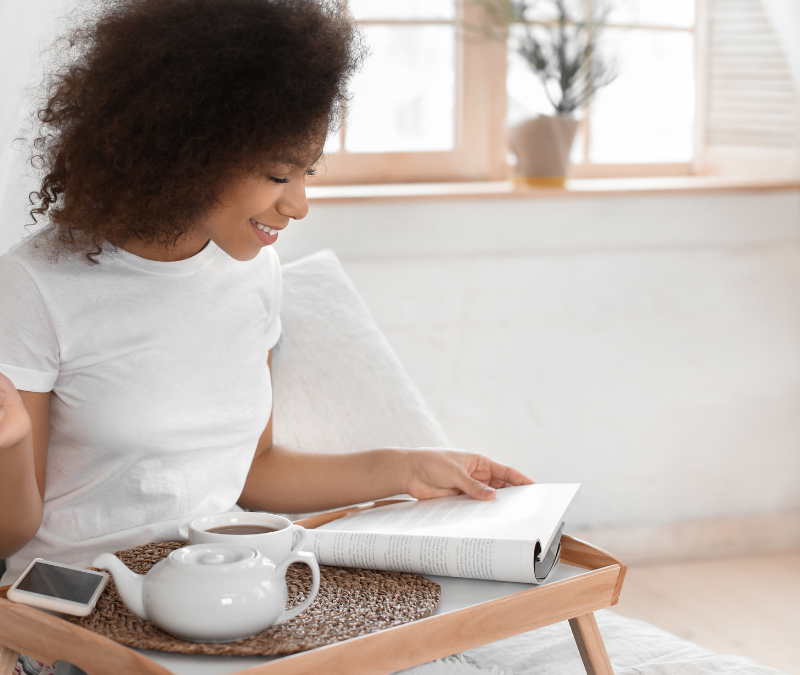 Sistah Girls, typically, when we ask, “What’s the tea?” we are inquiring about information. In this case, we are actually talking about tea–Ivy’s Tea that is.

Ivy’s Tea Co. is owned and operated by first-generation herbalist and Tea Bae, Shanae Jones. The brand launched in 2016 and since then Jones has been serving up some fantastic flavors. The tea is bomb sis and they change colors–Bonus!

“The goal is to make the industry as inclusive and reflective and accepting of all cultures as Hip-Hop.” -Shanae Jones

One of our goals is to always uplift other Black women doing positive things for our community. In August, Jones released a heartfelt video where she opened up about another tea company stealing her name–Trap Tea.

What better way to support Ivy’s Tea than to pair some of our favs from the brand with some of our favorite Black romance novels? That’s precisely what we did, check out our pairings below… 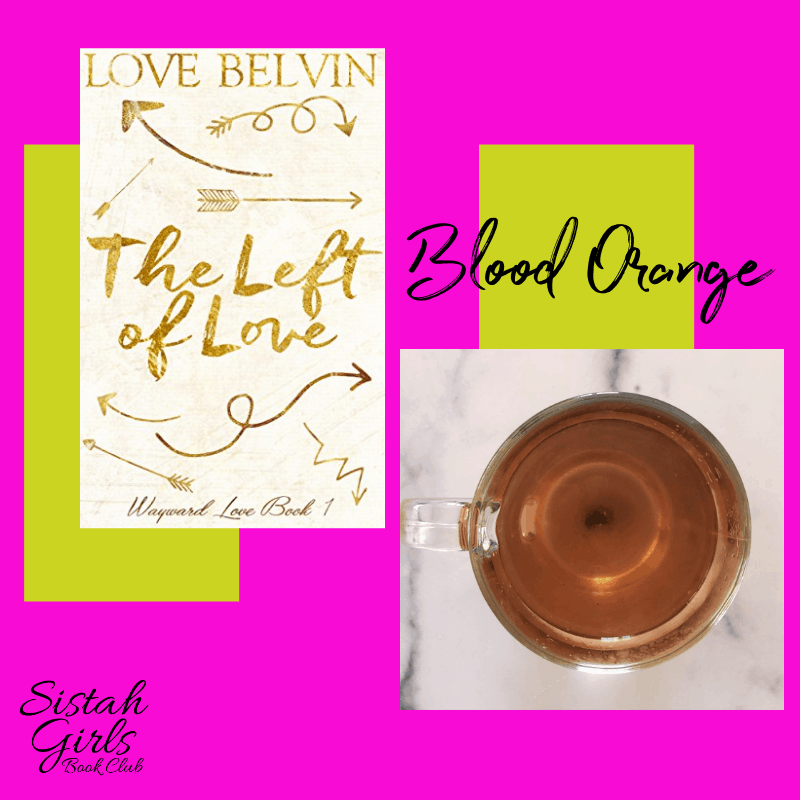 I paired Love Belvin’s Wayward Series with Blood Orange tea–specifically The Left of Love (book one). I paired these two because the heroine Kenndi has horrible cramps during her menstrual cycle.

If she would’ve just had an ounce of Blood Orange tea then it would’ve made them bearable (the tea helps with menstrual cramps).

One scene, in particular, stood out for this pairing when her love interest Issak comes to her dorm room and she is all out of sorts because her period came. 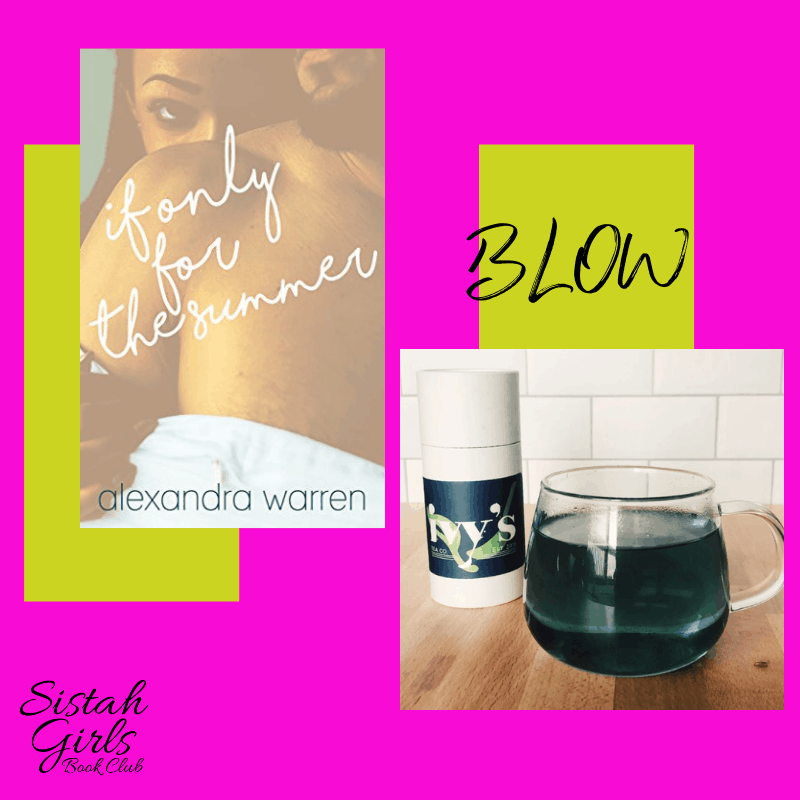 When thinking of Ivy’s Tea–Blow I instantly thought of If Only for the Summer by Alexandra Warren.

When you are brewing this tea you watch it go from light green to deep blue and this reminded me of the transition the characters Nova Grant and Guy Thompson went through to get to love. But as per Shanae’s description of the tea itself, it reminds me of my inner child channeled through little Jaxon.

The Restoration of Love by Tucora Monique and The Lies: The Lies We Tell About Life, Love, and Everything in Between by Christina C Jones + Ivy’s Tea–Red Bone 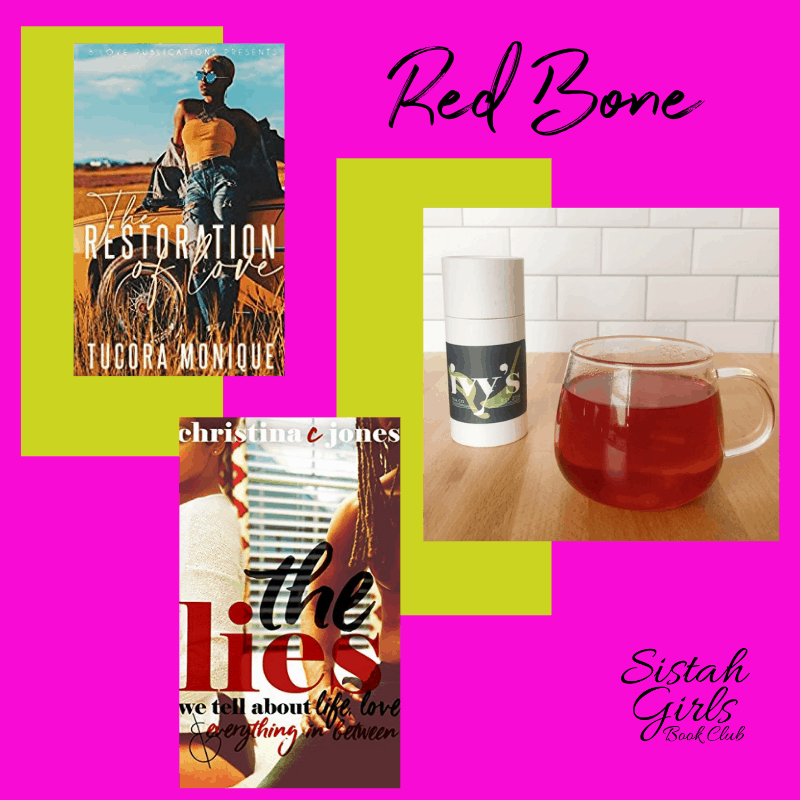 I have two pairings for Ivy’s Red Bone. Much like the characters in The Restoration of Love by Tucora Monique and The Lies: The Lies We Tell About Life, Love, and Everything in Between by Christina C Jones–this tea deals with mood shifts.

While tea may not help with mental health issues this tea does provide a gentle push in the right direction.

Is it a Crime? by Wynta Tyme and Ain’t None of Your Friends Business by DeeAnn + Ivy’s Tea–C.R.E.A.M. 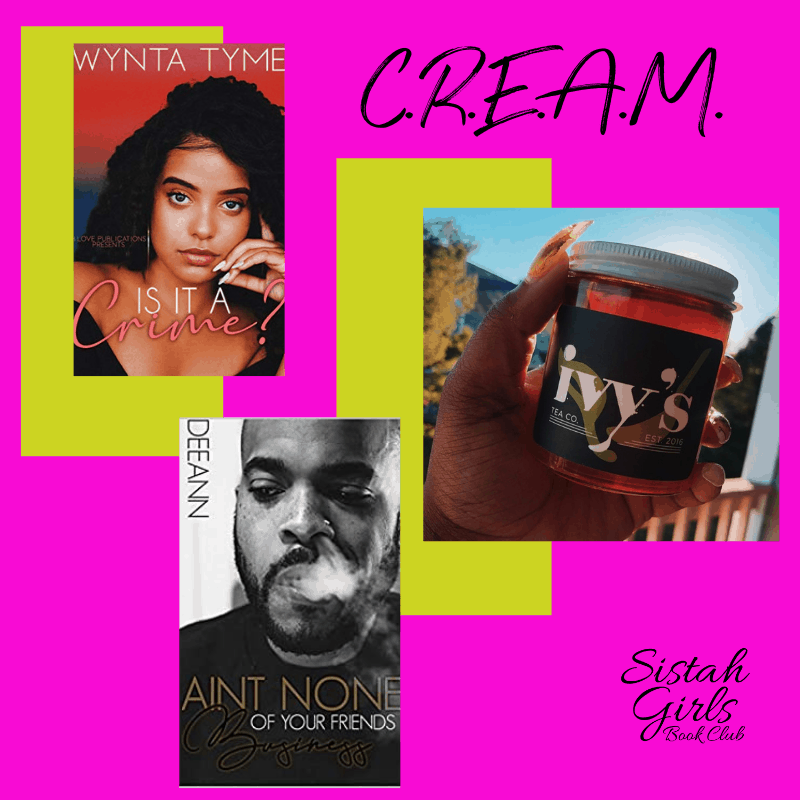 Ivy’s Tea honey C.R.E.A.M. is best paired with Is it a Crime? by Wynta Tyme and Ain’t None of Your Friends Business by DeeAnn.

The twist and turns of these novels make you want to do right by yourself and appreciate the lessons you learn along the way. 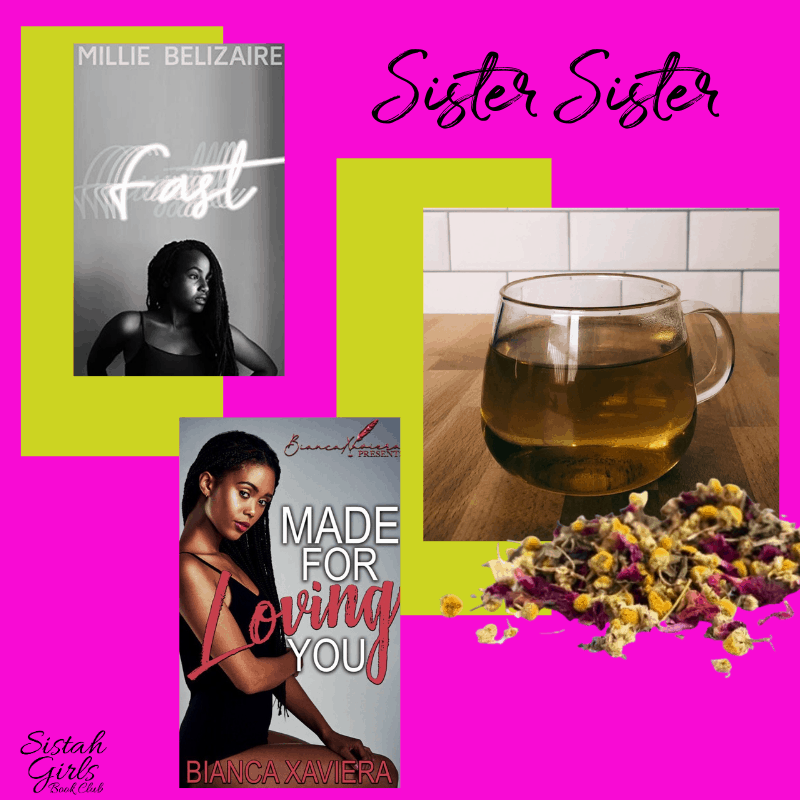 Ivy’s Tea–Sister Sister made me instantly think of what I needed when I read these next two books. Fast by Millie Belizaire and Made for Loving You by Bianca Xaviera.

The way these two had to deal with adversity and BS from family, honestly had me wanting to drink Sister, Sister and spike it with some whiskey.

Nips Tea is a hit at Ivy’s Tea. If the name sounds familiar it’s because the tea is named after the late Nipsey Hustle. I paired this signature tea with Stephanie Nicole Norris’ In the Heart of a Valentine and Falling for a Rose series.

The way she wrote the philanthropist makes you want to pack up your bags and move to Chicago and fall for one of these educated brothers. 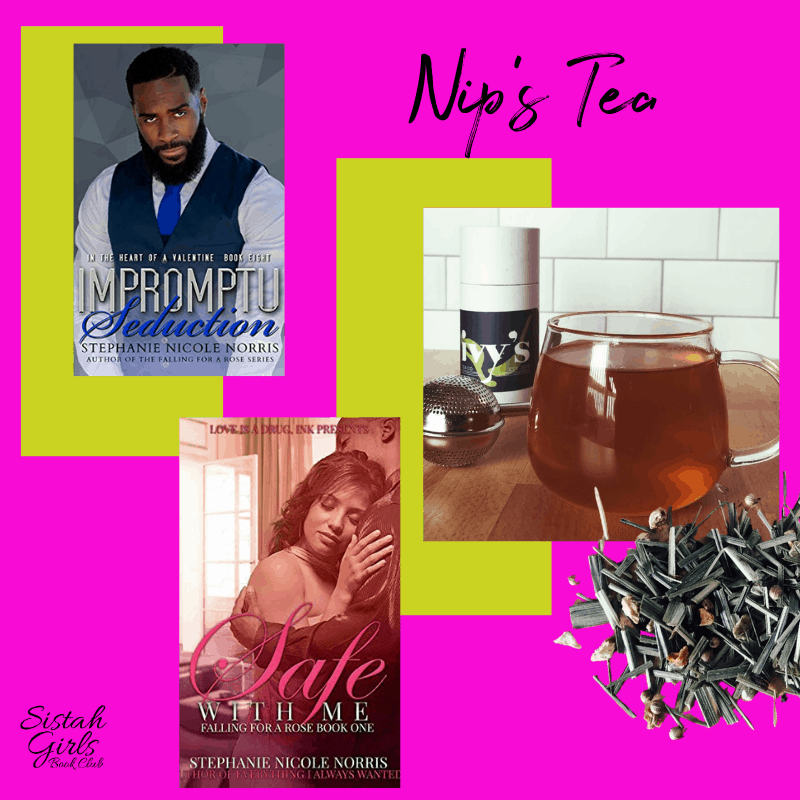 Now after reading this listicle, it’s my hope that you visit Ivy’s Tea and grab you some tea and pair it one of the books we suggested.

In a world that constantly shows us, Black women, that our voices don’t matter until they need something, I pray this little token of love shows you that not only do you matter but your voice does as well.