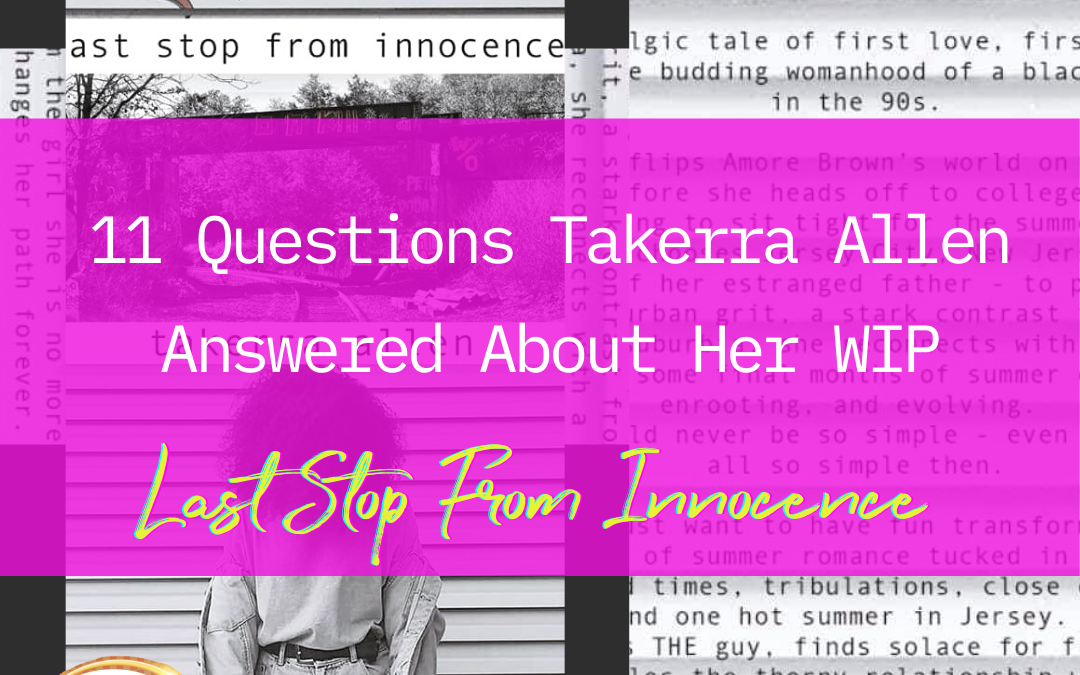 The name Takerra Allen rings quite a few bells in the Black literary community, with a career spanning over a decade Allen has carved out a lane for herself that can’t be duplicated.

Her storylines are edgy, gritty, raw, and sensual. If you’ve ever read one of her books you know there is nothing safe about her writing.

Allen will take you to the edge of a cliff and just when you think you’re safe with one stroke of her pen she pushes you right off. It’s that boldness and willingness to give us her all when telling a story that makes her an exceptional writer.

AlIen is known for not sharing many details before a release but I recently got the chance to talk to her and we discussed her latest work-in-progress, Last Stop From Innocence. The novel is scheduled to be released on October 16th. Here’s what I found out… 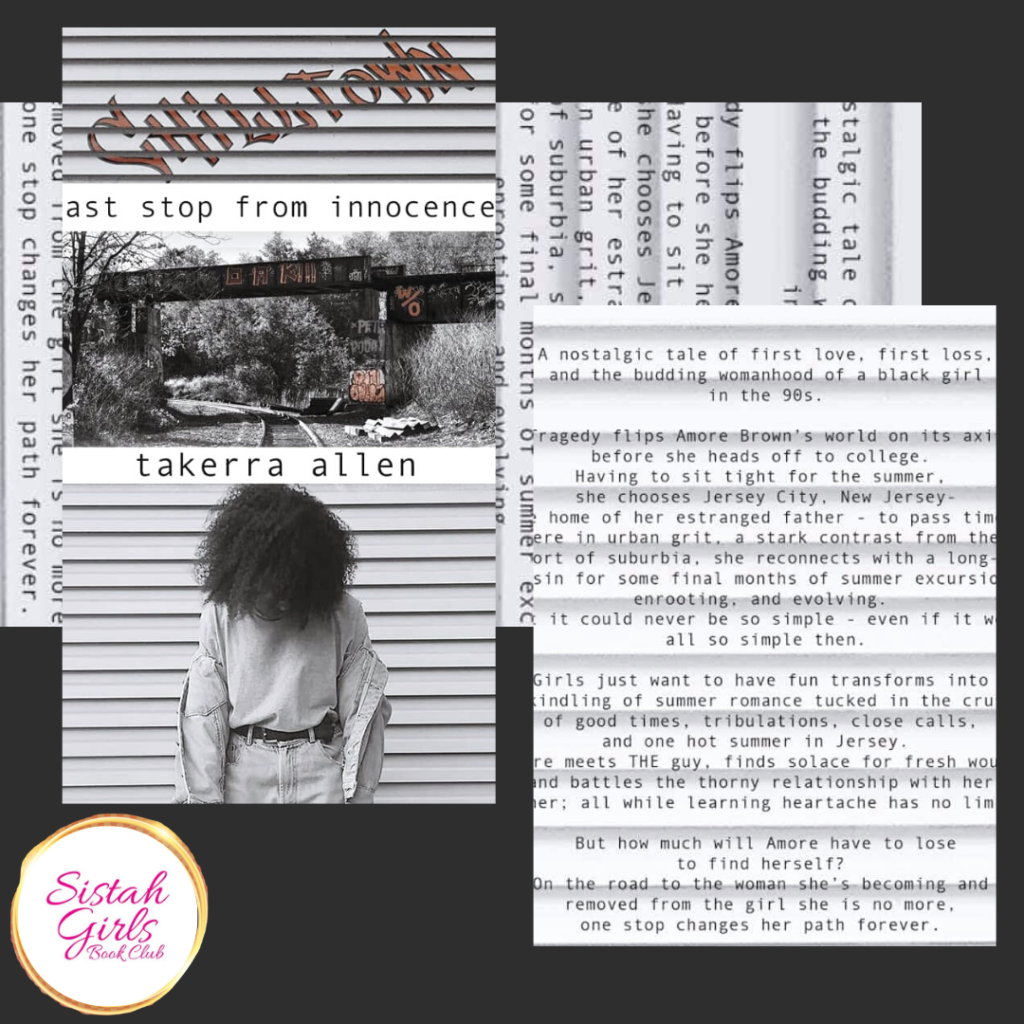 What time period does this novel take place in?

Right off the bat with the most important question I feel. I love it. Mostly, because this novel not only takes place in the 90s – a significant year of 1998 to be more precise – but is so heavily influenced by the time period from the language, to the what was happening in the world at that time, the temperament of black people at that time; everything. Most of all, the way they loved. The easy way they loved in the 90s.

A/S/L of the main characters?

The book follows the main character Amore. She’s 18 on her way to college. Suburban-New Jersey raised, Urban-Jersey placed for the novel. The ages of the supporting characters vary. There’s a guy, of course there’s a guy right? He’s a tad older.

Will there be any appearances of past characters in this book?

There are no appearances of past characters in Last Stop but there is a very small mention of two. There is also a surprise appearance of someone who crosses over from the real to the fictional world.

Did you change your process for your current WIP?

Yes. First off, I started writing immediately after I finished writing Season 3. It was almost like a cleanse for me. It was like flipping to a big clean white page to start painting something new.

I just wrote without thinking of how anything sounded. I tend to reopen work and edit over the last segment I penned before writing further. Not this one. Anytime I opened up this book I picked up where I left off. I left the whole editing process to the first draft rewrite.

Then there was a second draft rewrite. I cut maybe 20 pages from it. It was a fun process for me. I listened to nothing but 90s music while creating – most of it didn’t even make the playlist, but it still inspired the work in some way.

I watched 90s films, I talked to my husband and family about 90s memories, went through photo albums of me and my sister. Like this was my era. This was something for me. I pray how I felt creating it comes across to the readers. Because man, this was such a cool, fun process for me.

Estimated length of your WIP?

Shorter than my other works as of late but not by much. The baby’s been birthed weighing in at 405 pages.

What inspired you to tell this story?

Man. Amore was in my soul. I can’t explain it. I can’t even pinpoint it. I feel like 1998 was such a monumental year for me. So there’s one thing; I wanted to go back.

Everything going on now, I just wanted to take a break from the madness of 2020. I felt like I wanted to go back to such a pure, authentic-time and I wanted to take my much deserving readers on the break with me.

Then the character of her kept building, the story of what takes place in the novel kept building. I couldn’t get it out of me fast enough.

Did writing this book energize or exhaust you?

Energized for sure. Even with the parts that got heavy–because, come on, it’s not TA if I don’t get a little heavy–still, I felt so invigorated writing this. Season 3 put a lot of pressure on me.

Maybe because this one wasn’t expected, it had no expectations. Maybe because I was inspired to write about a time and also a place – Jersey City – that I’m so familiar with; it was easy. It felt easy, and therapeutic, too. I’m going through some things. I wrote my way through it with this one.

Did this book require an extensive amount of research on your part?

It did require research but not exhausting lengths of it. Some things I knew, some things I was too young to remember. So I spoke to my older family members (mostly my entire maternal family and paternal family are Jersey City – Chilltown natives).

They refreshed me on some things that had happened around the way at that time, details I was unclear on. It was amazing. I enjoyed it. I dug up some old newspaper articles, too. It was an experience.

Will the characters travel in this book?

Nope. We stay nestled in Chilltown JC, NJ all 400+ pages with a quick stop at the Meadowlands Fair in East Rutherford. I can’t wait to transport people to that time and place.

What makes this book different from your past work?

I feel like the TA vibe is still there. She’s a strong girl. She’s mature, she has a struggle, there’s love, there’s friendship, there’s conflict.

But what actually happens in the book I think will be unexpected. I can’t say without giving things away. When it’s done I’m curious to see if it’s as different to the readers as I personally feel it is.

Thank you for having me and for shining a light on my newest novel – Last Stop from Innocence. I appreciate you.