I started writing because I’m dying

I was having a text conversation with my friend Lissa (hey girl hey) and I wanted her feedback on a piece I’d written “The Altar.” I wanted her honest opinion, if she hated it I just wanted to know why? It might sting, but, I’m black, plus- size, and a woman. I think it’s safe to say I could survive someone saying they don’t like my writing. I have survived a lot more verbal assaults based on the three categories I just mentioned. She hit me up (a day later *inserts eye roll*) and told me she liked it, but  also said I needed to consider changing “short story” and add ‘monologue.’ I agreed, it’s not long enough to be considered a short story…the irony.

What happened next was her encouraging me to write, some other things were said, and then the why came. “Why did I decide to publish my writing now?” Before I answer, I’m reading Year of Yes by Shonda Rhimes, and I’m really at a point where if the shit literally doesn’t physically hurt me then it ain’t doing much. 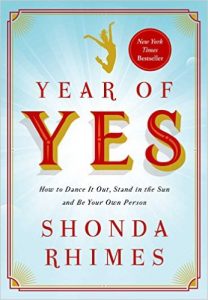 You needed that before you get this, I started publishing my writing because I’m dying. That sounds so fucking sad, now before you start reaching for your phone, I’m not dying in the sense that a doctor told me I had X amount of days left. But in the sense that eventually with enough living I’m going to run out of time.

Time. I don’t know how much time I have left. I would hate, and I do mean hate to die and all my stories, poems, and anything else running around in my head end up left in a notebook or in a file for my mother to find. She’d open it, read it, and then cry. Nobody else would ever lay eyes on it, just her tears. That’s all? All the stories and the cool shit running around in my head would only receive buckets of my mothers tears…are you serious? Not even an eye roll at how bad of a writer I am? Not even a person commenting that I have poor grammar and that I need to revisit grade school? I wouldn’t get none of that? All I’d get is salty tears of sadness?

I absolutely love and adore my mother, but guess what? She wanted to be a journalist, she used to write, and she never published any of it. My family and I were victims of Hurricane Sandy’s evil ass, and all my mother’s writings were destroyed because it was kept in a closet. Her words died a tragic death. I don’t want my words to go out like that, a little black and white note book filled to capacity, and nobody ever knew the worlds that were created.

I remember when Jada (my god daughter) died of cancer at seven, I developed this sense of urgency. Anything I wanted to do I needed to do it immediately, nothing could be put off. If I wanted to eat ice cream at 4am I did it. Why? Have you not been reading? Because I’m going to die! I wrote and directed my first short film because that urgency reduced the fear of failure. If I failed so what! And why did I feel this way? All at once, BECAUSE I’M GOING TO DIE! I didn’t care about who liked what, I wrote what I wanted, a few people liked it, and a few people didn’t. I didn’t give a shit, because I was creating.

But something happened, days passed, and then years…not many but enough. I wasn’t dead, but the urgency left. I miss Jada terribly but the sense of me living life because death was coming had taken a back seat. It was all about building and creating a fancy world that someone could be proud of. One panel discussion after the next, one event after the next, a couple cool selfies, and after awhile I’m chasing the wrong thing. If I’m dying, and I am, why am I not creating my ass off? I have this talent where I can write it and see it at the same time. That means if I write a book, I could write and direct the movie. Arrogant? No. I’m just telling you how my mind works. So on my death bed if I even get one, I could very well go out crossing the street. But over the coffin while mommy or whoever is crying they damn well better be wondering where all the films, books, and videos of me speaking some real shit is going.

Thinking about failing is more exhausting than actually failing.

They better not just be crying saying she had so much potential. You want to know a true story? I had this thought that if I died before I accomplished anything I’d be good. The idea came because I wasn’t where I thought I should be in life. I thought if I died in the “almost stage” everyone would say, “She had a lot of potential.” Ain’t that some sad shit? I really made it all poetic in my head…smh. All because I was scared to fail and put myself out there. I allowed my potential to be enough. I am not that good in science but it’s something about potential energy being stored and not used and blah blah blah. I don’t want to be stored with a lot of potential. The idea of failing is…it is…The Shit. Is. Exhausting! Thinking about failing is more exhausting than actually failing. Think about it, you spend more time and energy agonizing over the possibility of failing than actually doing the work and then maybe failing. I can fail at a thing once, maybe twice, hell a few times…let’s be real. But the agony I put myself through reliving the, “what if I fail” thoughts. Oh it’s a tragic slow death, because I can do that and replay it for days, weeks, and sadly years.

I’ve said all of this to say, I’m writing, I’m creating, and I’m changing shit up!! Either I’m creating or I’m helping. Another reason why Dorm Room Television is being revamped. If the shit fails, (and yes I’ve spent too much time agonizing about that) guess what? I did it. And I’ll go out in style, and I’ll move on. I’m dying, and so are you, so let’s live it up and create something for people to talk about at the wake.

I always love a good comment or some feedback, hit me up and let me know what you think! Don’t want to share your thoughts publicly…no problem, email me.