It’s An All Black Book Affair: An Interview With M.L. Sexton 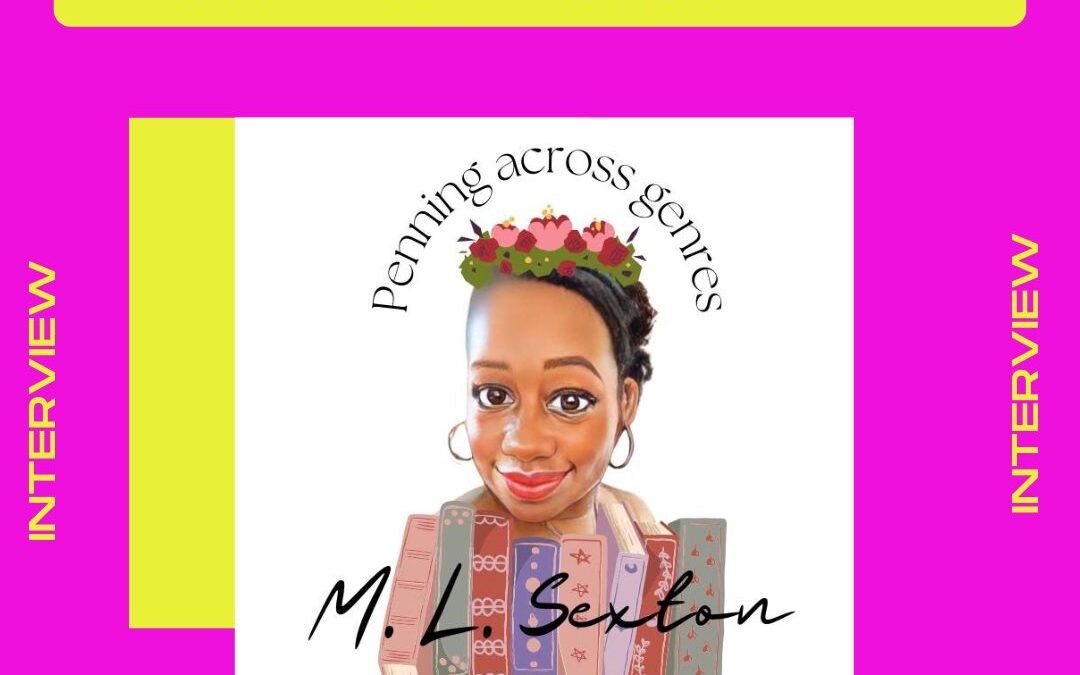 Last month (July 2022) I was sitting at my computer editing when I began to see a slew of authors sharing different flyers with the same message.

It was an event called the All Black Book Affair, it was digital and somehow some way authors were giving out their books for a limited amount of time (five whole days) for readers to download and read for free.

Yes, you read that correctly, for five days more than 100 Black independent authors came together like Black literary Avengers fighting Thanos–it was amazing.

So I wanted to know, who was the person (or group of people) that put this literary masterpiece together? M.L. Sexton is a Black independent author, educator, and the mastermind behind the All Black Book Affair.

I got the chance to speak with her and talk about the digital event that had readers going on a downloading spree, and we also talked about her own career as a published author.

SGBC: Tell us a little bit about yourself, where are you from? How long have you been writing, and what was the first thing you did after publishing your first book?

M. L. Sexton: My name is Moniqua Sexton and I write under the pen name M. L. Sexton (basically my initials). I’m from Houston by way of Warner Robins, GA. Aside from being an author, I am an educator and mom of one.

I began writing at the age of [eight] as a form of therapy. I think most girls had a diary. It began as thoughts that later turned into poetry and screenplays, then chapter books, and now novels.

SGBC: In July 2022, you and about 100 authors shook up these literary streets with the All Black Book Affair, what pushed you to create this digital event?

M. L. Sexton: In May or June, there was a Stuff Your Kindle event with over 600 books, and only a handful was Black, and I don’t mean interracial. I mean ALL BLACK. As an indie author and reader, that was disappointing. I want to see more of my fellow Black indie authors on people’s eReaders.

Something else that sparked this event was the repeated rhetoric that there are no Black books that don’t involve shooting, drugs, gang violence, etc. There especially was this notion that Urban fiction is a monolith, and I wanted to prove it wasn’t. Urban fiction is the big umbrella with subgenres.

Lastly, I just wanted to get more Black indie authors visible to readers. There are so many dope Black authors that people don’t know about.

SGBC: When people found out exactly what the All Black Book Affair was it was already happening. What made you decide to keep it a secret until it was released?

M. L. Sexton: I think it was the element of surprise. To my knowledge, nothing like this has ever been done, and it’s actually great marketing. Getting the buzz going and then dropping this big bomb that no one was expecting, made it what it was. 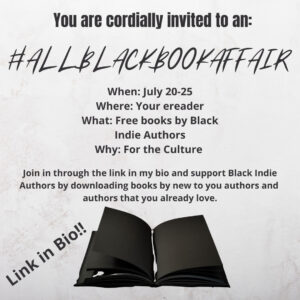 SGBC: Take us from the beginning, you have an idea to get authors to participate in a five-day digital event where certain books from their catalog would be free to download. What were the next steps after this?

M. L. Sexton: I have a group chat with some amazing women, and I have to thank them for it. I got the idea and told them I needed help. I typed up a message for them to send to as many authors as they knew. So, Torri, Tyla, Natasha, Raena, Ebony, and Amber, thank y’all so much. This was definitely a group effort.

After that, emails were collected from those who said yes to participating. Side note, I loved that these authors reached out to authors that they knew to join.

I emailed them a detailed list of what I needed from them and added their info to the post. The giveaway wasn’t even a thought in this event at first. One author emailed me saying she wanted to do a giveaway, and I thought it was a good idea, so I asked the other authors, and most said yes.

SGBC: How long did it take for you to get authors on board, create the list of authors, and have their books categorized by genre?

M. L. Sexton: This entire process took a little over two weeks. I knew that during that time I would have other things going on (being out of the country, writing a summer series, and getting my son enrolled in school). The authors were so flexible, which made this so much easier.

SGBC: When you came up with the idea for the All Black Book Affair did you think it was going to take off the way it did?

M. L. Sexton: Honestly, I did not. I think that the way the event was advertised and people made posts about it, it spread across all social media platforms. It’s why I love the Black BookTok community.

SGBC: The question that every reader wants to know: will the All Black Book Affair be back next year?

M. L. Sexton: It will be back, but a little sooner than next year, with more authors.

SGBC: What will the process be for authors who want to participate in the All Black Book Affair?

M. L. Sexton: So far, I’ve had authors hitting me up who want to join in the future. Right now, emails are being collected. My group and I are working on how to get more authors because we want more authors to get noticed. Details coming soon.

SGBC: Marketing always comes up as one of the problems that may indie authors face, do you think now that the All Black Affair has happened more authors will take initiative in creating marketing together?

M. L. Sexton: Honestly, I do. I think now indie authors see how important community is and how vital we are to one another. We are greater working together than apart from or against each other.

M. L. Sexton: Believe it or not, most women who read my Hot Stepmom Summer series were cis Black women. I think [most] women, they’ve “experimented” or have at least been curious. That is something I want to make even bigger for the next event. I want more lesbian stories because they are just as important.

As far as what cis Black women can do is just to share. Word of mouth is a powerful thing, especially if they liked the book.

M. L. Sexton: I will forever tell readers to start with my Fallen Angel series (Demon Time and Hell Hath No Fury). If they can handle the chaos of that, then they can handle my other work.

M. L. Sexton: Dive by Virgo Girl, Let Me Love You Better by Kaylynn, and Lord of Population by Elizabeth Stephens