10 Books About Serena Williams That You Should Read 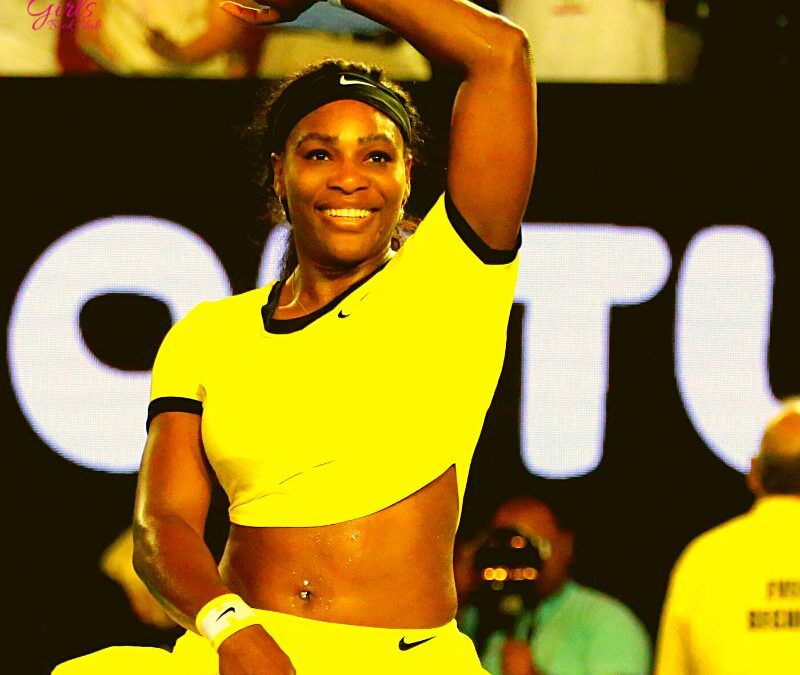 Sistah Girls, Serena Williams is the greatest athlete of all time–full stop. We watched as the young girl from Compton rise to fame because of her outstanding athleticism in the game of tennis.

Williams has won more Grand Slam singles titles (23) than any other woman or man during the open era. And if that wasn’t enough, when teamed up with her sister Venus Williams they have taken home 14 Grand Slam doubles, the second most for a pair in the open era.

After announcing her retirement from the sport, Williams played her final match at the US Open (which was also the most watched match in its 43-year history) against Australia’s Ajla Tomljanović. Fans cheered from the stands and from their homes as Williams took her final bow in the third round.

Williams is more than an amazing athlete she’s also a great businesswoman and yes, an author too. We’ve rounded up some books authored by our champ as well as other books about her that you should definitely read.

On the Line by Serena Williams

From growing up in the tough, hardscrabble neighborhood of Compton, California, to being trained by her father on public tennis courts littered with broken glass and drug paraphernalia, to becoming the top women’s player in the world, Serena has proven to be an inspiration to her legions of fans both young and old.

Her accomplishments have not been without struggle: being derailed by injury, devastated by the tragic shooting of her older sister, and criticized for her unorthodox approach to tennis.

Yet somehow, Serena always manages to prevail. Both on the court and off, she’s applied the strength and determination that helped her to become a champion to successful pursuits in philanthropy, fashion, television, and film.

My Life: Queen of the Court 2nd Edition by Serena Williams My Life Explosive and revealing autobiography from one of the most successful and popular women tennis players of the modern era.

Venus and Serena: Serving from the Hip: 10 Rules for Living, Loving, and Winning by Serena Williams, Beard Hilary, and Venus Williams These superstars and super sisters share their secrets in this straight-talking smart guide. Speaking candidly about their personal experiences, the sisters give you the inside scoop on:

• What it takes to rise and stay on top.
• Who watches their backs when the pressure is on.
• How they spend—and save—their money.
• Dating—their real deal on romance.
• Book smarts—keeping grades up and study stress down.
• Loving the skin you’re in.

Black and White: The Way I See It by Richard Williams

Born into poverty in Shreveport, Louisiana in the 1940s, Richard Williams was blessed by a strong, caring mother who remained his lifelong hero, just as he became a hero to Venus and Serena. From the beginning of his life, Richard’s mother taught him to live by the principles of courage, confidence, commitment, faith, and love.

He passed the same qualities on to his daughters, who grew up loving their father and valuing the lessons he taught them. “I still feel really close to my father,” says Serena. “We have a great relationship. There is an appreciation. There is a closeness because of what we’ve been through together, and a respect.”

A self-made man, Williams has walked a long, hard, exciting, and ultimately rewarding road during his life, surmounting many challenges to raise a loving family and two of the greatest tennis players who ever lived. Black and White is the extraordinary story of that journey and the indomitable spirit that made it all possible.

More than a biography, Serena Williams: Tennis Champion, Sports Legend, and Cultural Heroine not only tells the story of her upbringing and remarkable career but also looks at Williams as a sports pioneer.

Merlisa Lawrence Corbett explores Williams’ influence on cultural and political issues such as body shaming, gender equality, and racism in sports and society. Corbett also analyzes Williams’ impact on discussions of feminism, the sports celebrity, and the marketing of female athletes.

Williams is one of the most intriguing and influential figures in sports, and this book is the first to provide a fully-rounded portrait of a tennis icon.

Who Are Venus and Serena Williams (Who Was?) by James Buckley, Who HQ, Andrew Thomson

Venus and Serena Williams are two of the most successful professional American tennis players of all time. Coached at an early age by their parents, the sisters have both gone on to become Grand Slam title winners.

They have both achieved the World Number One ranking in both singles and doubles! Although completely professional and fiercely competitive, the sisters remain close. Who Are Venus and Serena Williams? follows the pair from their early days of training up through the ranks and to the Summer Olympic Games, where they have each won four gold medals—more than any other tennis players.

This title in the New York Times best-selling series has eighty illustrations that help bring the exciting story of tennis champs, Venus and Serena Williams, to life.

I Look Up To… Serena Williams by Anna Membrino, Fatti Burke (Illustrator) It’s never too early to introduce your child to the people you admire! This board book distills tennis superstar Serena Williams’s excellent qualities into an eminently shareable read-aloud text with graphic, eye-catching illustrations.

Each spread highlights an important trait, and is enhanced by a quote from Serena herself. Kids will grow up hearing the words of this powerful, determined woman and will learn what YOU value in a person! Before they were famous tennis stars, Venus and Serena Williams were sisters with big dreams growing up in Compton, California. In the early mornings, they head to the tennis courts, clean up debris, and practice.

They compete in their first tournament and they both win. From there, the girls’ trophy collection grows and grows. Despite adversity and health challenges, the sisters become two of the greatest tennis players of all time. This inspiring story of sisterhood, hard work, and determination is perfect for budding athletes or any young reader with a big dream.

Game Changers: The Story of Venus and Serena Williams by Lesa Cline-Ransome Six days a week they awoke before the sun came up to practice their serves and returns, to learn to run faster and hit harder. They were unstoppable. At age fourteen, Venus played her first professional match. Three years later, it was Serena’s turn. It wasn’t easy. Some tennis fans cheered for these two fresh faces, while those who were unhappy to see two black girls competing in a nearly all-white sport booed and taunted them. But they didn’t let it stop them.

The Adventures of Qai Qai by Serena Williams

From superstar athlete, record breaker, entrepreneur, philanthropist (and mama) Serena Williams, comes a magical picture book in which a little girl learns to believe in herself with the help of her doll and best friend, Qai Qai. Pre-order HERE.