Nipsey Hussle was an avid reader

Nipsey Hussle wasn’t just a Hip-hop artist, he was a leader in the community, a businessman, a family man, a spiritual man– he was all of those things and so much more. I’ve been reflecting on Nipsey’s life, his music, and all of the gems he dropped in the many interviews he gave.

He challenged us all to do better and to want more for our communities. For him, it wasn’t about making enough money to get his family out the hood, he wanted to create businesses in the hood and help everyone rise. In each interview, I read or watched Nipsey would drop the title of a book that helped him grow financially or spiritually.

In celebration of Nipsy’s life, I created a list of ten books that inspired him.

The loss of Nipsey will be felt for years and years to come. I pray that everyone who loves Nip will honor him by keeping his legacy alive. R.I.P Ermias Joseph Asghedom #TheMarathonContinues

Contagious: Why Things Catch On by Jonah Berger

I remember being so inspired by Nipsey Hussle’s Proud 2 Pay campaign, he was doing something that was unheard of, he charged $100 for his mixtape. He wanted to take music and put it back into the hands of the artists.

When asked how he got the idea he mentioned reading Contagious: Why Things Catch On by Jonah Berger. One of the first stories is about a restaurant owner in Philly who charged a hundred dollars for a cheesesteak and people came from all over to buy it.

The Spook Who Sat by the Door by Sam Greenlee

During an interview on The Breakfast Club, Nipsey spoke about reading, The Spook Who Sat By the Door, the fictional tale follows Dan Freeman, the first Black CIA officer and former gang member in Chicago, while he learns the tactics of the CIA.

The plot twist in this tale is that Freeman uses the same tactics he learned from the CIA  to wage war against the American government. Nip was so influenced by the book he mentions it in his song, “Blue Laces 2.”

Finally wiggle out they mazes. Find me out in different places
And ‘The Spook By The Door’ this the infiltration. Double back, dressed in blue laces. “Blue Laces 2” -Nipsey Hussle

Message To The Blackman In America by Elijah Muhammad

Nipsey had a way of inspiring everyone he was around, rapper T.I did an Instagram Live chat and he mentioned that Nip gave him Message to the Blackman In America to read. Written by Elijah Muhammad the book tackles the question of who and what God is. It explores the origin of the original man, mankind, devil, heaven, and hell. And it also provides principles that Black men can use to live by.

In 2010, Nipsey did an interview with Complex and was asked what was the last book he read. His answer was Three Magic Words. “It’s about projection of your thoughts into reality.”

The book teaches you how to unlock the unlimited powers that you already possess. Three Magic Words is not a religion or a sect or a society. In its entirety, it is a series of essays aimed at revealing to you your power over all things. You will learn that there is only one mover in all creation and that mover is thought.

The 22 Immutable Laws of Marketing: Exposed and Explained by the World’s Two by Al Ries & Jack Trout

In an interview with Forbes, Nipsey shared that a friend gave him The 22 Immutable Laws of Marketing after he dropped his first music video. The book is filled with Procter and Gamble case studies, after reading the book Nipsey began to incorporate what he learned and the word, “Marathon,” came to him.

Blood in My Eye by George L. Jackson

During his interview with Complex, he mentioned that he read three books: Blood In My Eye by George L. Jackson, The 48 Laws of Power by Robert Greene, and Soul On Ice by Eldridge Cleaver. 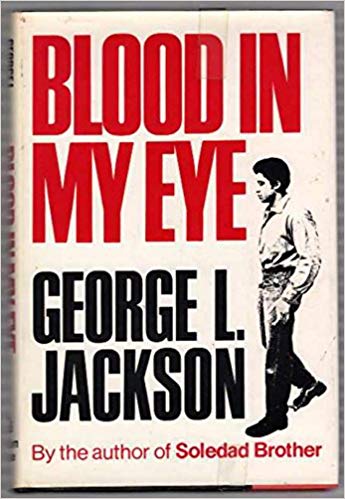 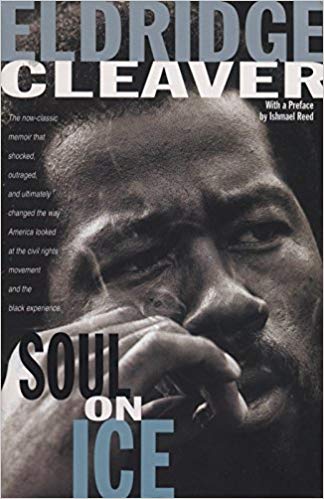 The Way of the Superior Man: A Spiritual Guide to Mastering the Challenges of Women, Work, and Sexual Desire by David Deida

In the same Breakfast Club interview, Charlemagne and Nipsey began talking about Nipsey’s relationship with actress Lauren London. She recommended that Charlemagne read a book but he couldn’t remember the title, it was The Way of the Superior Man by David Deida.

London had already given Nipsey the book, he read it and said, “Women should not give this book to their man unless they are really secure. Because the message in the book is basically for powerful men and how to deal with your power.”

In an interview with Clash, Nip was asked if he had to choose one book that really changed his life, what would it be? He named Power vs. Force as the most powerful book that he’d read in the last ten years.

“There’s a chapter called the Levels of Human Consciousness and what the whole premise is that basically the power of frequency of your action is informed by the intention, and there’s a chart of all these different intentions that you can have.”

He went on, “Reading that just gave me a completely different view and even when I deal with people and we’re having a disagreement, I question myself like, “Are you arguing this to be right? Or are you really trying to reveal the truth here?” Anybody that I meet that we start having a real conversation, I always tell them, “Man, go get that book, Power vs. Force. It’s an incredible read.”

When Lauren London and Nipsey did the GQ couples quiz, Lauren asked Nipsey if he remembered the last book she read. While he couldn’t remember the title he remembered author Queen Afua’s name.

The book is an Afrocentric homeopathic healing book, Queen Afua gives reader’s a twenty-one-day program for womb purification and spirit rejuvenation. As you read you are lead through the Nine Gateways of Initiation.

Be sure to stream all of Nipsey’s music, he owned all his Masters. Tidal | Apple Music | Spotify