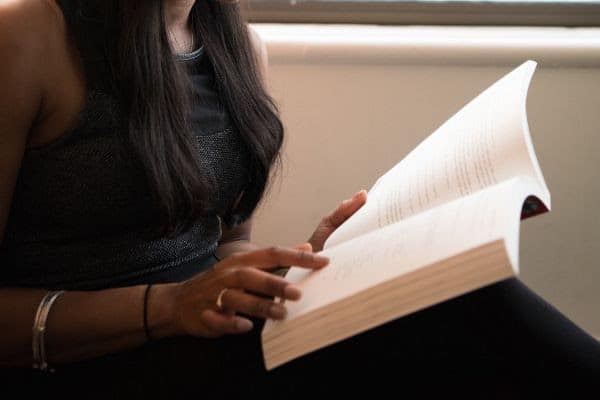 Black History Month is in full swing, there are panel discussions, television shows, films, and a slew of other events centered around celebrating our blackness and our history. It can be hard to figure out where to begin if you want to celebrate Black History Month, the easiest and most cost-efficient way (in my opinion) is to read a book.

I know there are a ton of lists with books to read to celebrate Black History Month but this list is just ten books. Ten books that I’ve personally read or plan on reading this month that I think you should read. Each book is special in their own way and they all showcase our beautiful and rich culture.

I read this book in 2017 if anyone asks me for a good book to read that is filled with great story-telling this is it. This book left my emotions running on high, I cried, I thought deeply about each character, and it took me a while to move on from it and begin a new book. It’s good!

If Beale Street Could Talk by James Baldwin

If Beale Street Could Talk is such a sweet and painful read, sweet because it’s a love story and painful because you see the everyday struggle of what it means to be Black in America.

Black Enough: Stories of Being Young & Black in America by Ibi Zoboi

I deliberately waited until Black History Month to attempt to read this book, I realize that I’m a whole adult and my experiences are from an adults point of view. This book I’m sure will help me to shift gears for a bit and place myself back into my young mind in order to better understand what our youth is experiencing today.

When you watch films about the Tudors you always see the same white faces and I always wondered where were all the Black people? This book explores the Black Tudors, they were free, married, had jobs–they were popping!

The amount of money that white corporations gain from black athletes annually in comparison to how much they make is absurd. This book takes you back to the plantation and you learn how exploited our Black athletes truly are. 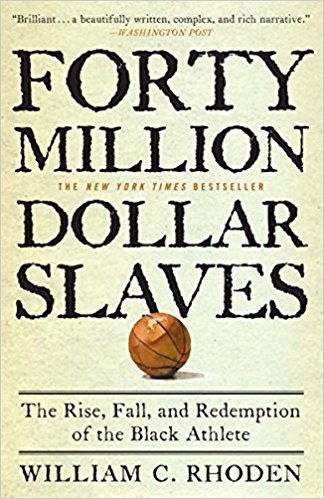 Only Toni Morrison could create a town where Black people rule and have community uninterrupted by the white gaze. This book is filled with mystery and wonder, it had me comparing and contrasting my world with the one in the novel.

Stay with Me by Ayobami Adebayo

I read this book more than two years ago and I STILL have an emotional pause when I think about the characters. This book will have you pacing the floor with anger. By the end of the story, your jaw will have dropped more than a dozen times.

I like reading books that showcase more than one generation and this novel does just that, Ward knows how to tell a story, she pulls you in with the characters and doesn’t let go. Long after the book is finished you will sit quietly and wonder about what could have happened to a character if they were met with a different set of circumstances.

I always have to preface my remarks about this book by saying I don’t instantly run to the young adult section when I visit a bookstore but this book right here changed that. This story is plot driven and it’s filled with world building, fantasy, and wonder. If you’ve ever wanted to read a YA novel, I’d start here.

This is on my TBR (to be read) list to at least begin this month (it’s 637 pages), I have heard so many great things about this book that I purchased it with the intent on cracking it open this week.

“Black Leopard, Red Wolf is the kind of novel I never realized I was missing until I read it. A dangerous, hallucinatory, ancient Africa, which becomes a fantasy world as well-realized as anything Tolkien made, with language as powerful as Angela Carter’s. It’s as deep and crafty as Gene Wolfe, bloodier than Robert E. Howard, and all Marlon James. It’s something very new that feels old, in the best way. I cannot wait for the next installment.” —Neil Gaiman