With twenty-five books under her belt, Love Belvin has created a universe of her own that centers and celebrates Black love. Her characters, while flawed are relatable, and layered in such a way that you read with a knowing that you’ve definitely met them in real life.

Now, with her 26th book on the way, readers are eager to find out all the details surrounding her next set of clients. I got the chance to ask Belvin a few questions about her upcoming release, Mercy. Here’s what I found out…

SGBC: Age/Sex/Location of the main characters?

SGBC: How long did it take you to write the first book in your new series? And has writing a series become easier or more complicated?

Love Belvin: I started writing Mercy the last weekend in June, and completed it the first week of November. I believe this is the longest it has ever taken me to complete a book. Writing, especially the first installment, is crazy taxing in a way it was not yesteryear. What’s also crazy is that the book isn’t as lengthy as my longer novels. It’s close to the shorter side of my spectrum.

SGBC: How long had this set of “clients” been sitting with you before you decided to take them on?

Love Belvin: This set of clients appeared, I believe, late last year. Of course, they weren’t developed, but they presented with more of their story than the other prospects. I feel an element of Jas’ story, in particular, is a unique one for the LBU (Love Belvin Universe). I believe it’s one we’ll adapt well to, but it’s certainly different.

SGBC: You are known for writing books that travel between the past and present, will that happen in this series?

Love Belvin: I think my last two stories have had the timeline-manipulation element. It happened back-to-back, which makes it seem like it’s ‘my thing.’ However, it isn’t the thing I believe I’m known to do. Admittedly, I, too, have noticed the recent pattern, though, and scratched my head. LOL!

Nonetheless, yes. This series starts off with brief pieces taking place in the past. The timeline after that is straight through, in present day. I had to establish a few things for Jas to catch the reader up. 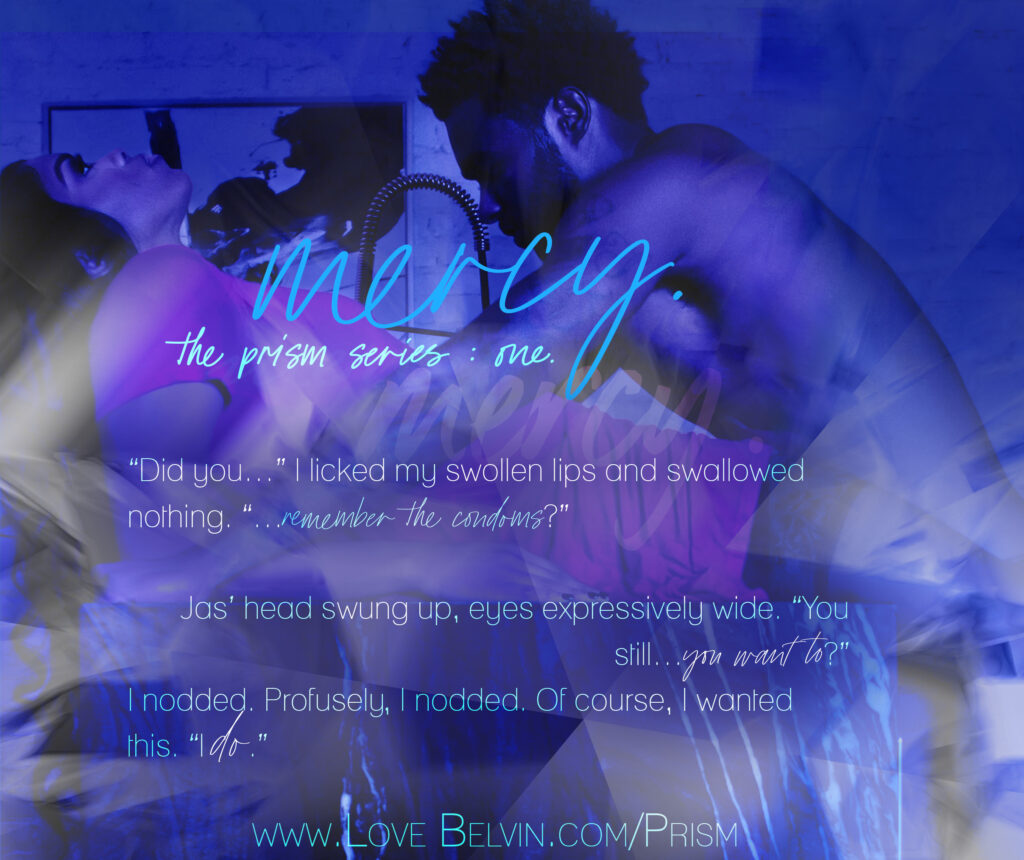 SGBC: Did this book require an extensive amount of research on your part?

Love Belvin: It did. I had to do research in their professions (home building). I’ve also reached out to a number of consultants for Jas’ sordid history. It’s been fun. Work, but fun.

SGBC: Will there be any appearances from past characters in this book?

Love Belvin: Yes. Lots of cameos, too. Jas has connections to Divine, Earl Ellis, Sadik, Young, and even Ezra Carmichael. Brielle, though not a former client of mine, is featured as well.  Ashira’s cool with Elle Jarreau. These are the ones I know for sure.

SGBC:  Are there any cool new companies that we should be on the lookout for?

Love Belvin: Hahahahahaha! Yes! We’ve been seeing Château Blevin lately. We’ll learn a little more about the wine company in this installment. Then there’s the cigar brand, Por el Amor del Amor (For the love of Love). Ashira enjoys cigars, and I love her for it.

SGBC: What makes this series different from your past work?

Love Belvin: There’s never really any great departure from my stories. I have one lane and I pretty much stay in it. However, I believe I’m attracting women (clients) who are more vocal about their interest in their respective men. These women are out-alph’ing the men at times. LOL! They’re strong and louder. LOL! I believe Ms. Ashira develops a number of opinions about Jas prematurely and falls on her face in this installment. I’m anxious to see her rebound from it, something I’m confident she’ll do.

The magic of this storyline isn’t exclusively centered around my male client’s life or lifestyle. Ashira has more culture, and she’s not ashamed of it.

SGBC: Did writing this book energize or exhaust you?

Love Belvin: Writing takes a lot out of me. I’m only energized once I feel the work has resonated with enough people, especially folks I trust. This has been quite an emotional year for me. Between trying to distract myself from that fact and laying low in the pandemic, I took my time with this installment.

My clients showed up every day, which gave me permission to take some time to mentally retreat. They talked whether I was “off” or not. They’ve been that vocal and tangible to me. Their persistence and stark emotions gave me the confidence to go slow, tend to me. I can feel their collective energies when away from my laptop. As an author, that’s gold.

SGBC: In this first installment, what character do you think readers will enjoy the most and why?

Love Belvin: This is hard to predict. I never think to try. My readers are hard, vocal, and particular. Neither client is safe from judgment when it comes to my work. I will say; as usual, I love and like them both. I understand them both, even when I don’t agree. I also respect both Jas and Ashira. I believe they’re a great pairing. The one caveat is the loooong journey ahead of them.

We’ll have a good time traveling with them to their HEA.

It was good talking to Love Belvin. We know Sistah Girls are patiently/impatiently waiting for the release of Mercy. But you won’t have to wait much longer–Mercy is scheduled to be released Wednesday, December 1, 2021.

And if you’re new to the Love Belvin universe, you should definitely start the journey HERE.