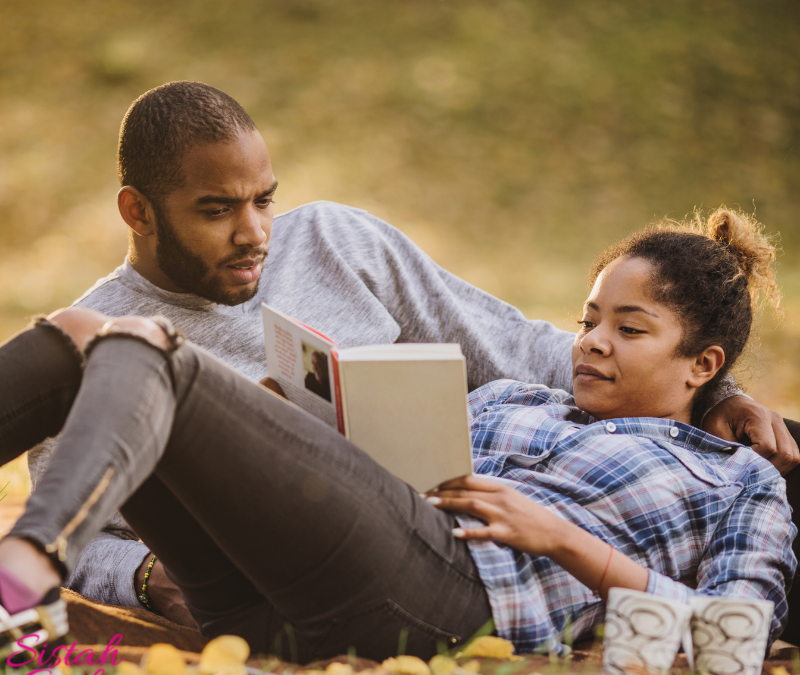 Sistah Girls, Fall is here! It’s time to break out your cozy sweater, grab your favorite blanket, make something hot (with pumpkin spice in it), and snuggle up with a good book.

Prior Affair: A Night Shift Novelette by Christina C. Jones The story is at the top of the list of books you certainly need to read this Fall. The book is the second in the series. I would suggest that you read Equivalent Exchange to understand Prior Affair’s storyline better.

Hailey and Ellis’s story started with flames and continued to burn hot in this deja vu second edition. Each report in the Night Shift series adds the mysticism we initially experienced from the first story. Hailey and Ellis had a steamy connection from the start, and it convulsed into a lovely romantic renaissance or a rebirth.

The title gave readers an idea that the edition would exponentially increase your appetite. Hunger–the definition does not begin to describe the man on the cover.

The Brooks Brothers are making an impression on me, much the same as the name-brand clothier. Tyson Brooks wanted Troian Taylor, and he would not stop until he claimed her heart, and all is well in his world. I know for sure I will be back for part two. So get ready to whet your appetite for the other brothers as well.

Melanin in the City by Iesha Bree and C. Monet

The sister’s story was a wonder and a delightful experience. The ladies brought so much energy for siblings of different moms and the same dad.

After a trauma in the family, circumstances caused the ladies to bond and work towards a familial reconciliation. The men in their lives helped to move the tale in an emotional and permissible place of care. Ladies, the couples are too adorable and the perfect match for one another.

Freedom was a retired rapper on the level of today’s rap superstars who was at his wit’s end after his recent breakup. The day he saw Isis, the spark of energy grew, and his world changed in a blink of an eye.

For Isis, her perception was far from; I adore you. As you delve into this story, you will get starry-eyed and want to explore the same joy Isis later felt for Free. Kema B. told this story magnificently, and she has me ready to move to Foxview Heights to get a little taste of Freedom.

Walters told a story about a family with many issues and we take a journey to see how they manage to hang together. In this series, we deep-dived into Jenahra and Carter in the first installment.

The second part goes into WJ and Olivia. Now WJ has his demons that he is fighting (and he wasn’t my fave in the beginning)  but as I kept reading, I ended up having a change of heart. Olivia was kind and was just the kind of love that WJ needed. The family gatherings are epic, and the romantic component in both editions are unyielding.

Part three in the Asha and Boom tale had me clutching my pearls and holding my breath for much of this rendition. Finally, Asha and Boom were back to get their bag to leave the Hit Man/Woman game.

Unfortunately, the couple hit a snag and had to make significant adjustments that nearly cost them dearly. Walker reminded me why I love his work and the romantic suspense in his storytelling. If you have not read parts one and two, this version will be unclear. Go now and get your KTW fix.

That is all, for now, Sistah Girls, until next time.