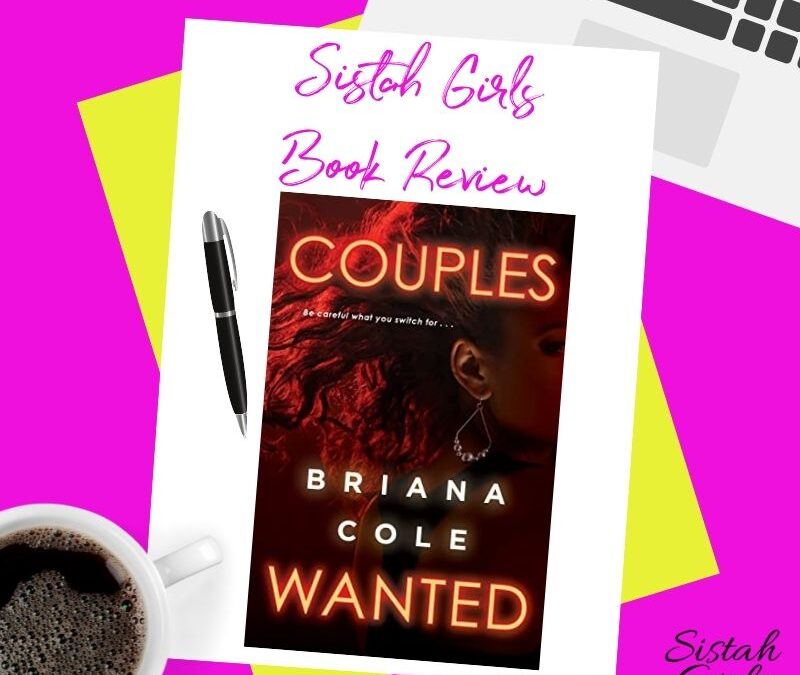 Sistah Girls, I received an ARC (advanced readers copy) of Couples Wanted by Briana Cole in exchange for my honest review. The book will be available everywhere on November 30, 2021. 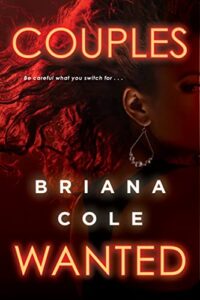 The synopsis of the book pulled me in, Bridget and Roman are newlyweds, they are adventurous, young, and fun. The book opens with them role-playing in a bar–so they knew how to keep it spicy in the bedroom.

Roman is a doctor and Bridget is an event planner all things considered they have a healthy marriage.

Bridget then meets Corrine, a seemingly cool down-to-earth woman who is a caterer. The two hit it off, and this is where things get spicy. Bridget is contacted by a club owner who wants her to plan a large-scale celebratory event and she only has two weeks to pull it off.

It’s only after Bridget is all up in the club about to sign on the dotted line she learns that the Shadow Lounge is a private exclusive members-only club for swingers. And Corrine and her husband Patrick just happen to be members.

Once Bridget finds out that Corrine and her husband are members not only is her interest piqued she wants to get down with the get down.

Corrine (the woman she barely knows) coaches her into selling the idea to her husband and boom before you know it Bridget and her husband Roman are about to engage in their first swingers session. Did I mention it’s with Corrine and her husband…

This story has a big plot twist that is known early on and for that reason alone you keep reading. Bridget and Roman on the surface appear to be in a healthy relationship and it’s only after becoming swingers they realize their grass is definitely not greener.

The book is only told from two points of view, Bridget’s and Corrine which made the story interesting because you got the chance to see how they both viewed each other’s lives and marriages.

Corrine is the reason why people find it so hard to make new friends. When you first meet people like Corrine they are cool, almost too cool. They like what you like and they even let you into their world but then shit always goes left.

Corrine leaves out a ton of details when she introduces the swinger lifestyle to Bridget and if I’m being honest I couldn’t stand Corrine for the majority of the book. Now some may say she’s a victim herself and that’s why she colluded with her crazy ass husband Patrick but to me, she was dead wrong for putting Corrine in harm’s way.

Bridget, You Ain’t Off the Hook…

From the time I met Bridget in the bar with her husband, I was invested in her. She came off as this adventurous businesswoman who was trying to secure the bag.

As I kept reading I realized she was impulsive, selfish, and she never saw the forest for the trees. But even with all of that, I was always rooting for her, I think it’s because she always chose herself. Bridget is the complete opposite of Corrine, and in a lot of ways, it’s admirable.

Who is at fault?

The entire time I was reading the story I kept wondering, “now whose fault is this?” Bridget and Roman opened the door and allowed a couple into their bedroom and when shit goes left they are both pointing fingers at each other.

Now, is it their fault for being so trusting or is it Corrine and Patrick’s fault for not only withholding information but also being extremely conniving? (When you read the story let me know who you blamed lol)

Should You Read The Book?

I would definitely recommend this book, the conversations that it will spark will be endless. I’m talking infidelity, trust, love, marriage, you will definitely discuss the difference between private information and a secret.

The writing is good, the flow and pace of the story were well done, I didn’t feel like it was dragging or moving too fast. And above all, I thought about the situations and wondered what I would do and that’s always a good thing when reading.

Sis, read the book when it drops on November 30th and come back and tell me what you thought.