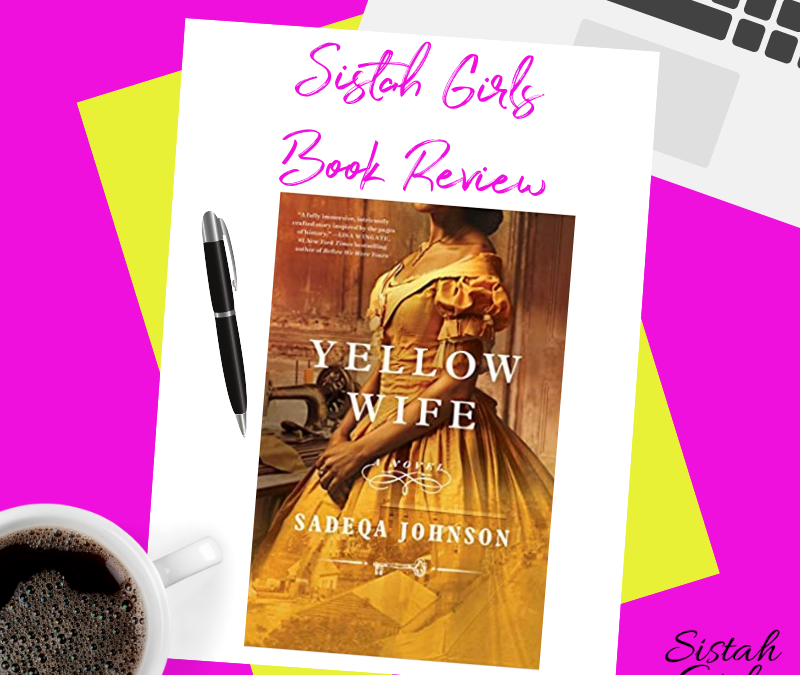 Sadeqa Johnson takes us back in time to Virginia in the 1850s, slavery is alive and well, and plantations are a way of life. It’s during this time that we meet Pheby Delores Brown, a seventeen-year-old who lives and works on the Bell plantation.

Her mother Ruth does everything she can to protect her mulatto “yellow-skinned” daughter, even if it means being forced to sleep with the plantation owner (and father to Pheby) Jacob Bell.

And like all white slave masters who rape and then fall into a sick lust/love with their slaves, he promises Ruth that on Pheby’s 18th birthday he will set her free.

Missus Delphina Has Entered The Chat…

Imagine being seventeen, a slave, considered extremely pretty by both Black and white men (for having European features) and living on a plantation with a white woman who knows her husband (Jacob Bell) is sleeping with a slave who happens to be your mother.

From the moment Missus Delphina was introduced I knew she was going to have a direct hand in ruining any chance Pheby had at freedom.

Even though life on a plantation is hard, Pheby finds joy in her mother and Essex Henry–an enslaved boy that Pheby is in love with, who has plans to escape.

Life as Pheby knows it is flipped upside-down and in the blink of an eye, she goes from being a “house nigger,” who knows how to read and play the piano, to a prisoner at the infamous slave jail known as the Devil’s Half Acre. It’s there she meets her new owner, Rubin Lapier aka–the Jailer.

The writing and research for this story was phenomenal, there were times that I could see and smell the Devil’s Half Acre and it made me sick. Johnson didn’t simply drop us back in time and leave us on acres of cotton fields and big plantation houses–she set the stage for how gruesome daily life was for enslaved Black people in America.

There were moments that I felt for Pheby and then there were moments to be quite honest when I didn’t like her. How can I not like an enslaved Black woman fighting to survive daily life under the ranks of slave owners, you ask? Easy, Pheby often goes toe to toe with Elsie, (the Jailers cook) and would take on traits of their master.

Elsie was older, darker in skin tone, and less likely to be viewed as anything outside of a slave. Pheby was the total opposite of that, and when the rank was given Pheby sometimes took the opportunity to put Elsie in her “place.” They eventually came to an understanding but it frustrated me because you can see the stains that have been left by slavery amongst Black people today–hello colorism.

Long after the story ended I found myself questioning if I could do what Pheby, Ruth, Elsie, and so many others had done to save themselves and their children.

Yellow Wife is a fictional story but it’s not and that’s the part that sat with me. Pheby was inspired by Mary Lumpkin, the enslaved concubine of Robert Lumpkin. He was a white slave trader who owned and managed a real-life jail for enslaved Black people.

Johnson wrote a story that to some would seem like a life filled with dread but for me, it was a story about the will to fight for freedom. Could you sacrifice your own freedom if that meant freeing your children and their children? Would you be able to smile and lay with a white slave owner if that meant living to see another day?

Or would you be like the Igbo people and refuse to be a slave even if it meant walking to your own death? I often thought about what a happy day looked like for Pheby, what were her dreams for the future, and did it look like me?

Yellow Wife is a must-read, you will sit with this story for days and even research The Devil’s Half Acre (like I did) out of curiosity, only to be filled with overwhelming sadness. Because while Pheby Delores Brown is fictional, Mary Lumpkin was not.