10 Books To Read This Thanksgiving Weekend

Sistah Girls, it’s Thanksgiving weekend, and after you’ve had your third plate and can’t take it anymore, the banana pudding comes out! And in this case, our banana pudding is these dope reads.

We’ve rounded up some newly released books that you should definitely check out over the holiday weekend. This is the perfect time to snuggle up with your favorite author or a new to you author.

We hope that you take some time to rest, reset, and read as much as you can this weekend! Let’s dig in…

Table For Three: A With Your Permission Holiday Edition (In The Heart of A Valentine Book 11) by Stephanie Nicole Norris

Note: This is a follow-up story to With Your Permission. I encourage you to read that book first before reading Table For Three.

Needing to reconnect with her husband in the bedroom, a pregnant Bri St. Valentine goes out of her way—unnecessarily to grab Raphael’s attention in this quick, witty, and sexy Thanksgiving short story, Table For Three.

Shana has always been in love with Ohana. He was her childhood sweetheart, and the person she thought she’d always be with. At sixteen, you couldn’t tell Shana that she and Ohana wouldn’t be together. They were soul mates and he was her first love. Even with his troubled childhood, she knew there wasn’t anything that would keep them apart. When Shana gets pregnant, her father uproots the family, moves them away, and forbids both of the love birds from keeping in touch.

Fast forward twelve years later, Shana is a successful food blogger with her own line of cookware products in every major retailer from America to Europe. Read the full synopsis HERE.

Truly Yours (Love in Seattle Book 4) by Asia Monique

Ishmael Holloway felt the weight of everyone around him finding their happily ever after. His problem isn’t that his brothers’ priorities have changed, but that his forever had been right in front of him—in the form of his sister-in-law’s best friend—for years. Ishmael had no way of knowing that Sawyer Peterson, too, saw him as her forever.

*Please note, this is book four in a four-book series and can be read as a standalone.

What You’ve Been Missing: A Cristal Beach Novel by Kema B. 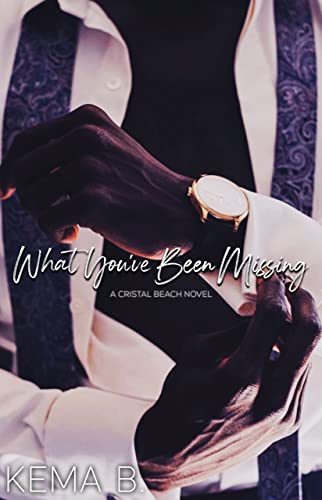 Songwriter India Joelié Bennett has spent the last twenty years being loyal to the wrong man. After letting her rapper ex and son’s father go for good, she decides a change of scenery is in order. When her sister’s boyfriend hits her with an offer she can’t refuse, she heads down to Cristal Beach for some extended fun in the sun and an exciting new career on the horizon.

Single and child free, she jumps headfirst into her newfound freedom. Leading to a passionate one-night stand with a tall, dark and handsome stranger that owes her nothing. Her only regret is that she’ll never see him again. Click HERE to read the full synopsis.

Loammi “Law” Richardson was forced to become the head of his household after the death of his father. Known for his constant brush with the law, Loammi doesn’t mind taking penitentiary chances in order to take care of his mother and siblings. Stuck in a toxic situation with his ex, The last thing Loammi expected was to fall in love— until he met her. Mi’Amor was only supposed to be a pawn in his little game, but she ended up shaking up Loammi’s world, forcing him to rethink his motives.

Mi’Amor Chanel Richardson was born into money. With hard-working parents and a successful YouTube channel, the young bombshell lived her life carefreely— until she met him. Drawn to the bad boy, the type of guy her mother forbade her to bring home, Mi’Amor finds herself caught up in a whirlwind of toxic situations. Read the full synopsis HERE.

Paityn Harding, a laid-off copywriter is trying to make her side hustle of freelance writing her main thing, while she gets her online magazine on its feet. She’s spent more than a month in her apartment with little to no human contact and hasn’t been on a date in more than a year. With the holiday season approaching, Paityn’s besties Babe and Austin intervene, trying to get ahead of Paityn’s holiday blues.

They set her up on a blind date.

After traveling thirty minutes, Paityn’s blind date is a no-show. Giving Mr. No Show the benefit of the doubt, she waits an entire hour. The band and the live music almost make up for being stood up. Click HERE to read the full synopsis.

When It All Falls by Cassandra B. & Aubree Pynn

The return to your past is often followed by the skeletons trapped in the closet, unfinished business, and broken hearts. For Prynce Rivers and Braxton Williams, all three are true.

When Prynce returns to Glendale, he’s met by a reality that’ll change his self-absorbed world forever. While Braxton’s plans are changed by his reappearance, can they meet halfway and make it work one last time? Or will it all fall down, never to be repaired again?

Find out in When It All Falls.

Capture My Love by Tay Mo’Nae

Past relationships have left Nova scarred. Finishing up school and opening her boutique were her main focus until she ran into Grayson. Grayson was worried about being a great father & his photography career when Nova ran into him, in the most literal sense.

It took Naeem Cassidy ten years to get over his wife’s death and move on. Then, he found out she was still alive. Now, he has to choose between the life he had with Destiny and the life he’s built with Dijon. There is one major problem though—Destiny’s father.

Because of his lies and secrets, someone has to die… and Naeem refuses to grieve for his wife again. Will his choice cause the end of his relationship with Dijon and create a war with the Black Mayhem Mafia, or will it end things between him and Destiny permanently this time around?

Happily, Ever … (The Shorts Book 11) by Nia Forrester

What happens after the happily ever after?

When they get news of another couple’s impending divorce, Rumi forces a conversation that reveals simmering fears, hurt and secrets in her and Micah’s marriage. And once they confront long overdue questions about the stability of their own family, will their friends’ relationship be the only one coming to an end?

Sistah Girls, we hope you have an amazing turkey day weekend!