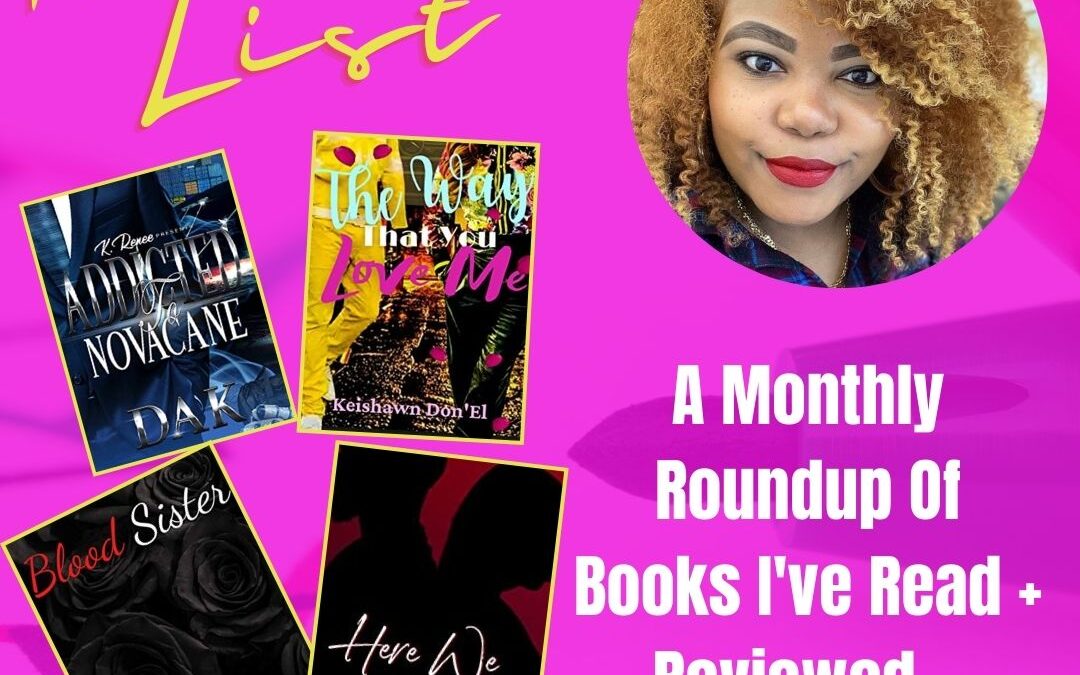 Sistah Girls it’s a new year and January was truly a good start for all my new year reading adventures. Ummm, I kind of went heavy on urban romance in January, not sure why but it just happened that way.

It’s all good though because I’m already switching it up for February. Now, here is a look at what I read and loooved in January!

3 Stars for Addicted to Novacane by Dak (Book 1)
‘Ivy laid on her bed looking up at the ceiling. The silence was the loudest thing in the room. She had learned to cope with it. Silence became her friend. Like a true friend sometimes it drove her insane, sometimes it was peace.’ -Ivy

The marriage of Castro and Ivy Bonaparte is flipped upside down after the couple suffers a devastating loss. Each day that passes the two grow further and further apart until there is no turning back.

Ivy finds solace with Nova Cane Maison, a man in business with her husband. All hell breaks loose once Castro discovers who his wife has been spending time with…Ivy and Nova Cane however do not feel bad–not even a little bit.

I really did enjoy Addicted to Novacane, I thought the author had a great concept going storyline-wise, but it fell a little short for me.

Not so short that I won’t read book two though, because I WILL be reading to see how this concludes. I just feel that the author could have plugged in more info regarding certain characters.

I also felt like the story moved faster than necessary, Dak could have taken a bit more time to really give us more from her characters. In my humble opinion, the story felt rushed. 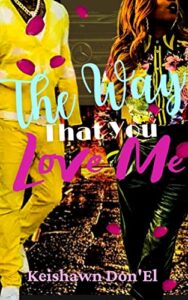 4 Stars for The Way that You Love Me (An Urban Love Story) by Keishawn Don’El
“What’s your biggest fear Aloni?” Aaron asked, interrupting her thoughts. “And how can a nigga make you happy?” -Aaron

Nothing prepared Aloni to fall so hard for Aaron Hill but you know what, I could say the same for Aaron. He was not prepared to handle her either…yet these two collide and it’s explosive.

Their entanglement was never supposed to emote love. Still, love is exactly what occurred, but then things get messy and downright tragic. Lines are crossed and it will leave readers wondering if this couple will pick up the pieces.

This is a standalone novel. If you enjoyed Toxic by Lucinda John, or We Outside (Borrowed Love) by Nicole Jackson read this book! Both characters will leave readers flustered and fully entertained by their antics.

This relationship has plenty of ups and downs and honestly, I enjoyed every second of it. It is, after all, an urban love story. If you’ve read Don’El before you’ll know that urban love stories are her niche. So, if you enjoy a good urban love story I highly recommend you read this book and dig into this author’s catalog. 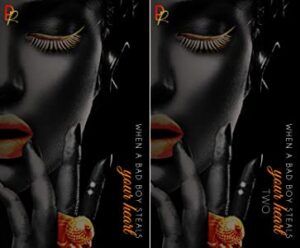 3 ½ Stars for When a Bad Boy Steals Your Heart (books 1&2) by Phoenix Ray
‘When I looked up at him, I had to swallow hard. Remington Ross was FINE, and the worse part was he knew it.’ -Alayna

When a Bad Boy Steals Your Heart follows best friends Alayna and Harlee. Alayna has had a huge crush on Remi for some time now but when Remi makes it clear he is not interested she backs off.

Eventually, the two find themselves becoming friends with benefits. However, that’s not what Alayna desires. She wants more. Meanwhile, her best friend Harlee has secrets. Secrets that can lead to a deadly outcome if she’s not careful. Harlee is playing with fire.

The story kept my attention and was a quick read, not too long not too short. I was grateful that both books were completed for me to dive right in. The characters were cool and everything they went through was relatable.

What I loved about this series is that the author does not end it the way you would think. Most readers have an expectation for book endings and Rae kept the ending true to life.

SO, did I enjoy it When a Bad Boy Steals Your Heart? Yes. Will I read more by this author? Yes. This is actually a fave author of mine writing under a pen name, but I initially had no idea, LOL! I will most definitely read more by Phoenix Rae. 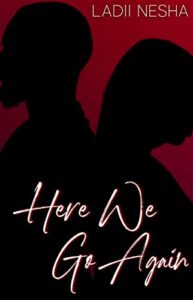 4 Stars for Here We Go Again by Ladii Nesha
‘Shayla knew he was acting out, and she couldn’t wait for the tables to turn…because they always did.’ -Thoughts of Shayla

Tristen and Shayla can’t seem to get it right. When they love–they love hard. Sadly, everything else concerning their lives together has them tangled in emotional places they can’t seem to escape.

Tristen does not like how much Shayla works and focuses on her shop. He wants more of Shayla’s time and when he does not get that time his mind takes him to places he shouldn’t go.

Shayla is driven and she hasn’t found a healthy balance between her work and her home life. The couple split up after a bad argument only to realize later that being apart is bad for their health.

NOTE: Readers meet these characters in the book Bambi. Mannnnnn, Ladii Nesha strikes again! I really do enjoy her stories; she has supreme comedic timing, and all of her characters get a spotlight in one way or the other.

Her writing literally had me in tears from laughing so hard. You will be fully entertained reading a Ladii Nesha book. The Carter’s are a fave for me. You must get to know The Carter’s. Start with Bambi that is when you first meet this crazy bunch. Yes, it’s an urban romance with a comedic spin. Check it out!

5 STARS for the action-packed trilogy Blood Sister, Blood Sister Too & Sister by Blood by Danielle Carleon *Our Book Club Pick for January*
‘Phoenix Pierre was all seeing and all knowing when it came to two things…her money and her family.’

Family is family, no matter how it came to be, when you share a love and bond with the ones you call sister and brother, blood couldn’t be thicker.

This trilogy proves family is what you make it and the ties that bind are not so easily broken. One woman raises eight orphans as if they’re her very own. One daughter, Yollie, makes a decision that changes not only her life but that of her sisters as well.

Just when you think you see where the story is going it gets flipped and takes a whole new trajectory. Yollie and her sisters become a powerhouse. Literally. Sadly, with great power comes great opposition.

Ruthless. Vengeful. Fierce. Deadly. That is just a few words to describe this series. It was also suspensefully action-packed and it held me in a chokehold til the very end, thus the 5 Star rating.

While there were some errors I was not deterred and was still able to follow the story. The author has multiple storylines, following multiple characters along with multiple story arcs. I enjoyed every second of it!

The only thing I regret is not reading through her catalog prior because she has plenty of cameos and ties in characters from her previous work that is well known in her fictional world. I should also note that there are supernatural aspects in the story that really took the experience to the next level. I highly recommend it!