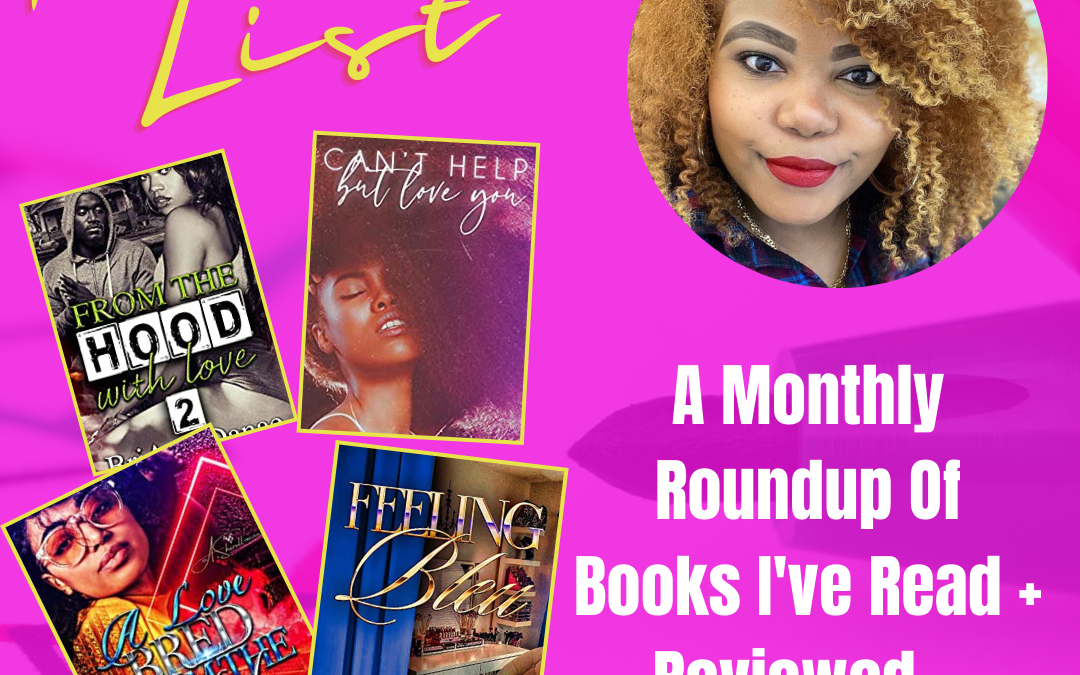 Sistah Girls, The Lex List is back! I’m here to let you all in on how March went for me. Honestly, it was cool, I spent most of the month binging one author though, LOL!

While I was definitely in an Urban Romance book mood, I also managed to read a pretty good AA Romance. Here are the New Releases I read and absolutely loved in March that I think you should check out! 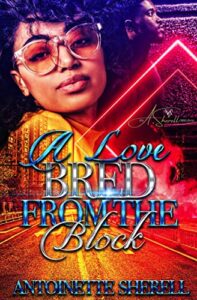 First up with 4 STARS for A Love Bred From The Block: A Standalone Novel by Antoinette Sherell

My favorite read for the month of March goes to A Love Bred From The Block: A Standalone Novel by Antoinette Sherell. The story follows Zodiac Goings as he navigates his way from boy to man.

In the midst of it all is Reason Atkins, his Reason, she believes in Zodi and is always pushing him forward. Most days he’s just trying to survive the streets making sure he and his sisters struggle for nothing.

What happens when all the odds seem to be stacked against you and the more you weigh your options the only future you see is death or prison?

My Thoughts
I know this is supposed to be Zodiac and Reason’s story buuuut Zodi STOLE MY HEART. This is HIS story hands down. I am not sure if Sherell intended for it to read that way nonetheless, for me it did.

Reason had some shine but her character always had a plan, a hope, and a future, whereas Zodi was living day to day and my goodness was it a journey. Love, friendship, secrets, betrayal, and murder are all laced into the backdrop for this gritty drama. 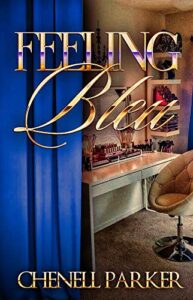 Bleu Alston is young, beautiful, and ambitious. She has her boyfriend Rico literally wrapped around her pinky and he is willing to do just about anything to keep her.

You see, Bleu, marches to the beat of her own drum much to the dismay of Rico. After she decides that their relationship has run its course Rico has a hard time letting go but eventually, he has no other choice. When Bleu links up with someone she was supposed to stay away from…she learns very quickly that he is not one to play games with.

My Thoughts
Chenell Parker’s writing is always pure entertainment. If I’m not laughing out loud, I’m smiling, if I’m not smiling, I’m rolling my eyes, either way, I’m entertained. Parker filled this book with an array of secondary characters that will pull you in because the drama is at an all-time high. If you’re looking for an entertaining dramatic read–this is it! 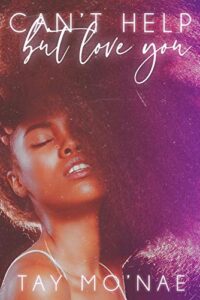 When young business owner Aisha comes face to face with her past she’s not fully prepared because she’s been keeping a secret that is soon to be revealed. The thing is, no one is prepared once the truth is out. Gage is the face from Aisha’s past, he’s made his way back home in an attempt to recover after his dismal season in the NBA. With his career hanging on by a delicate thread the last thing Gage expects is to be blindsided by Aisha, only that’s exactly what happens.

My Thoughts
Can’t Help but Love You follows two people trying to move forward after the once teen lovers come back in to each other’s lives in adulthood. Clearly, Aisha was NOT prepared for the aftermath of her secret and once it’s out lives are completely changed. The crazy thing is she was not the only one with a secret. Nope. There were a few secrets floating around in this book waiting to be uncovered. 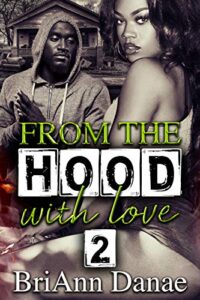 Last but surely not least, the highly anticipated part two of From the Hood With Love. This book picks up right where book one ended. In utter devastation Loriana finds herself trying to hold it all together as her life is irrevocably changed. Meanwhile, Projex is missing in action due to an unexpected knock at his door. These two try to keep it together through it all–however, life has other plans. Projex and Loriana’s storm is faaaar from over, by the end of the book, readers are faced with new revelations you’ll never see coming.

My Thoughts
Book two of the series is filled with many ups and downs and a few shockers that will leave readers emotionally bent. BriAnn Danae’s storytelling is fun and fast-paced. I really like how the author is slowly weaving in storylines and mysteries for secondary characters, leaving room for them to possibly get their own books. After that jaw-dropping ending, I need book three LIKE RIGHT NOW. LOL!

Basically judging the story’s overall structure which should be important to any writer and because of all of this, I am extremely stingy with giving out Stars.