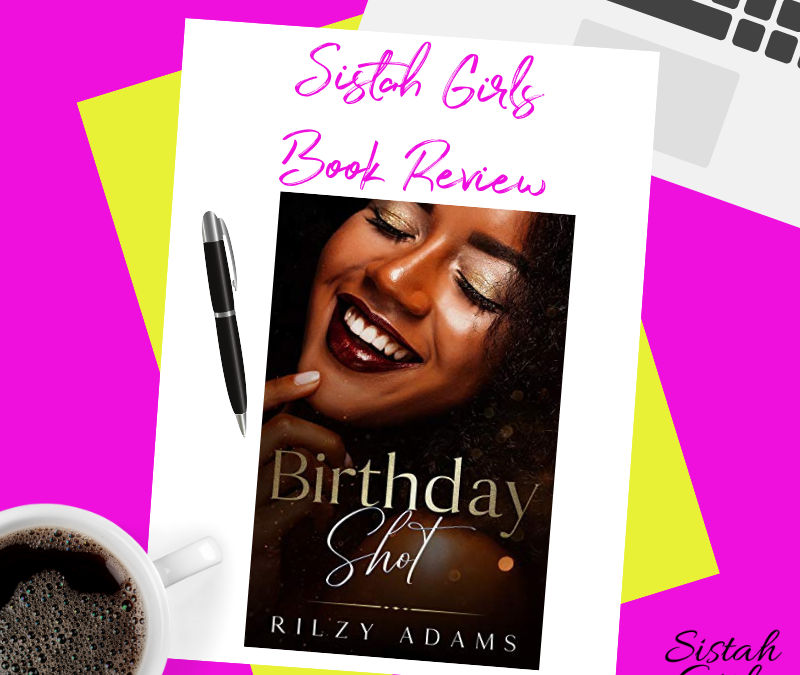 Shae Abbott has always had a soft spot for her older brother’s best friend, Kofi. But that is old, old news. But could Kofi be interested in the woman who used to follow him around with heart in her eyes? Shae’s 30th birthday is coming up and she wonders if this is finally the time to shoot her shot. After all, everyone knows birthday sex doesn’t count. Or does it?

First off, Birthday Shot was sexy as hell. I wasn’t expecting it to be that sexy. I was expecting some teasing and flirting from the dynamics of Shae being the younger sister and wanting her older brother’s best friend.

This was definitely way more than that. From the name Kofi alone I was already sold. My mind immediately associated it with the Queen Sugar actor, Kofi Siriboe. So, I was already thinking this man had to be fine.

I absolutely understood Shae’s crush on him. The cover also intrigued me because she looked like she was happy and possibly having a good time. After reading I can say her birthday is going to be one to remember.

I loved how Shae was a vlogger and didn’t have a traditional job. Not everyone would agree that it was a real job, but I think it shows that creative content is diverse. It was a good way to be contemporary and showcase a different way of earning money.

If you’re not a fan of extremely steamy scenes I don’t advise you to read this. That is one thing the author did not skip on. From the beginning to almost literally the very end they were getting it poppin. There was one scene where Shae and Kofi were in a public pool. I don’t want to spoil it, but…girl you need to read that.

They were both spontaneous, big and small decisions were all made on a whim. I feel like that played a huge part in them working well together. Shae’s career with social media and vlogging made her more spontaneous.

Now Sheldon, (Shae’s older brother) was childish to me. His point of view did not sit well with me and I felt like he was self-centered. I understand as a big brother you want to be protective of your younger sister, but this was not that.

This was a very fun read and incorporated being in a tropical place (which is one of my favorite things: traveling). It made me want to read more from this author. I felt like the pace of the story was fast, but honestly when you know what you want you don’t want to wait.

Overall, I give this a 4 out of 5 stars. There was a little of everything in this book. There was some comedy, steamy scenes, and some drama. You can’t really go wrong with any of that.