BookReview: After The One (The One Series Duet) by Danielle Allen 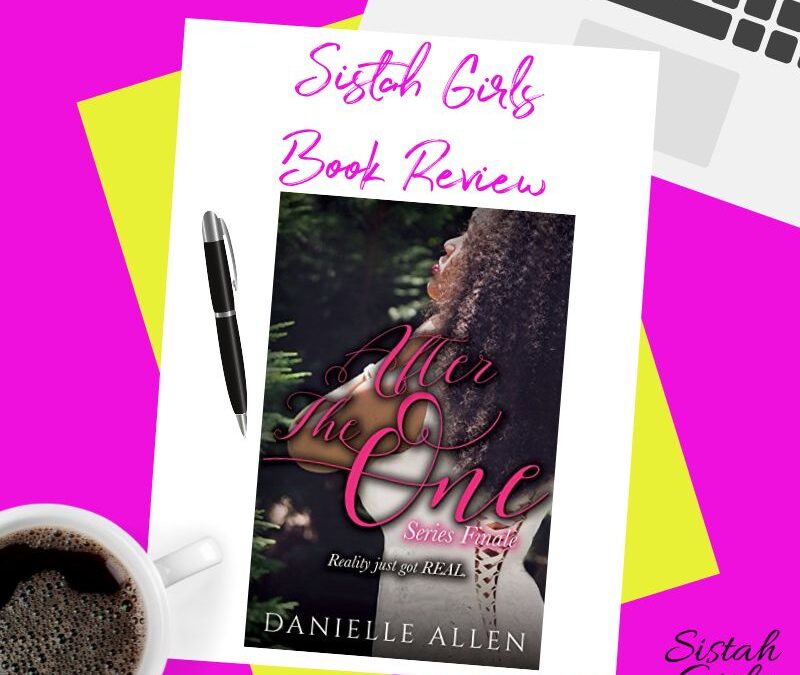 After The One by Danielle Allen

“After The One” by Danielle Allen is the follow up to “The One,” if you have yet to read that book please check it out. This book review was done to provide my personal feedback.

The concept of ‘happily ever after’ on reality TV is beautiful, but it’s complete B.S.

I mean, I get the appeal.

The One is the most watched reality TV dating show because it sells the idea that two people “randomly” handpicked by producers will fall in love and ride off into the sunset. We are expected to believe that after having a group of women embarrass themselves for the affection of a man on national television, the bachelor and the chosen one fall in love and they live happily ever after.

Shows like The One are really about fantasy romance and must-see entertainment—not happily ever afters. That’s why the creators and producers don’t show what happens after the exotic getaways, lavish lifestyles, and over-the-top proposals. Even though reality TV relationships never last, they want us to buy into the fairy tale.

Truth is… when the cameras stop rolling, the number one killer of reality TV couples is real life.

And life just got REAL.

My thoughts from reading the synopsis:

I thought the book would uncover a lot of personal baggage and maybe issues that The One didn’t cover with Julian and Zoe’s relationship. From the synopsis alone it seemed as though we would be learning about all the crazy things that would happen once the cameras turned off and things got real.

Prior to reading After The One, I read the first installment and other books by Danielle Allen so I was familiar with her writing style. (I love it by the way). I sent out a tweet that stated, “Every book is not supposed to give you the same reaction.”

I had no idea that applied to authors whose writing style and storytelling I was familiar with. The One is filled with a lot of action due to the nature of the story, here you have a budding romance that circled around two people who were on a reality show, everything moved fast. In the second installment, that was not the case.

We see that time has passed and Julian and Zoe are done with the dating show “The One” and they are back living their normal lives. Now usually I hate when time passes with a follow-up to a book, I want to know what happens in the very next moment.

But with this book, I was happy that time had passed because we saw where Julian and Zoe were in their relationship. We got to see a relationship where time had been put in. I also really loved that we got to see a lot more of their friends in the second installment (I adore KoKo).

For me the book was a little slow in the beginning, Allen took a lot of time delving into how both Zoe and Julian felt for one another. This could have been because in the first installment their relationship was very fast so in the second book she may have wanted to showcase what their relationship actually looked like.

If that was the case, I get it but it still moved slowly. But even while it was slow what kept me reading was Allen’s ability to use the right words to keep me intrigued. One of the things I loved about this story was the usage of poetry in Zoe and Julian’s relationship.

It was something that connected them and was just theirs. In relationships, there are always private special moments that only you and your significant other share. So it was really cool that theirs was poetry.

I loved the simplicity but impactful usage of short sentences to express emotions. For example: “I didn’t think love had a taste but it did.” ⬅️ I literally died when I read those words, Danielle does such an amazing job of creating these intimate moments between Zoe and Julian where there is not a lot of dialogue but they express their feelings in short sentences and it shows the depth of their relationship.

I do think I am a drama mama so there were certain scenes I wanted to go further but were kind of cut short, (all the Lillian and Leah scenes) these were both characters I felt needed to go over the edge way earlier in the story. Once the story picked up I was met with the pace from The One and I really couldn’t put the book down.

This was a different kind of love story, one I really appreciated, Danielle Allen took something very contemporary (a dating show) and built a love story that I of course believe can be turned into a film.

I would have to give the book a 4 out of 5, only because it took me a while to get into the book, but once I did I enjoyed it.

Would I recommend this to another Sistah Girl?