Book Review: Stolen By A Billionaire Books 1 and 2 by Miss J. 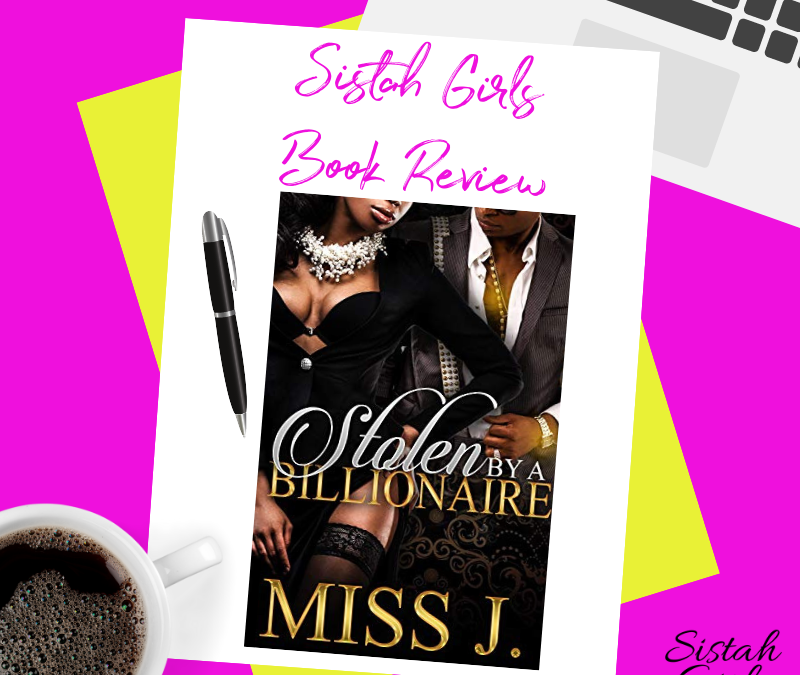 Stolen By A Billionaire Books 1 and 2 by Miss. J.

Sistah Girls, this series was fascinating and kept me on the edge of my seat the entire time. Miss. J. gave readers a fresh storyline and something to talk about. So let’s get into what made this series stand out for me…

The hero was a complete jerk when we first met him at his birthday party. He was rich, arrogant, and one of the rudest characters with so much swag. Miss J. described the hero as though he had BDE and the Alpha to match his bravado.

Ananias Duke and his family ran their city. He was a loan shark, a killer, and a businessman. Can you see all the sexy this man exudes? And to think, I was not afraid of this man. I was drooling and thinking, I wish this man were real.

The heroine was the same level of bossy as the hero. Urvi Samuels Warren was married to the worst piece of a man who was also the Mayor. Her family had a little bit of money, and she lived an upper-middle-class lifestyle. But you will learn as the story progresses, things are not always as they seem with the two families.

The Mayor in this story proves why most of us do not trust politicians as far as we can throw them. In this story, Mayor Warren was a schemer who thought he was more intelligent than everyone else. His shenanigans made me want to throat punch his simple ass. You will discover as the story progresses; he will not get better; he proved that outcomes could worsen over time.

The best friend, Christina, was Uvri’s friend and confidante. She would beat the brakes off anyone who thought they wanted to lay hands on her friend. I laughed my butt off anytime Christina was in a scene. Her acts of crazy would make a fun Friday night television program. Christina needed a black cape and tights in this story during the telling of this tale.

The Scammers in the story were plentiful. You will meet a few people who will make you happy it was a book, not a real-life event. One scammer was so grimy that it was unreal.

The Overzealous, mean as snake brothers– Now, these guys were next-level mean and did not trust anyone outside of the Duke family. They added mayhem to the story and the excess drama.

The series was about a billionaire and his lifestyle. The backstory shows Urvi as the pawn between Duke and her no-good-husband and the struggle to find her footing. The story was fabulous. Although the story started in one direction, it was pleasing to see the character’s development and knowing each person stripped bare–metaphorically.

Miss J. described each sexual moment in such detail; I could easily visualize each act. And there were numerous times you will need to step back to catch your breath. The action is exceptionally steamy in some parts. The ending is not what I expected; it was elusive and exciting and just what I need in this story’s style.

I without a doubt recommend this series, one-click now!