10 Interviews And Speeches By Black Authors You Have To Watch 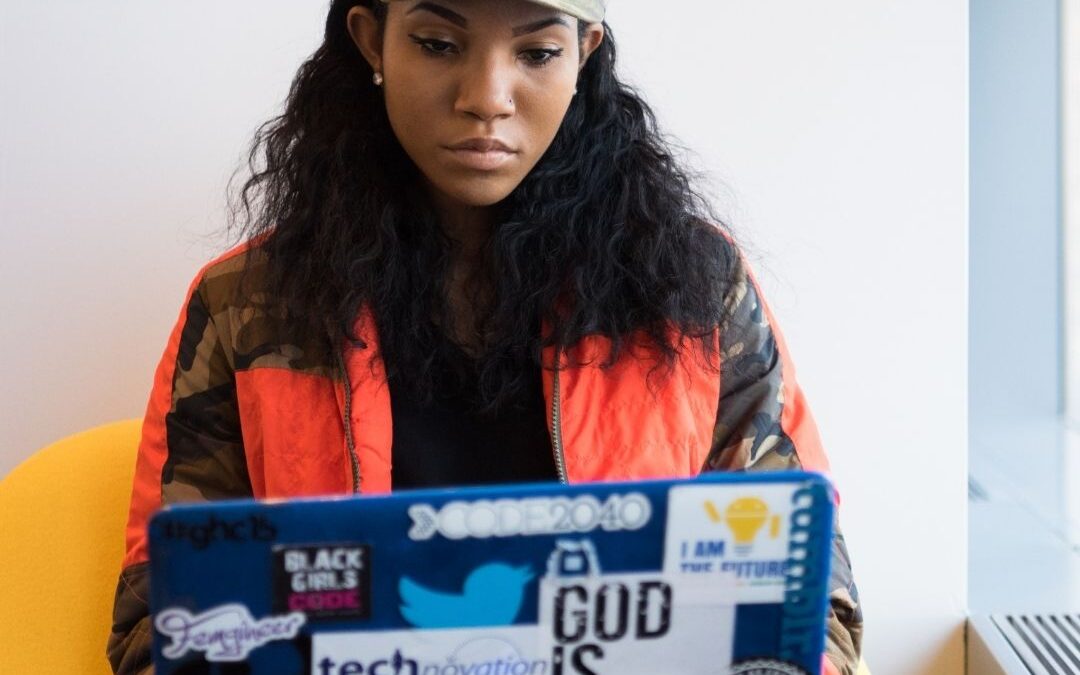 Sistah Girls, like Thelma Bryant-Davis, puts it, “I am a language person,” so yeah, I enjoy watching interviews and speeches by Black authors, because why not? There is something filling about watching one of your favorite authors speak and engage with people about their work and other topics that interest them.

We read their words and assume their thought process behind them and wonder what side of the fence they stand on concerning topics they don’t write about. So when I get the chance to hear them speak and be interviewed it’s always a special moment for me.

Jasmine Mans sat down with VLAD TV to discuss her poem “Footnotes for Kanye,” it was a poem that made everyone who followed her and was also a fan of Kanye West take a moment and have the open conversation that we were all having privately.

During the interview, Mans spoke openly about what inspired the poem and expressed her feelings towards Kanye West.

Chimamanda Adichie’s TED Talk, We Should All Be Feminists (2013)

You can take any of Adichie’s interviews and you know that you are going to be treated to sharp wit, humor, and sass.

I first watched this TED Talk in 2016, I was enthralled and glad to hear things I felt but had not quite articulated. In fact, I was mad at myself for not discovering the video earlier. I enjoyed the stories and experiences that she weaved into the speech, they made her talk that much more relatable.

“Comrade you are doing well ooin (bravo)!” I still quote her definition of feminism from the speech to this day–I’m a die-hard fan.

Gabrielle Union’s Interview on The View (2021)

Sistah Girls, I just realized that I have been calling Gabrielle, Gabriella, smh!, and I’m a huge fan. She is one of those celebs that I feel can almost do no wrong: she is glamorous, earthy, funny-I could go on.

This interview was geared at promoting her third book, You Got Anything Stronger? The part of the conversation that struck me the most was her speaking openly about menopause. It’s the elephant in the room, and I love that she writes about it.

We need to have these conversations to help both older women build a sense of community and to arm younger ones with the knowledge, they’ll need. Just hearing the women on the panel share their own experiences about menopause along with her tells you that she did something right.

Henry Louis-Gates Jr. Interview in, Obama: In Pursuit of a More Perfect Union (2021)

Often times Louis Gates Jr. is the one hosting the interview but I’m always down to watch him on whatever side he sits on during an interview. He is simply brilliant, and not in the annoyingly boring way that many scholars tend to be.

During this interview, in particular, you could sense his wisdom he selected his words carefully while describing his arrest. But more than that, it is the way he interprets events and facts that leaves you impressed.

This is one of the most profound videos I have watched that focuses on Black women. It helped me learn to say, “I’m not happy, and I’m not going to try to pretend to be just to make you comfortable, I’m going to need some time alone.”

The interview is based on Walker-Barnes’s book: Too Heavy a Yoke: Black Women and the Burden of Strength. She touches on a number of deep issues, one of which is the church’s complicity in modeling the strong black woman (S.B.W) as an all-time ideal.

A phenomenon that I see in my own country, Nigeria, despite the societal difference. She insists that Black women have to be intentional about being an S.B.W, for the same reason you don’t leave your faucet running.

I’ll be the first to admit, me and philosophy–we just don’t gel. Still on still (nevertheless), I wanted to hear Cornel West speak. I had seen a teaser for the topic and I was draw in, no one was more surprised than me. His thoughts about humanity are just liberating and unparalleled. And, hearing him mention different personifications of Black excellence, is something to savor.

Baldwin’s ease and calm while speaking, preferring to use his words and voice as the force with which to make his points, showcases his prowess.

His words force you to look at the truth about the history of Black people in America. Plus, that distinctive voice quality that is so reminiscent of the 60s is the cherry on top.

First off, Bryant-Davis’ voice just oozes ease and warmth. Clearly, she loves and finds fulfillment in what she does, and I admire her for it.

There’s really no dull moment in her lecture, from poetry performances to dramatizing the stories that she uses, she is a joy to watch. To use her words, this speech talks you into your ways of knowing.

Ngugi struck a chord when he talks about the dichotomy of pride and despondence that many of us in Africa feel about our countries.

He builds his speech around some of his books and the trajectory of events that birthed them. One of which I appreciated the most is Devil on the Cross, a good mix of sarcasm and a fascinating storyline. Ngugi said what needs to be said about the problems facing many African countries.

There is no author that I have binge-watched their interviews as much as Toni Morrison, call it compulsion or fascination, I always want to listen to her.

In this interview, I love how she sets Charlie Rose straight. When she talks about making sure that the white gaze was not dominant in her works, I was like, “preach!” because this is something that a number of Nigerian authors are not immune to. Her carriage and reasoning is something you would not forget in a hurry.

Sistah Girls, these interviews and speeches have helped me a great deal, I hope you enjoy them too.