5 Books to Get Cozy With This Autumn 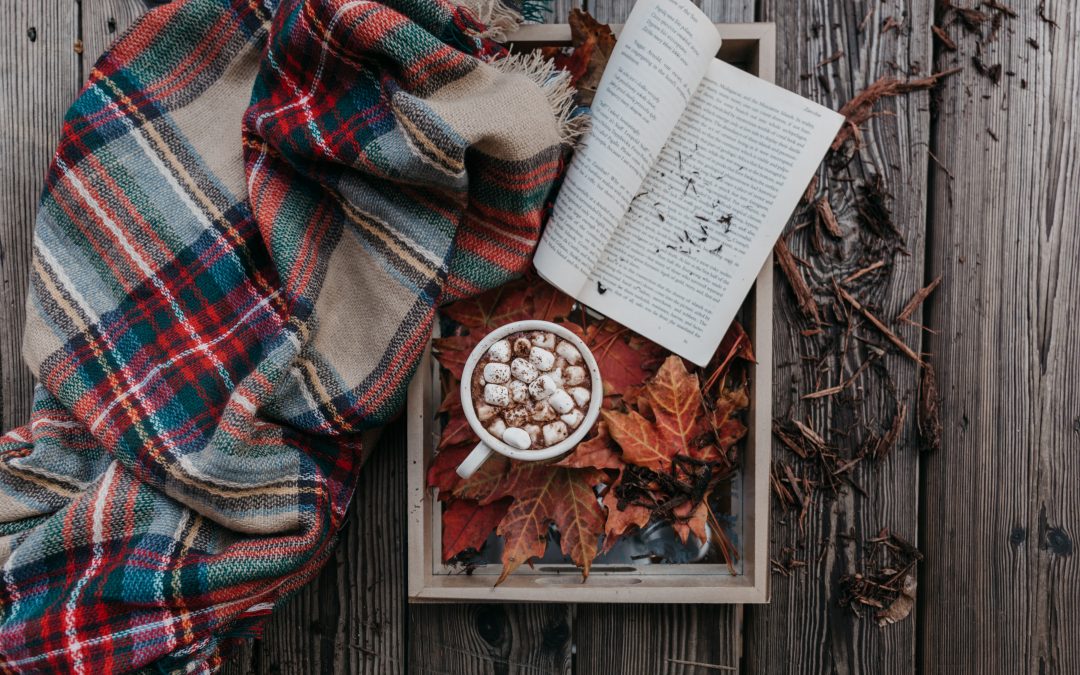 The days are getting shorter, the air is cooler, there’s a distinct change in the clouds, people are drinking way too much pumpkin spice everything, and all I want to do is snuggle up on my sofa while wearing my favorite sweater and pajama pants—it can only mean one thing: it’s autumn.

But that’s beside the point. The shorter, chillier days are perfect for finding cozy places to read. Need some reading inspiration? I’ve already got five books lined up to keep me occupied while the autumn and winter darkness creeps in. And best of all–they’re all written by women of color. Get your #1click finger ready!

The Right Swipe by Alisha Rai

I like a good enemies/competitors-to-lovers story and with The Right Swipe, Alisha Rai delivers in droves. I’ve already started reading this one and I can tell you that I am hooked and I am only about 40-50 pages into the story. What happens when you think you’ve been ghosted and then you end up running into the man who ghosted you? And he turns out to be your competition in business?

That’s the premise of The Right Swipe. Rhiannon, our sexy African-American heroine, has revolutionized modern dating with an app called Crush, which is a more inclusive and female-friendly alternative to the usual dating apps. She always puts her career first and has no time for love, even though she occasionally uses her own app (and a fake name) to hook up when she needs to.

Enter super-hot Samoan former NFL hero, Samson Lima, who is now the spokesperson for her rival dating app, Matchmaker…and just happens to be the guy Rhiannon had a hot night with and revealed more of herself, physically and emotionally, than she’d bargained for. After the two agree to meet again, he stands her up…only for them to meet again at a tech conference. Stink-eye and lots of chemistry ensue! A must-read!

Heaven, My Home by Attica Locke

Ever since I stumbled upon Attica Locke’s Black Water Rising a few summers ago, I’ve been a huge fan of her taut and vivid prose. The second book in her Highway 59 series, Heaven, My Home should be dropping any day now and I’ve already preordered it for my Kindle.

This mystery focuses on the disappearance of a 9-year-old boy and how the police believe that they can use this to come at his white supremacist family. Darren Matthews, the detective on the case begins, to see a connection with his disappearance and murder connected to one of his previous cases.

And with Locke writing the story, it’s sure to touch on topical issues of racism, generations-old prejudices, and the current political climate.  If you’ve never read Attica Locke’s books, you may already be familiar with her work—she’s one of the writers of the popular TV series, Empire. 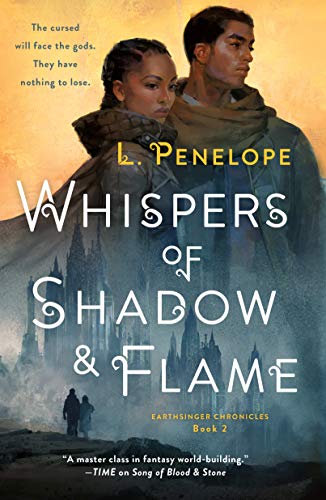 I’m a big fan of L. Penelope’s Earthsinger Chronicles series and started reading it when it was still self-published. Now it’s been picked up by St. Martins Griffin and Whispers of Shadow & Flame, book 2 in the series. will drop on October 1st.

I can’t wait to rediscover this gorgeously crafted world. If you’ve never read fantasy or never read L. Penelope’s work, you won’t be disappointed by giving it a try. So what’s it about? The Mantle that separates the kingdoms of Elsira and Lagrimar is about to fall and change life as they know it. Kyara, a woman born with uncontrollable magic, is forced to earn her keep as an assassin.

Known as the Poison Flame, she wants freedom from her untamed power and the blood curse that controls her. Darvyn ol-Tahlyro may be the most powerful Earthsinger in generations, but guilt over those he couldn’t save tortures him daily.

He isn’t sure he can trust the mysterious young woman who claims to need his help, but when he discovers Kyara can unlock the secrets of his past, he can’t stay away. The two grapple with betrayal, old promises, and older prophecies—all while trying to stop a war.

And when a new threat emerges, they must beat the odds to save both kingdoms. Now, I would definitely recommend reading the first book in the series, Song of Blood & Stone, to fully immerse yourself in the world L. Penelope has created. It’s lush and gorgeously written and full of intriguing characters.

Speaking of Summer by Kalisha Buckhanon

I usually read everything these days on my Kindle but there doesn’t seem to be an ebook version of Kalisha Buckhanon’s Speaking of Summer available so I’ve ordered it in hardback.

The premise has me intrigued: What happened to Summer after she walked up to the roof of her apartment building on a cold December evening?

That’s what her twin sister, Autumn, would like to know. Summer’s disappeared without a trace and the authorities don’t seem very interested in finding her. Autumn pretends to be coping with her sister’s disappearance, but she’s beginning to unravel as she tries to find out the truth about her sister and her fate.

Tell Me Your Secret by Dorothy Koomson

I purchased her latest, Tell Me Your Secret, back in July with the intention of reading it while I was in the US. But life and attending RWA got in the way. I decided to save it for autumn, which—to me—is the best time for reading mysteries and thrillers.

This one is about what happens when Pieta, a journalist who was abducted ten years ago by a man who called himself the Blindfolder. He promised her if she kept her eyes closed for 48 hours, he wouldn’t kill her.

She did as he asked and never told a soul. Now he’s back and the policewoman whose mistakes in the case led to the Blindfolder escaping justice has tracked down Pieta to get her help in catching him. Sounds like a nail biter to me!

I think that should keep me busy over the next few weeks. I’ve already got my eye on a few other books, which I’ve either preordered already or had on my Kindle for a while, including Get a Life, Chloe Brown by Talia Hibbert, A Cupboard Full of Coats and The Mother by Yvvette Edwards, V Is for Villainous by Danielle Allen, and Royal Holiday by Jasmine Guillory.