From A Short Story to A Book Series: An Interview With K.L. Hall 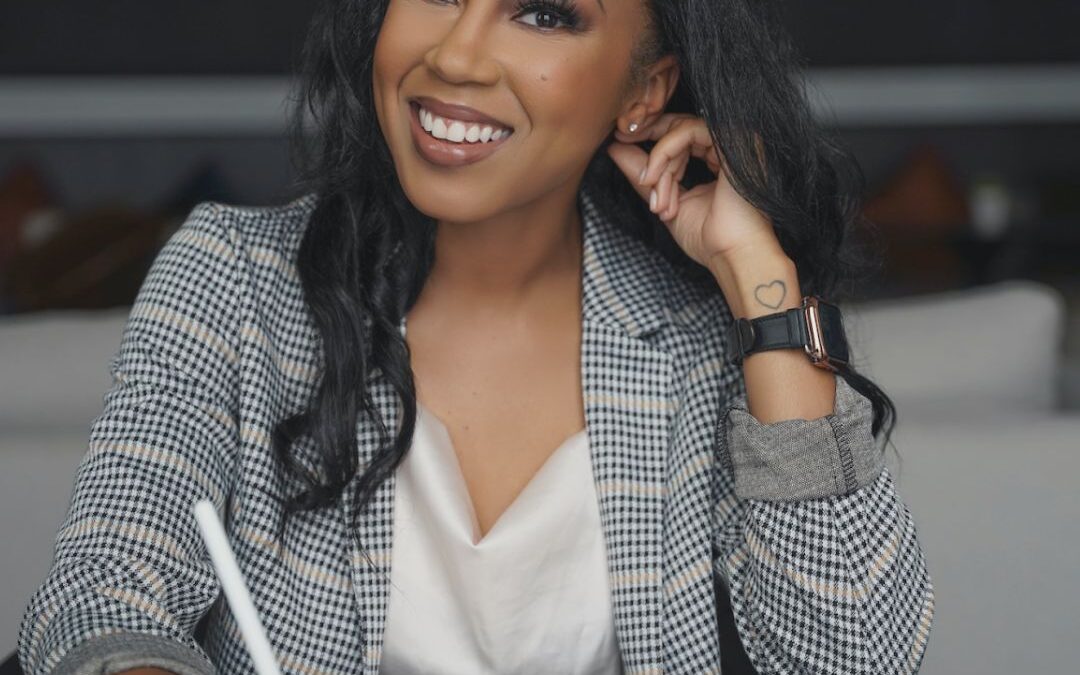 Whenever I’m looking for a new book to read I always gravitate to the synopsis of a book or I ask other Sistah Girls what they’re reading to find my next read. However, that all changed when I was editing a short story that was going to be published on our site.

We have a short stories section where writers can submit a short story, we then publish and promote it on our platform. The twist? Readers vote at the end on whether the story should be turned into a novel, novella, or if the writer should consider moving on. The goal is for writers to publish their work and get some honest feedback.

K.L. Hall submitted “Something Borrowed,” and I like all the other readers wanted more. She was already a published author yet she still desired feedback from readers. And because readers voted for more, Hall turned her short story into a novel that is now part of her Potomac Falls series.

Hall is a national bestselling and award-winning author. As a serial storyteller, she has penned over three dozen titles in various genres—including African American urban fiction and romance, paranormal, children’s books, and non-fiction. Her fictional stories straddle the intersection of classing Urban and spell-binding Romance.

I caught up with Hall to talk about her career as a writer, how she turned a short story into a novel, and we also got to chat about her writing process.

SGBC: Tell me a little bit about yourself, where are you from, what was your career before writing, and who was the first person that told you one of your stories was hot?

K.L. Hall: Hey there! I’m Kimberley, but I go by the pen name K.L. Hall. I’m from a small town in Virginia. Before I decided to take the plunge into self-publishing in 2013, I was off for the summer from my teaching assistant job and was making ends meet by doing some online freelance writing (graduated the summer before with a bachelor’s in print journalism, and minors in writing and African American studies).

So, I’d always loved to write in some fashion. But, anytime I ever dared to Google anything about publishing a book I was always hit with a lot more than I bargained for. You know, write a million query letters, search high and low for a literary agent, and maybe THEN you can become a published author.

I was 23 at the time, and all that was extremely daunting to me. It wasn’t until after I talked to my older cousin that I learned about Amazon’s self-publishing platform and all that entailed, so I spent my summer watching YouTube videos, downloading stock images, and getting free trials of Adobe Photoshop to try and create a makeshift book cover.

No editor. No promotion. No team. No marketing. Nothing. But, boom–I was published and told NO ONE. When the link went live, I sent it to maybe like 3-4 of my friends and was like, “Yo, guess what? I published a book! Buy it!” lol. I literally thought I would publish and overnight people would find it and buy it and read it and I would be this humongous writing star.

Incorrect. But, I did have a few of my friends who did support and did take the time to read (it was a 23-page short story), and surprisingly, they all were like, “damn, that was actually dope.”

SGBC: You were already a writer when you submitted a short story to our site, what made you submit the story and then turn it into a novel?

K.L. Hall: I’m always looking for ways to put myself out there and interact with more readers. When I wrote “Something Borrowed,” I was in a bit of a writer’s rut. We were in the pandemic, I’d just had a baby, and as much as I may have wanted to write, I didn’t have the bandwidth.

So, just being able to say that I started and finished something was a win for me. When I saw you all were open for submissions, I originally wanted to submit a longer short story (which I also ended up turning into a novella), but it was too long, so I was like okay, “Something Borrowed” works, and submitted that one.

I definitely didn’t expect the readers to be like yassss, we want more! So, it took me a while to circle back around to it (again, I be sitting with shit for a minute before I make my moves–chess, not checkers lol), but I think what I ended up creating was so much more than what I ever anticipated it to be. I LOVE the Potomac Falls series. 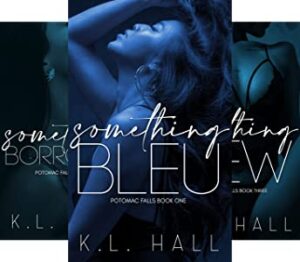 SGBC: When writing, what are the must-have items that you need before you begin?

K.L. Hall: I need my Google Doc open with ONLY the chapter that I’m focusing on for the session. I gotta have either a chill lofi hip-hop playlist on or a custom-curated playlist of songs specific to the book I’m writing. Oh, and something to wet my whistle on the side.

SGBC: Characters and storylines can become redundant, how do you ensure that your stories are fresh and memorable?

K.L. Hall: I sit with my books, and all that they entail until I feel like I have a good grasp of the characters I’m working with and the story I’m trying to tell. I like to show growth, and I think as humans, readers like to see that. You can remember how rogue a character may have been in book one, but by the time we get to book three, we’ve seen them go through some things, and come out on the other side of it.

Another thing I like to do is take a situation and turn it on its head just to see what that may do to the character at that moment, and throughout the rest of the book or the series. On another note, I have also self-proclaimed myself the “Queen of Cliffhangers,” and nothing gets me more than taking a reader right to the top of the hill and then letting them sit and wait, bite their nails a bit, pull out a couple tracks, you know?

To hit somebody with something that they didn’t see coming and they have no direct resolution to it? That’s thrilling as hell for me. It keeps a story fresh. It keeps the reader wanting more, and keeps them right where I want them–locked in, engaged, and ready for the next episode.

SGBC: People always ask writers, “what is the hardest part about writing?” I want to know what has been the most rewarding?

K.L. Hall: The reviews and direct interaction with the readers whether it’s on social media, DMs, email, whatever. I’ve learned that I’m not going to be everyone’s cup of tea, and I don’t aspire to be. But for the people who do take the chance, and they do go on these different journeys with me, reading their thoughts and emotions and feelings at the end of it is EVERYTHING to me.

K.L. Hall: Hmm. I think I’d have to say The Illest Taboo series. It’s a solid two-book series, with characters (River and Maverick) that I truly enjoyed creating and getting to know.

SGBC: What character and story were the most memorable to write?

K.L. Hall: I think it’s a tie between the Calloway brothers/family (In the Arms of a Savage) and River and Maverick (The Illest Taboo). Here’s why: Law and Raquel put me on the map. In the Arms of a Savage was my fifteenth book, and it was my very first number one bestseller. I went on to write six books (including spin-offs, etc).

So, I was very close to those characters. But, when I did get back into the swing of publishing, River and Maverick were the ones who brought me back to the forefront of readers’ minds who maybe hadn’t heard from me in a minute.

SGBC: When writing scenes that are mentally draining, how do you prepare before and what do you do to decompress after writing those scenes?

K.L. Hall: If I know I have a mentally draining scene coming up, I’m preparing to only write that for my session, and then we putting something funny or lighthearted on the TV.

But when I’m planning and preparing, I like to ask myself a lot of questions (how would you react, what would this person realistically do, etc), do my research, and sometimes I write those scenes out on paper before typing them to connect to it even more.

SGBC: What genre or storyline are you interested in writing but keep pushing to the back of your mind?

K.L. Hall: I think paranormal or like something more action-packed instead of more romantic. I like action/adventure movies, but I LOVE writing sexy books, so I don’t know if I can write one with limited sexy, haha.

SGBC: The business of writing can be tough, what were three things you did right that helped you on the business side?

K.L. Hall: One, I asked for help when I felt I needed direction. Two, I didn’t succumb to writing for the people instead of writing for myself. Three, I made good connections with solid people.

SGBC: Defining success is subjective, some people look at the number of books published, ranking, or money made to determine an author’s success. How do you measure and define success for yourself?

K.L. Hall: I don’t know that I have the same baseline for each project as far as the number of books sold, preorders, or ranking, but I will say that a common factor for all of my releases is that I base my “success” on the overall consensus of the readers.

Were there mostly 5 and 4-star reviews? For the people that wrote reviews, did they have any constructive criticism that I can take and use in my next book? Things like that.

K.L. Hall: Hmm. Sooo tough! I don’t know that I can narrow it down to three books, but I will choose three authors lol. Is that cheating?

Okay, so I would have to say one book would have to be from Aubree Pynn, another from Mercy B, and the last would be from B. Love.

SGBC: What do you have coming up next and where can readers find you?

K.L. Hall: Next up, I’ll be back in a Miami state of mind and releasing the third and final book in the Heist of Hearts series, A Lover’s Heist III. This will follow Baby, the youngest of the Snow brothers.

Readers can find me on Instagram @authorklhall and @officialklhall. I’m also on Facebook at Author K.L. Hall, and they can subscribe to my email tribe for freebies and exclusives HERE.