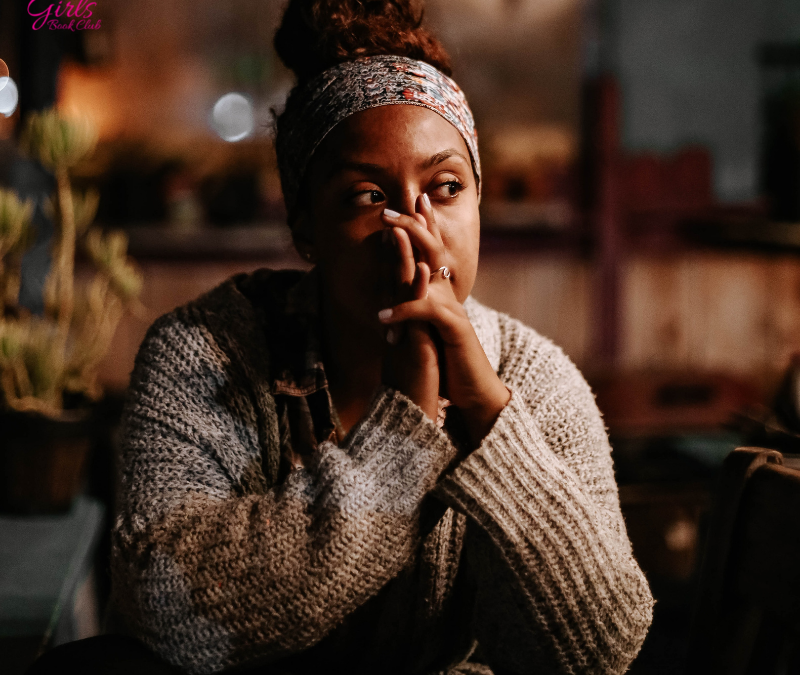 The month of May highlights many causes, one of them is Mental Health Awareness. Raising awareness around the many facets of mental health is not always easy, so we put together a list of books that can help best understand mental health wellness.

Bipolar Faith by Monica A. Coleman

Monica A. Coleman’s great-grandfather asked his two young sons to lift him up and pull out the chair when he hanged himself, and that noose stayed in the family shed for years. The rope was the violent instrument, but it was mental anguish that killed him. Now, in gripping fashion, Coleman examines the ways that the legacies of slavery, war, sharecropping, poverty, and alcoholism mask a family history of mental illness.

hose same forces accompanied her into the black religious traditions and Christian ministry. All the while, she wrestled with her own bipolar disorder. Bipolar Faith is both a spiritual autobiography and a memoir of mental illness. In this powerful book, Monica Coleman shares her life-long dance with trauma, depression, and the threat of death.

Black Pain: It Just Looks Like We’re Not Hurting by Terrie M. Williams

Terrie Williams knows that Black people are hurting. She knows because she’s one of them. Terrie had made it: she had launched her own public relations company with such clients as Eddie Murphy and Johnnie Cochran. Yet she was in constant pain, waking up in terror, overeating in search of relief. For thirty years she kept on her game face of success, exhausting herself daily to satisfy her clients’ needs while neglecting her own.

Terrie finally collapsed, staying in bed for days. She had no clue what was wrong or if there was a way out. She had hit rock bottom and she needed and got help. She learned her problem had a name — depression — and that many suffered from it, limping through their days, hiding their hurt. As she healed, her mission became clear: break the silence of this crippling taboo and help those who suffer.

Too Heavy a Yoke: Black Women and the Burden of Strength by Chanequa Walker-Barnes

Black women are strong. At least that’s what everyone says and how they are constantly depicted. But what, exactly, does this strength entail? And what price do Black women pay for it?

In this book, the author, a psychologist and pastoral theologian, examines the burdensome yoke that the ideology of the Strong Black Woman places upon African American women. She demonstrates how the three core features of the ideology–emotional strength, caregiving, and independence–constrain the lives of African American women and predispose them to physical and emotional health problems, including obesity, diabetes, hypertension, and anxiety.

She traces the historical, social, and theological influences that resulted in the evolution and maintenance of the Strong Black Woman, including the Christian church, R & B and hip-hop artists, and popular television and film. Drawing upon womanist pastoral theology and twelve-step philosophy, she calls upon pastoral caregivers to aid in the healing of African American women’s identities and crafts a twelve-step program for Strong Black Women in recovery.

Not Alone: Reflections on Faith and Depression by Monica A. Coleman

The author speaks from the heart as minister, woman, friend, professional, and person who lives with depression. This 40-day devotional offers a tool that guides the reader back to faith through personal exploration and experiences of strength, hope, love, and spirit.

Two-time Grammy-winning rap artist, Lecrae, learned this lesson through more than his share of adversity—childhood abuse, drugs and alcoholism, a stint in rehab, an abortion, and an unsuccessful suicide attempt.

Along the way, Lecrae attained an unwavering faith in Jesus and began looking to God for affirmation. Now as a chart-topping industry anomaly, he has learned to ignore the haters and make peace with his craft. The rap artist holds nothing back as he divulges the most sensitive details of his life, answers his critics, shares intimate handwritten journal entries, and powerfully models how to be a Christian in a secular age. This is the story of one man’s journey to faith and freedom.

The Mother of Black Hollywood: A Memoir by Jenifer Lewis

From her more than three hundred appearances for film and television, stage and cabaret, performing comedy or drama, as an unforgettable lead or a scene-stealing supporting character, Jenifer Lewis has established herself as one of the most respected, admired, talented, and versatile entertainers working today.

When an undiagnosed mental illness stymies Jenifer’s career, culminating in a breakdown while filming The Temptations, her quest for wholeness becomes a harrowing and inspiring tale, including revelations of bipolar disorder and sex addiction. Written with no-holds-barred honesty and illustrated with more than forty color photographs, this gripping memoir is filled with insights gained through a unique life that offers a universal message: “Love yourself so that love will not be a stranger when it comes.

Shook One: Anxiety Playing Tricks on Me by Charlamagne Tha God

Being “shook” is more than a rap lyric for Charlamagne, it’s his mission to overcome. While it may seem like he’s ahead of the game, he is actually plagued by anxieties, such as the fear of losing his roots, the fear of being a bad dad, and the fear of being a terrible husband. Shook One chronicles his journey to beat those fears and shows a path that you too can take to overcome the anxieties that may be holding you back.

Charlamange hopes Shook One can be a call to action: Getting help is your right. Therapy and showing weakness are not always easy subjects, but if you go to the gym three or four times a week, why can’t you put that same effort and energy into getting mentally strong?

Trina is eighteen and suffers from bi-polar disorder, making her paranoid, wild, and violent. Frightened by her own child, Keri searches for help, quickly learning that the mental health community can only offer her a seventy-two-hour hold. After these three days, Trina is off on her own again.

Fed up with the bureaucracy and determined to save her daughter by any means necessary, Keri signs on for an illegal intervention known as The Program, a group of radicals who eschew the psychiatric system and model themselves after the Underground Railroad. In the upheaval that follows, she is forced to confront a past that refuses to stay buried, even as she battles to secure a future for her child.

Adrena Reynolds is the teenage survivor of years of child abuse that leaves her filled with murderous rage. State- assigned, psychiatrist Vivian Matthews tries to help Adrena overcome the psychological damage she has suffered.

Their relationship grows beyond that of doctor-patient and Dr. Matthews takes Adrena into her personal life, which includes the handsome, sexy, and successful Howard Shaw. Therapy and love bring Adrena to the brink of happiness, but will the insane legacy of her past allow Adrena to live . . . and let live?

Have you ever loved someone so much that it hurt? I have. Have you ever cherished the pain because you knew the kind you’d face without them would be way too unbearable? That’s me. To young Neeka Perry, Denny is one thing. In the streets, he’s a whole other entity. But she was brave enough to love both sides, upside down, all around, and back again. He provided her with all a girl could believe she dreamed of – security, desire, and most enviably, genuine love, all wrapped up in gold and diamonds.

He removed her far from the course of her ordinary college girl lifestyle and swept her into his world of whimsical madness. For this and more, her love went beyond loyalty. She was devout… devout to him. But is there a such thing as too much passion? Can you love someone too much? And when you realize the person you love and the person everyone fears can also be the one everyone loves and you can one day soon fear, who will save you? Especially when the person you need saving from, is yourself…?

Stop right there. I don’t want to be saved. I’ve shackled myself to him with love. And I swallowed the key. I’m in this for the long run.
I am devout.