11 Black Classics You Should Read In Your Lifetime 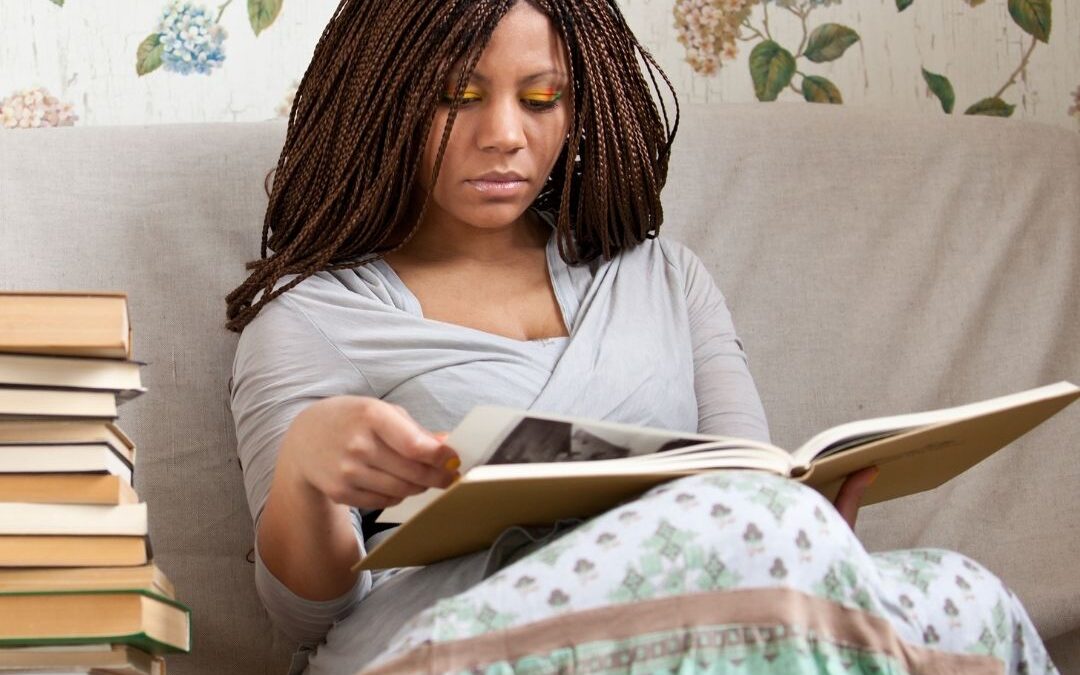 Reading preferences are subjective. Nothing has driven that point home for me more than the GoodReads comment and review section. I quickly learned that one person’s favorite read is another person’s D.N.F (Did Not Finish).

That is why considering all of the genres and writers that exist in the literary universe it is extraordinary when a majority of readers can unanimously agree on a classic. For a long time, I thought classics had to be old. On top of that, the curriculum from middle to high school and their selection of literature suggested that the authors of classics were typically white men.

Neither of those things was true. Over the years my personal definition of a classic book has regressed into simply something of lasting worth. To pick up a book more than once and gain something each time suggests a classic.

Or a story that is not only able to reach but actually resonates over generations suggests a classic. Black classics are classics and there is no need to segregate our offerings to the literary world. But I would be remiss if I didn’t say that certain books hold a special place in our collective hearts because we tell our own stories so well. Here is a list of 11 Black reading classics:

PULITZER PRIZE WINNER • NEW YORK TIMES BESTSELLER • An unflinchingly look into the abyss of slavery, from the acclaimed Nobel Prize winner. This spellbinding novel transforms history into a story as powerful as Exodus and as intimate as a lullaby.

Sethe, its protagonist, was born a slave and escaped to Ohio, but eighteen years later she is still not free. She has too many memories of Sweet Home, the beautiful farm where so many hideous things happened.

And Sethe’s new home is haunted by the ghost of her baby, who died nameless and whose tombstone is engraved with a single word: Beloved. Filled with bitter poetry and suspense as taut as a rope, Beloved is a towering achievement.

Not Without Laughter by Langston Hughes

‘Not Without Laughter’ (1930) is drawn in part from the author’s own recollections of youth and early manhood. This stirring coming-of-age tale unfolds in 1930s rural Kansas. A poignant portrait of African-American family life in the early twentieth century, it follows the story of young Sandy Rogers as he grows from a boy to a man.

We meet Sandy’s mother, Annjee, who works as a housekeeper for a wealthy white family; his strong-willed grandmother, Hager; Jimboy, Sandy’s father, who travels the country looking for work; Aunt Tempy, the social climber; and Aunt Harriet, the blues singer who has turned away from her faith.

A fascinating chronicle of a family’s joys and hardships, ‘Not Without Laughter’ is a vivid exploration of growing up and growing strong in a racially divided society. A rich and important work, it masterfully echoes the black American experience.

“If one had to identify the single most influential shaping force in modern Black literary history, one would probably have to point to Wright and the publication of Native Son.” – Henry Louis Gates Jr.

Right from the start, Bigger Thomas had been headed for jail. It could have been for assault or petty larceny; by chance, it was for murder and rape. Native Son tells the story of this young black man caught in a downward spiral after he kills a young white woman in a brief moment of panic.

Set in Chicago in the 1930s, Richard Wright’s powerful novel is an unsparing reflection on the poverty and feelings of hopelessness experienced by people in inner cities across the country and of what it means to be black in America.

This edition of Native Son includes an essay by Wright titled, How “Bigger” was Born, along with notes on the text.

From a fresh new voice with the talent to burn comes this brash bitter-sweet novel about Tracy Ellison, a young girl with knockout looks, slanted hazel eyes, tall hair, and attitude, as she comes of age during the hip-hop era.

Motivated by the material life, Tracy, her friends, and the young men who will do anything to get next to them are plunged into a world of violence, gratuitous sex, and heartbreak. Slowly, Tracy begins to examine her life, her goals, and her sexuality—as she evolves from a Flyy Girl into a woman.

A captivating tale, written with fluid narrative and contemporary dialect, Flyy Girl captures the complete feel and sounds of the streets and is destined to become an urban classic.

I came busting into the world during one of New York’s worst snowstorms, so my mother named me Winter.

Ghetto-born, Winter is the young, wealthy daughter of a prominent Brooklyn drug-dealing family. Quick-witted, sexy, and business-minded, she knows and loves the streets like the curves of her own body.

But when a cold Winter wind blows her life in a direction she doesn’t want to go, her street smarts and seductive skills are put to the test of a lifetime. Unwilling to lose, this ghetto girl will do anything to stay on top.

The critically acclaimed novel about four women who learn how to carry on while leaning on each other from the #1 New York Times bestselling author of How Stella Got Her Groove Back and It’s Not All Downhill From Here.

When the men in their lives prove less than reliable, Savannah, Bernadine, Gloria, and Robin find new strength through a rare and enlightening friendship as they struggle to regain stability and an identity they don’t have to share with anyone. Because for the first time in a long time, their dreams are finally OFF hold…

The Autobiography of Malcolm X by MALCOLM X

In the searing pages of this classic autobiography, originally published in 1964, Malcolm X, the Muslim leader, firebrand, and anti-integrationist, tells the extraordinary story of his life and the growth of the Black Muslim movement.

His fascinating perspective on the lies and limitations of the American Dream, and the inherent racism in a society that denies its nonwhite citizens the opportunity to dream, gives extraordinary insight into the most urgent issues of our own time.

The Autobiography of Malcolm X stands as the definitive statement of a movement and a man whose work was never completed but whose message is timeless. It is essential reading for anyone who wants to understand America.

I Know Why the Caged Bird Sings by Maya Angelou

Here is a book as joyous and painful, as mysterious and memorable, as childhood itself. I Know Why the Caged Bird Sings captures the longing of lonely children, the brute insult of bigotry, and the wonder of words that can make the world right. Maya Angelou’s debut memoir is a modern American classic beloved worldwide.

Sent by their mother to live with their devout, self-sufficient grandmother in a small Southern town, Maya and her brother, Bailey, endure the ache of abandonment and the prejudice of the local “powhitetrash.”

At eight years old and back at her mother’s side in St. Louis, Maya is attacked by a man many times her age—and has to live with the consequences for a lifetime. Years later, in San Francisco, Maya learns that love for herself, the kindness of others, her own strong spirit, and the ideas of great authors (“I met and fell in love with William Shakespeare”) will allow her to be free instead of imprisoned.

Poetic and powerful, I Know Why the Caged Bird Sings will touch hearts and change minds for as long as people read.

“I Know Why the Caged Bird Sings liberates the reader into life simply because Maya Angelou confronts her own life with such a moving wonder, such a luminous dignity.”—James Baldwin

“Angela Davis is herself a woman of undeniable courage. She should be heard.”—The New York Times

Angela Davis provides a powerful history of the social and political influence of whiteness and elitism in feminism, from abolitionist days to the present, and demonstrates how the racist and classist biases of its leaders inevitably hampered any collective ambitions.

While Black women were aided by some activists like Sarah and Angelina Grimke and the suffrage cause found unwavering support in Frederick Douglass, many women played on the fears of white supremacists for political gain rather than take an intersectional approach to liberation.

Here, Davis not only contextualizes the legacy and pitfalls of civil and women’s rights activists, but also discusses Communist women, the murder of Emmitt Till, and Margaret Sanger’s racism. Davis shows readers how the inequalities between Black and white women influence the contemporary issues of rape, reproductive freedom, housework and child care in this bold and indispensable work.

The Color Purple by Alice Walker

Winner of the Pulitzer Prize and the National Book Award, this novel about a resilient and courageous woman has become a Broadway show and a cultural phenomenon.

Celie has grown up poor in rural Georgia, despised by the society around her and abused by her own family. She strives to protect her sister, Nettie, from a similar fate, and while Nettie escapes to a new life as a missionary in Africa, Celie is left behind without her best friend and confidante, married off to an older suitor, and sentenced to a life alone with a harsh and brutal husband.

In an attempt to transcend a life that often seems too much to bear, Celie begins writing letters directly to God. The letters, spanning twenty years, record a journey of self-discovery and empowerment guided by the light of a few strong women.

She meets Shug Avery, her husband’s mistress and a jazz singer with a zest for life, and her stepson’s wife, Sophia, who challenges her to fight for independence. And though the many letters from Celie’s sister are hidden by her husband, Nettie’s unwavering support will prove to be the most breathtaking of all.

Winner of the Newbery Medal, this remarkably moving novel has impressed the hearts and minds of millions of readers.

Set in Mississippi at the height of the Depression, this is the story of one family’s struggle to maintain their integrity, pride, and independence in the face of racism and social injustice.

And it is also Cassie’s story—Cassie Logan, an independent girl who discovers over the course of an important year why having land of their own is so crucial to the Logan family, even as she learns to draw strength from her own sense of dignity and self-respect.