5 Black Romance Novels To Read While On Vacation 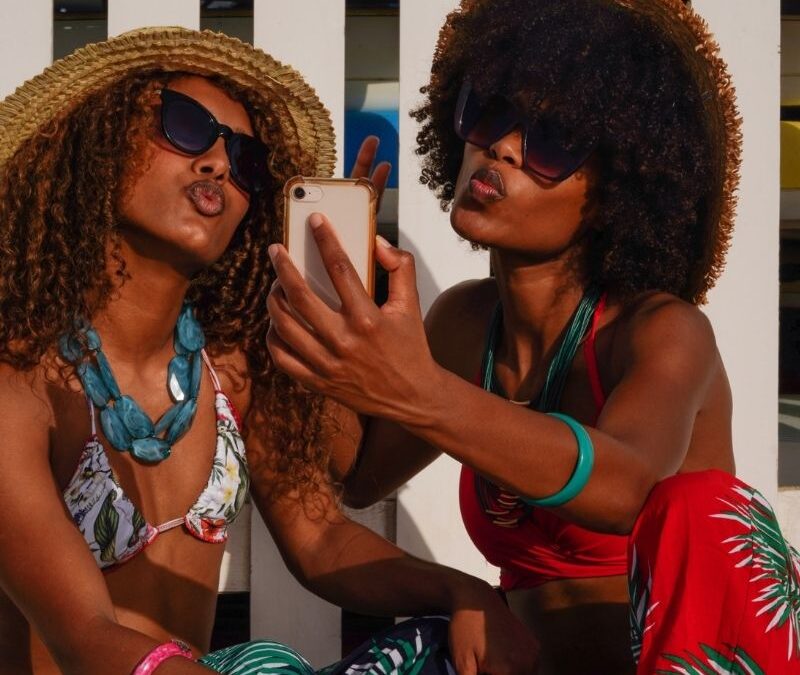 Sistah Girls, have you all seen the TikTok where the lady is dancing down the walkway to board the plane and the caption is like, “PTO stands for prepare the others, cause I’m still going?”

If you have, then more than likely you laughed yourself silly for one or two reasons. One: You know a coworker like that or Two: you’re like that yourself.

Whatever your reasoning for finding humor in the relatable skit, I think there’s one thing we all can agree on…when you go on vacation, there’s nothing like having a good book or five with you.

Now Sistah Girls, I’m not saying vacation shouldn’t be spent swimming in the ocean, exploring a new place, eating great local foods, or even getting a five-star spa treatment.

All I’m saying is, think of how much-uninterrupted reading time that is! I see the wheels turning in your heads, so why don’t I do my part in helping you make the most of your vacation downtime.

Without further ado, please allow ya favorite Midwest Gypsy to share with you 5 Black romance novels to read while on vacation…

A true OP (Original Pen) in the Black romance game, Brenda Jackson’s first book of the Westmoreland family series is one of my favorite repeat reads when I need to feel emotions deeper than the ocean runs.

Delaney Westmoreland is ready for some peace of mind after graduating from medical school. After eight years of nonstop studying, she’s more than earned a month at her cousin’s secluded, luxurious cabin.

Unfortunately, it’s already occupied! The good news: the stranger is drop-dead gorgeous. The bad news: all he wants is to put her luggage back in the car so she can leave immediately. Click here to read the full synopsis.

Because it’s a heartwarming, steamy enemy-to-lovers novel, Jamal and Delany’s vacation romance will have you looking for one of your own. Or at the very least, a very sexy scuba instructor to flirt with.

Don’t Let Me Down: Milani & Lance by Talena Tillman

Any book that uses “Ciara’s prayer” as their character’s “and if I ever fall in love again” moment, is certifiably a Black romance banger in my opinion. Such is the case of Talena Tillman’s latest release, Don’t Let Me Down.

One night, while out celebrating a new deal, Milani Davis runs into Lance Knight. Instantaneously, she’s drawn to him like a moth to a flame. The feeling is mutual for him. From the moment Lance laid eyes on her, he told himself that she would be his. He had to have her. No ifs, ands, or buts about it. In a simple world, everything was perfect. They were a match made in heaven.

However, this is reality. And in reality, there seem to always be obstacles. Milani is damaged and heartbroken from a previous marriage and she is adamant about not traveling down that road again. Will Lance be able to knock down her high walls? Will he manage to mend a heart that he did not break?

Lance’s intentions with a broken Milani were clear from the moment he shot his shot. He wanted to be the answer to her prayer.

This read is completely swoon-worthy, with just the right hint of rugged alpha male behavior we know and love. Tillman does a terrific job of penning characters that make you root for them to heal, give, and receive all the love they deserve.

Everything and More by K. Lashaun

This story is enemies-to-lovers, witty, raw, and relatable. These are just a few of the words that come to mind when I think of K. Lashaun’s characters, Rumor Finley and West Vaughn.

Moments before Rumor Finley is set to board a plane and fly across the country for her baby sister’s wedding, her quick temper lands her in a rental car with a man she loved to annoy, the groom’s cousin, West Vaughn.

West didn’t get Rumor. At all. True, he’d engaged with her in insult battles for the last five years, but the woman was still an enigma he wasn’t sure he wanted to solve. But the close proximity to her weakens his resolve and reveals feelings he thought he’d buried, causing him to look at Rumor with more than a feigned annoyance.

To their surprise, during the road trips, sparks fly, and feelings they’d suppressed after a night of passion years ago resurface for the sworn enemies.

You know that moment when the story’s brooding lead male realizes that he feels something for the female lead? And even though you’ve known all along that the two would get together-because DUH, it’s a love story-you still find your heart racing from the intimate moments that lead up to that first “I love you” between the two?

That is what Lashaun effortlessly delivers in this book. From the first page, a connection is established between the reader and the characters making this a book you will find yourself finishing in one sitting.

Together Again: a novelette by D. Rose

I typically don’t read novelettes if they don’t go past a certain page number because I’m what I like to call page greedy. Meaning once I get a hint of a good story, I want more and more of the characters until their grandchildren have grandchildren. However, when it came to the 74-page novelette “Together Again” by D. Rose, I actually ended the book with a sense of satisfaction.

For Chanel, a much-needed girls’ night out turns into a whirlwind of romance with her former high school crush, Ace. When their worlds collide, old feelings resurface, and an intense love affair ensues.

This sexy novelette is the perfect way to kick off or end your vacation time. The ride that Chanel and Ace take you on will make you want to call your boo thang and express your sentiments for them until the two of you are together again.

If you’re anything like me, you immediately started singing Biz Markie’s hit once you saw the title of this book. Well, it’s time to stop singing and pay all attention to Harlowe and _________ (I can’t give it away) as the pair find themselves in the most comical, endearing, yet difficult place to be when you’re in a friend group…in love.

Being the only girl in a group of guys is hard work. It’s the equivalent of having multiple fathers who think they can dictate every detail of your life.

Harlowe’s been dealing with it for years, but as of late, she’s been wanting to venture out and find love. As expected, the guys think this is a terrible idea. That’s all well and good, but Harlowe is going to do it anyway.

Before she can, one of her guys starts looking at her differently, and she can’t help but look back.

AshleyNicole is known for two things in her works: making you laugh out loud with her character’s dialogue and for setting up a heart-aching Black romance that will have you re-reading the pages over and over again.

This book is the perfect read to get into while you’re resting by the pool, while you wait on room service, or even as you head home from vacation, but still are in need of a little pick me up to kick off the week. Harlowe and ___________ (still won’t spoil her mate’s name), are adorably humorous and romantic.

Sistah Girls, let me know in the comments below what your favorite vacation reads are. Until next time, remember PTO stands for prepare the others!