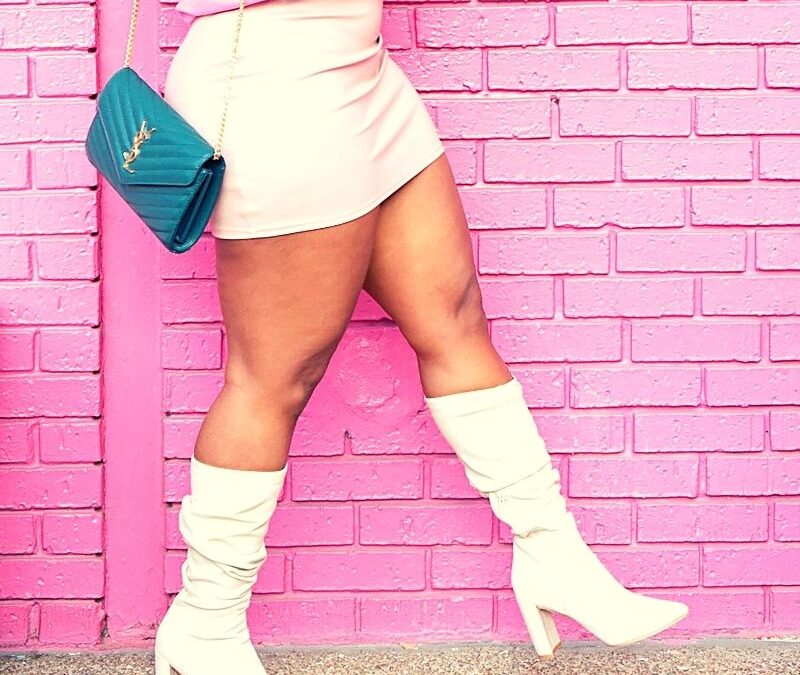 Sistah Girls, we know Black women get loved on at every size, and our first listicle featuring plus-sized Black women proved it. We also know that one listicle just isn’t enough when there are so many Black romance novels that showcase Black plus-sized women getting their happily ever after.

So here is a new list of stories with plus-size beauties looking for love and finding it with men they least expected. Love can be hard, but these couples showed us that fighting for love is worth it.

A Beautiful Surprise: The Davenport Dynasty by Robbi Renee 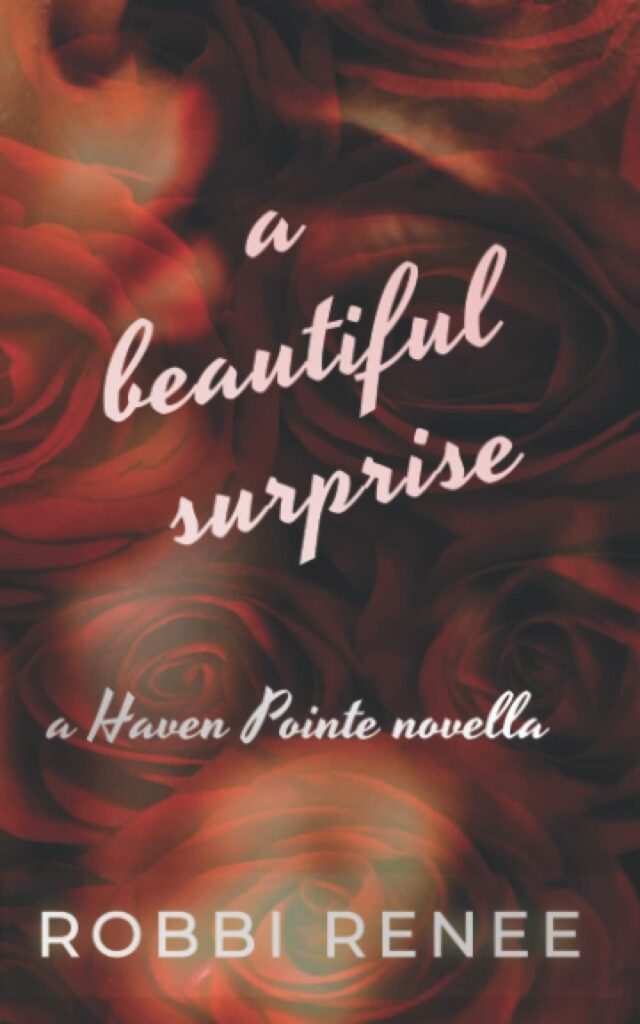 Kismet or Karma? Fate or Far-fetched? Love or Lust? Friend or Foe?

Jameson Davenport’s sexy swag is undeniable in Haven Pointe. The youngest son of the Davenport family dynasty, Jameson is not a man who promises any woman tomorrow. What you see is what you get. And what the ladies get from Jameson is an unforgettable night of fiery, thigh-aching passion. But what happens when his playboy behaviors are no longer fulfilling?

Giselle Dean, owner of Bonafide Beauty Boutique, is a pretty, curvaceous beauty, and wellness extraordinaire who’s more than ready to ring wedding bells with her fiancé. However, love plays unsuspecting tricks on her when she finds herself massaging more than her best friend’s injuries, causing her to reflect on what she really wants… or who.

Jameson and Giselle find themselves in unfamiliar territory. However, it’s one filled with unexpected pleasantries and revitalizing passion. What happens when best friends collide? Is it a beautiful surprise or a hideous catastrophe? Check out Jameson and Giselle and see how they toe the line of becoming lovers and friends.

It’s Gotta Be You by Kimberly Brown

Zenni Calloway is a plus-sized beauty who hasn’t always felt confident in her appearance. She’s dealt with years of constant scrutiny, under the guise of tough love at the hands of her mother in addition to being fetishized by men who want nothing more than to indulge in her in private only.

Frustrated with dating altogether, Zenni has cut herself off from the world of men, until a blast from the past shows up with intention of giving her everything she’s been missing.

Idris Bailey has always had a soft spot for Zenni Calloway. Spending summers with his grandparents introduced him to the woman he’s never been able to let go of since childhood.

When he moves back to town to care for his ailing grandmother, he comes face to face with the plus-sized beauty that stole his heart all those years ago. Determined not to miss his shot this time, Idris sets out to be everything Ms. Zenni never knew she needed.

Will Zenni allow herself to be loved the way she deserves, or have her experiences hardened her heart forever?

CRUSH – A person with whom someone is infatuated!

INFATUATION – Is the exact sentiment Myon Willis gets when he thinks of Kai. Lusting for her back in their senior year of high school and seeing her in the now brings back old feelings he doesn’t want to escape. In addition, her being married puts his feelings on pause.

Kai Porter gives you “one chance” only to play with her heart. Heartbreak was something she thought she surpassed when she married her husband. Yet, he finds out the hard way just what playing with Kai’s heart can lead to.

Zykee Porter got his “one chance”. Taking infidelity to a level of no return. Thinking with the wrong “head” has him regretting every time he stepped out on his wife. He wasn’t mentally prepared for the loss he was about to endure. Yet, is he mentally strong enough to survive without the one person who became his peace?

The Marriage Contract by Shay Davis

Boring. Invisible. Pretty for a plus-size girl. Those were all the things I felt about myself, thanks to my chosen career as an accountant and society’s depiction of the perfect female.

For once, I wanted to be something, no someone, different. So, I booked a trip to Vegas for my birthday. Then, walks in Soul Matthias, treating me and my body as anything but ordinary. He lit a fire inside of me. However, it wasn’t real.

Player. Bad boy. High risk. That’s what the blogs depicted me as. That’s what baseball owners banked on to lowball my contract extension. I didn’t care about social media, but I definitely cared about my money. I had to get my act together. Then, struts in Alexa Livingston. A breath of fresh air, someone completely different than what I had ever been used to. But what we had wasn’t real. It was just a marriage contract. Or was it?

We find Savannah celebrating her 39th birthday with her best friends, Chanel Alexander and Jack Anthony, who have grown weary of Savannah’s constant planning and lack of excitement. The ladies help Savannah draft a list of 40 things that she has never done but wants to do before her 40th birthday.

The story continues to take you on a whirlwind journey of laughter, tears and struggles that help Savannah figure out what she really wants in life and also discover the happiness that she both desires and deserves.

Note: this book is part of a series.

Blake Remington was my first kiss. It happened when we were eight years old. I proposed with a Ring Pop in her backyard. I knew right then she was the one for me. I had no idea what love meant back then. But I knew once we got older, I was going to conquer my fears and tell her how I felt.

One mistake in college ruined it all. She hated me for betraying her. She cut me off. And just like that…Blake Remington became my first heartbreak. Eight years passed before our paths crossed again. Now, she was back in my life and I refused to let anything stand in our way.

Not the lies. Not the rumors. And definitely not her boyfriend. We had too much history to let everything go. She never stopped being mine. And I’d do anything to get her back

Make Me Beg, (The Bucket List Series) by Honesty Price

Griffin hates Vonique and the feeling is mutual. It turns out their disdain for one another is the key ingredient in her search for a partner who can bring her to her knees and blow her mind — in that order. She wants adventure and Griffin is more than happy to oblige. The only question is, exactly how many times can he Make Her Beg?

D’Vaughn and Kris Plan a Wedding by Chencia C. Higgins

D’Vaughn and Kris have six weeks to plan their dream wedding. Their whole relationship is fake.

Instant I Do could be Kris Zavala’s big break. She’s right on the cusp of really making it as an influencer, so a stint on reality TV is the perfect chance to elevate her brand. And $100,000 wouldn’t hurt, either.

D’Vaughn Miller is just trying to break out of her shell. She’s sort of neglected to come out to her mom for years, so a big splashy fake wedding is just the excuse she needs.

All they have to do is convince their friends and family they’re getting married in six weeks. If anyone guesses they’re not for real, they’re out. Selling their chemistry on camera is surprisingly easy, and it’s still there when no one else is watching, which is an unexpected bonus. Winning this competition is going to be a piece of wedding cake.

But each week of the competition brings new challenges, and soon the prize money’s not the only thing at stake. A reality show isn’t the best place to create a solid foundation, and their fake wedding might just derail their relationship before it even starts.

For ten years of Gray Rose’s life, she thought no other love could measure up to her long-time beau and baby’s father, Gunz Marciano, until she met Cameron Parthens Jr. He came into her life and turned everything upside down with his devastating good looks, cocky demeanor, brash attitude and unfiltered way of speaking.

When they first met it was hate at first sight. She’d never met someone so rude and hood in her life. Cam made it clear he didn’t want a relationship. He just wanted to smash. Never in a million years did he plan on cuffin’ Gray and making her his wife but over time he found his self fallin’ hard for the plus-size, blue-eyed, half black and Korean beauty. Read the full synopsis HERE.

Who Do You Love by Genesis Woods

Rumor Hayes has always wanted to accomplish two things in her life; to become a respected choreographer and to make her grandmother, a world-renowned dancer with the Alvin Ailey group, proud.

With a popping YouTube channel showcasing her talent, Rumor assumed that the industry would be beating down her door with offers, but gets the disappointment of her life when she realizes that being a plus-size choreographer is not the industry’s standard.

When a chance encounter with music sensation BX literally falls into her lap, Rumor has the chance to do what she’s always wanted to do for a big name artist; choreograph. However, things seem to take a drastic turn when BX wants to do more with her than just dance.

With a best friend who has been secretly waiting in the wings for Rumor to choose him and a new love interest who is able to open up doors she’s been trying to break down for years, will Rumor follow her heart or take the easy way out? In this cute and sexy novella, Rumor Hayes will be tasked with answering the million-dollar question…Who do you love?

ALL HE DESIRES (THE SAVOYS Book 1) by Brenda Jackson

Four stories – Bare Essentials, Tempting Fate, The Perfect Seduction and Simply Wonderful – on the coluptuous woman. More to hold. More to love. Simply Wonderful is a never before published story on the Savvoy family.

Myles Dunning, the thirty-five-year-old CEO of Dunning Bank and Trust, is fighting off one takeover attempt after another to save his family’s historical bank. Recently ranked the third-largest bank in the world, the leaders in the financial industry conspire to prevent further growth by any means necessary.

Chrystina Price is a voluptuous, lovable, powerhouse, whose sole purpose in life is to uplift and protect the man she has loved from the first day they met…Myles Dunning. Discovering enemies, close and afar, Chrystina throws everything she has into uncovering and blocking each attempt to bring Myles down.

After a boardroom victory raised the bank closer to the number two ranking, Myles and Chrystina share a victory kiss that unleashes an unstoppable flow of love that no dam could control.

The bliss of love is short-lived when Miles learns a tragic truth. When the integrity of the family always comes first, is it worth Investing in love?

Desiree Lane has plans. A master plan, to be clear. She’s worked hard, studied hard, and loved hard. But with a bit of knowledge, she’s been missing, she sets about devising a master plan to avenge all she’s lost to love.

Will revenge blind her to what she’s accomplished and all she has or will she learn to trust love again?